The Abbott government has been accused of waging a “war on journalism” by the Media Entertainment and Arts Alliance, which on Friday slammed its new ‘national security’ regime as “the greatest assault on press freedom in peacetime”.

According to the media union, the three tranches of ‘national security’ legislation which passed parliament between October 2014 and March this year undermine the media’s ability to do its job by degrading journalists’ ability to protect the identity of confidential sources.

The MEAA used its annual ‘Report into the State of Press Freedoms in Australia’ to call for changes to the legislation that would protect journalists and their sources.

Legislation forcing telcos to retain all metadata for two years was noted as a particular concern, not least because the Joint Committee on Intelligence and Security has conceded it carries “the purpose of determining the identity of a journalist’s sources”.

“If the identity of whistleblowers can be revealed then that has a chilling effect on public interest journalism,” MEAA CEO Paul Murphy said. “Sources needing anonymity cannot rely on their contact with a journalist being kept secret.”

Under the metadata retention regime, up to 20 government agencies can access metadata revealing the origin, destination, time, duration, type and location of any Australians’ communications.

“Once that is known,” the MEAA said, “the other tranches of national security legislation… can be used to jail both the source and the journalist for up to 10 years.”

Under the new regime, it is an offence to publish information relating to an ASIO ‘special intelligence operation’, irrespective of whether the story is in the public interest. Journalists also have no way of knowing whether information they intend to publish would put them in breach of the legislation.

In certain circumstances, simply having had contact with a “person of interest” to ASIO could result in a journalist being named a “third party” and subjected to additional powers of surveillance, investigation and punishment.

All of this, of course, can be determined through data available under the metadata retention scheme. 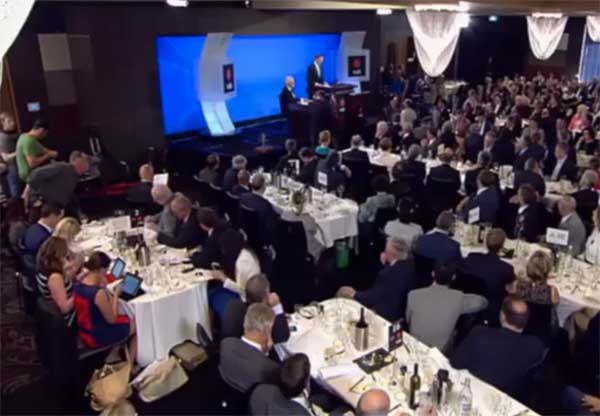 If a journalist is named a “third party”, for instance because they interview a “person of interest”, their whole news organisation could ultimately be surveilled because the definition of ‘computer’ has been broadened to essentially capture any network of computers, the MEAA said.

A single computer access warrant could foreseeably allow for an entire media organisation to be subject to secret access, copying, alteration or deletion of data.

The ‘national security’ laws have prompted a backlash from a broad coalition of 12 major media groups, and the government has been widely condemned for, as the MEAA put it, “attacking the fourth estate while at the same time mouthing platitudes about their commitment to press freedom”.

In response to this pressure, just before the third tranche of laws was passed, the government eventually moved to introduce a ‘journalist information warrant system’ designed to address concerns around confidential sources.

But on Friday the MEAA reiterated its position that the warrant system actually does little to protect journalists and their sources, because it is highly secretive and closely linked to the government.

In fact, the process is so secretive that journalists are not told if they are subject to a warrant, and disclosing the existence of a warrant is an offence which carries a two-year jail sentence.

The only protection of public interest considerations is a so-called ‘public interest advocate’, selected by the Prime Minister and not permitted to have any contact with the relevant journalist or media organisation, and the process includes no review mechanism to examine how many warrants are issued and what they authorise.

There is also no clear trigger for when a ‘public interest advocate’ needs to be involved and, because the decision of whether or not to grant a warrant will be made in secret by a judge, no transparency around how it was determined and whether a disclosure is in the public interest.

The journalist warrant system actually “circumvents” and “nullifies” hard-won shield laws that now exist in most Australian jurisdictions and legally recognise the legitimate public interest in allowing journalists to protect the identity of confidential sources, the MEAA said.

Recent revelations that the government referred eight journalists to the Australian Federal Police for their reporting on asylum seeker issues had, the media union said, provided a timely reminder of why protection of journalistic privilege is important.

It’s a policy area in which the government has been keen to avoid scrutiny, and has tried to shut down media reportage by implementing a media blackout around “on water matters” and preventing journalists from accessing detention centres.

“In short, government agencies were urging the AFP to find sources of stories because the Australian government refused to be honest and open about its immigration activities,” the MEAA said.

“Increasingly,” the MEAA said, “Australian journalists are being attacked for simply doing their job”.