Latest
Search
HomeEnvironment
By New Matilda on May 2, 2015 Environment

The Supreme Court of the United Kingdom has ordered the British government to draw up plans to bring air pollution levels into line with European Union standards, just days after a United Nations report estimated the cost of dirty air to Europe at a “staggering” $1.6 trillion every year.

In the UK, 29,000 deaths are caused by air pollution each year, according to a 2010 study, and the Supreme Court’s unanimous judgement yesterday highlighted the inadequacy of the government’s efforts to tackle the problem.

Despite European Union law requiring member nation’s governments to reduce pollution to a benchmark level by 2010, the UK government’s own plans projected that air pollution would continue to exceed legal levels until 2030.

EarthClient, the environmental group that brought the case, focused on 16 cities and regions known to be air pollution hotspots, including London, Manchester, Leeds, Birmingham and Glasgow.

“We brought our case because we have a right to breathe clean air, and today the Supreme Court has upheld that right,” ClientEarth lawyer Alan Andrews said.

“The new Government, whatever its political complexion, should be left in no doubt as to the need for immediate action to address this issue,” Lord Neuberger said on handing down the judgement.

The government had conceded that citizens were being exposed to illegal levels of air pollution, mostly generated by diesel vehicles, and Andrews said the ruling “will benefit everyone’s health but particularly children, older people and those with existing health conditions”.

“Before next week’s election all political parties need to make a clear commitment to policies which will deliver clean air and protect our health,” he said.

The government had already exceeded the 2010 deadline set by the EU as well as an extended deadline to 2015 to address the issue.

According to its own plans, the government would have been 20 years late in meeting the initial 2010 requirement.

The court ruling comes just a day after the United Nations’ health agency released a report which estimated the “staggering” US$1.6 trillion bill of “the approximate 600,000 premature deaths and of the diseases caused by air pollution" across Europe. 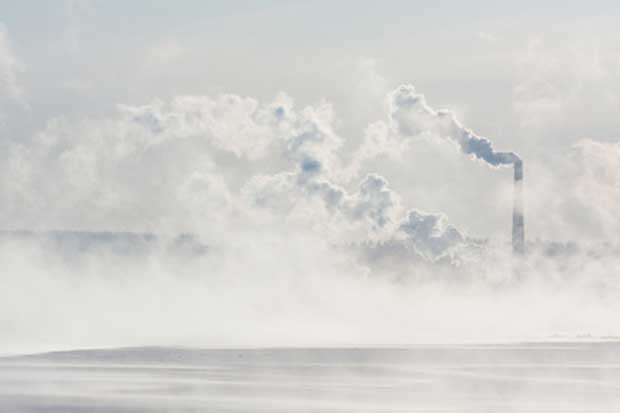 That’s the equivalent of around one tenth of the European Union’s gross domestic product in 2013, and the report, according the UN, is the first assessment of the economic burden of deaths and diseases resulting from outdoor and indoor air pollution in the 53 countries of the region.

“The evidence we have provides decision makers across the whole of government with a compelling reason to act,” he said.

“If different sectors come together on this, we not only save more lives but also achieve results that are worth astounding amounts of money.”

The study estimated that in 2010, air pollution was costing the UK over US$83 million which, although high, is significantly less than the nearly $150 million bill Germany shouldered in 2010, or the $285 million slog suffered by the Russian Federation.

The UN report builds on earlier work by the OECD which put the cost of outdoor air pollution to OECD nations, plus India and China, at US$3.5 trillion using the same methodology.

Although the UK is not the worst offender, it will now be forced to bring air pollution under control with the Supreme Court ordering the government to submit new plans to the European Commission by the end of this year.

Air pollution is also a growing problem in Australia. Earlier this month Environmental Justice Australia released an analysis of national air pollution which suggests that it contributes to more than 3,000 premature deaths across the nation each year, and that coal was the major culprit.

The report crunched the numbers from the National Pollution Inventory and found that pollution is trending up, prompting a coalition of more than 20 health and environment groups to call for an independent regulator to enforce existing national standards and a new national air pollution act.

“More Australians die from air pollution than from car crashes," said Nicola Rivers of Environmental Justice Australia, "but too little is being done to control major polluters such as coal mines and coal-fired power stations".

The West Australian recently reported that OECD research found Australia was one of 14 nations to see a recent increase in the number of deaths related to poor quality air.

Only Estonia had a larger increase than Australia for the same period.