Well, it’s all perfectly legal. You need only be a multinational mining corporation, with a “marketing hub” in tax-friendly Singapore.

That’s the bottom line from BHP Billiton’s latest admission to a Senate inquiry on corporate tax avoidance. The huge resources company has just revealed it paid a tiny US$121,000 on profits of $5.7 billion between 2006 and 2014.

That wasn’t tax paid in Australia, of course. The “Big Australian” channelled its mineral sales through a special offshore tax haven established in the Asian city-state. The deal that BHP cut with the government of Singapore meant it avoided paying billions of dollars in Australian tax.

Ever heard the phrase “footloose global capital”? Here we have a textbook example.

Cast your mind back five years. The until-very-recently popular prime minister, Kevin Rudd, was struggling to implement a new tax on mining company super profits, in the face of a bitter public campaign from the mining giants who stood to lose billions in extra tax payments on the commodities they dug up and sold overseas.

Mining billionaires Andrew Forrest and Gina Rinehart were so upset about the Resource Super Profits Tax, they convened a rally of about 1,200 in Perth, where they railed against the new impost.

“This day is about your opportunity to change Australia’s history from where Kevin Rudd would take it, a largely socialist distribution of capital over creation of value,” Forrest told the protest meeting.

Rinehart complained that the RSPT would destroy investment in the mining industry. “We've all seen what happened with investors in our mining industry," she said, right in the middle of the largest mining investment boom in Australia’s history. At the time, Rinehart had just inked a preliminary deal with Korean steel giant POSCO, to invest in her vast Roy Hill mine in the Pilbara.

The corporate lobbyists got busy opposing the RSPT too. A multi-million dollar advertising campaign against the tax was launched, saturating the airwaves with television and radio advertising. It was enthusiastically supported by the Murdoch newspapers, which rabidly opposed the new tax.

By the time Kevin Rudd was dumped from the prime ministership in June 2010, the mining industry had spent $22 million in just six weeks on defeating the new tax. The watered-down replacement levy brought in by Julia Gillard, the Minerals Resource Royalty Tax, was constructed so liberally that it collected almost no tax. Sovereign risk? More like sovereign reward.

This article is not the place to rehearse the arguments for and against taxes on mining companies. But the history lesson is valuable because it helps us understand just how viscerally the big resource companies oppose corporate tax, and how hard they work to avoid paying.

It’s now clear that Australia’s mining boom is finally ending. It was a wild ride. Hundreds of billions were spent on more than a hundred “mega projects”, generally large mines and ports in Australia’s north. Mining investment quadrupled, from two to eight per cent of our gross domestic product. At its peak in 2013-14, an astonishing $93 billion was invested in new mining in just one year.

What has Australia got to show for all that investment? Depressingly little.

We will certainly have a number of mega-mines, some of which are well on their way to becoming stranded assets. But we also have a big structural deficit in the federal budget, largely the result of income tax cuts given away in the boom’s early years.

As veteran economist John Edwards argued last year, “falling revenue as a share of GDP rather than rising spending accounts for most of the swing into deficit, with most of the falling revenue in turn explained by income tax cuts entrenched in the early years of the boom.” Much of the value of tax cuts disappeared into higher house prices, as Australia’s obsession with property drove taxpayers to spend up big on ever more expensive places to live.

It’s difficult to overstate the importance of the Howard-Rudd income tax cuts on the budget today. As the first stage of mining boom delivered windfall gains to tax revenues in the final years of the Howard government, Peter Costello used the rivers of gold to give away a long string of tax cuts. Many of those cuts accrued primarily to the rich, such as his amazingly generous superannuation “reforms” in 2007.

In the run-up to the 2007 election, the Coalition promised $34 billion in cumulative tax cuts; Labor promised “only” $31 billion. And Labor duly delivered them, after winning the election. According to the Parliamentary Budget Office, more than two-thirds of the structural deficit is due “to the cumulative effect of the successive personal income tax cuts granted between 2003-04 and 2008-09.”

It wasn’t just about income tax. As the mining boom rained company tax dollars on the Treasury, there was little or no effort to investigate corporate tax shifting or other sophisticated forms of tax evasion. As a result, big mining companies were able to hide tens of billions, with little or no effort by either the parliament or the Australian Tax Office to chase down the missing revenue.

Who did benefit from the mining boom? The answer is plain enough: the owners of big mining companies. Some of these are of course ordinary Australians, through our superannuation funds with holdings in resource companies. But the really big winners were the oligarchs who control the big resource firms: the Rineharts, Palmers, Forrests and Glasenbergs, who increasingly wield political influence in addition to their extravagant personal wealth.

“The [benefit of]the mining boom has gone to the billionaires, and that has made them more powerful,” Monash University’s Jakob Madsen told the New Daily’s James Fernyhough in January. “We have seen it in the African mining sector: the bigger it becomes, the bigger the industry’s political power becomes.”

Fast forward to 2015, and the consequence of that political clout comes into focus. Pro-mining sentiment saturates the Coalition’s political worldview. And that has translated to public policy.

The Prime Minister praises coal’s benefits for humanity. Industry-friendly Ian Macfarlane is the Energy Minister … for non-renewable energy only. A former petroleum boss chaired the government’s review of the Renewable Energy Target. Andrew Forrest was tapped to produce a report on, of all things, welfare reform. 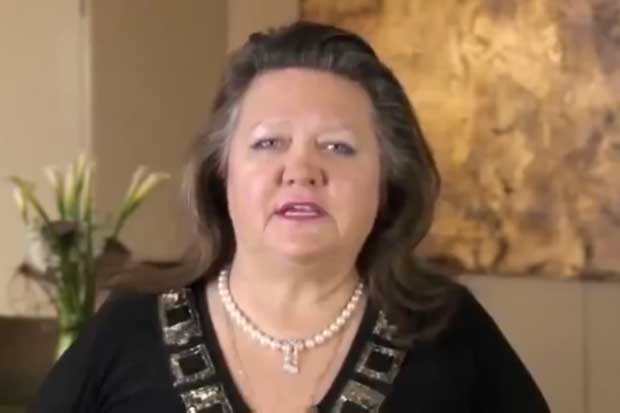 Meanwhile, big mining companies (and big tech companies too) are hiding tens of billions from the taxman in complicated cross-border money transfers, apparently with complete impunity. The ATO is supposedly pursuing BHP for more than $500 million in back taxes related to its dodgy Singapore marketing hub, but BHP disputes the claim. The Big Australian shows no sign of paying.

When the BHP figures arrived yesterday, Greens leader Christine Milne was surely echoing the thoughts of many voters when she said that “it’s shocking but not surprising that BHP is paying next to zero tax on billions worth of profits.”

“No one believes this kind of behaviour is limited to BHP,” Milne continued. “The big corporates are ripping us off and successive Liberal and Labor governments have let them get away with it.”

But given the power that big mining companies wield in Australia, does anyone think things will change? So far, Labor is proposing only modest tweaks to corporate tax laws, worth perhaps $7.2 billion over the next decade. It’s small change in a budget deficit of $40 billion annually.

More tax could be wrung from the big end of town, if an Australian government was brave enough. But in Canberra in 2015, courage of that sort remains in short supply.