As most would now know, Scott McIntyre, former journalist for SBS, has been sacrificed to the Gods Of Anzac Myths.

On Saturday, McIntyre, a sports journalist, chose the holiest of Australian days to send a series of tweets opposing war. Some of them were, well, rather brutally honest about his views on the Anzac myth.

Communications Minister Malcolm Turnbull objected, tweeted… and the rest as they say is history. SBS sacked McIntyre immediately, and a media storm has since ensued… most of it attacking McIntyre.

Which begs the question, why does Samantha Armytage, the smiling co-host of Channel 7’s Sunrise program still have her job?

In March this year, Armytage and David Koch (better known as Kochie) were presenting a quirky story about two twins from a mixed race family in England, Lucy and Maria Aylmer.

According to ‘Kochie’, the Alymer twins, due to a “rare genetic quirk” turned out quite different – one of the sisters is “obviously black, the other is white”. 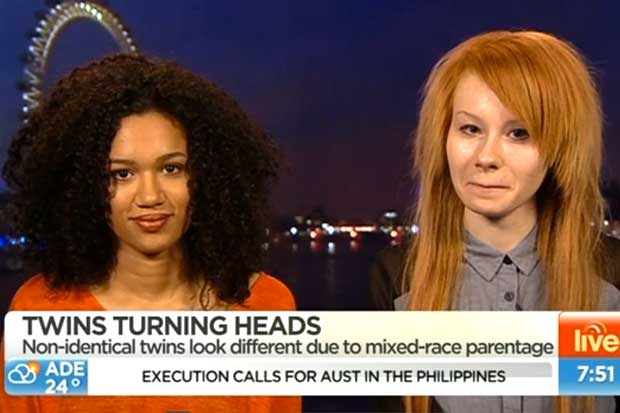 Over to co-host Samantha Armytage, who proceeds to explain why that is a good thing… for one of them.

“Maria has taken after her half Jamaican mum with dark skin and brown eyes and curly dark hair, but Lucy got her dad’s fair skin, good on her, along with straight red hair and blue eyes.”

As she says ‘it’ – replete with a tip of her head and a wink – Kochie turns to Armytage with a look of ‘nervous stunned mullet’. Armytage also appears to have shortly after realized what she’s let slip.

“Now Maria… gulp… Maria….” stumbles Arymtage, with a look on her face that equates to either constipation, or the sudden realization that she’s just ended her career. 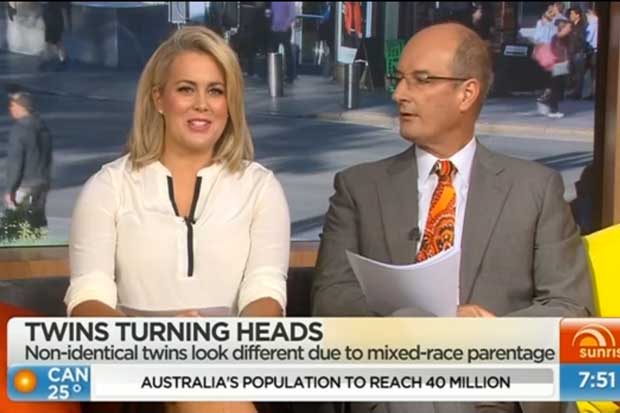 Cue the tumbleweeds blowing through the Channel 7 studio. And cue the ensuing media outrage.

Oh wait… no outrage. Guess the rules are different if you only insult black people, and not Anzacs.

So move along people, nothing to see here… unless you want to watch the video repeatedly, and share it. Which we hope you do.

* New Matilda is a small, independent Australian media outlet. If you like our reporting, please consider subcribing by clicking here, or you can make a small story donation, or simply share us on social media to help spread the word.