The NSW government says it will finally deliver its response to a parliamentary report designed to clear the way for justice for the families of three Aboriginal children murdered in Bowraville more than two decades ago.

But it comes after five months of waiting, including numerous requests for a meeting from representatives of the families.

The report into the family response to the murders originally called on a response within six months. The deadline for that response will be May 6 – in the first sitting week of state Parliament.

Between 1990-1991, three Aboriginal children – Colleen Walker Craig, 16, Evelyn Greenup, 4, and Clinton Speedy Duroux, 16 – were murdered within months of each other on Bowraville mission, on the NSW mid-north coast.

There has only ever been one person accused of the crimes – a non-Indigenous man who hung around the mission at the time. Thanks to a bungled police investigation, spurred by a racism that has even been acknowledged by detectives who headed a major review of the case, the man has never been convicted.

The man was acquitted of the murder of Clinton Speedy Duroux, but the jury was never allowed to hear key circumstantial evidence that linked all three murders – it was ruled inadmissible. The families have always maintained the best outcome would have been for the three trials to be linked, as was done in the case of Ivan Milat and the murders of seven backpackers.

The families then campaigned to have the double jeopardy laws overturned, winning an historic Australian first. But their applications to send the case, with new “fresh and compelling evidence” back to the Court of Criminal Appeal have been knocked back by two Attorneys-General. 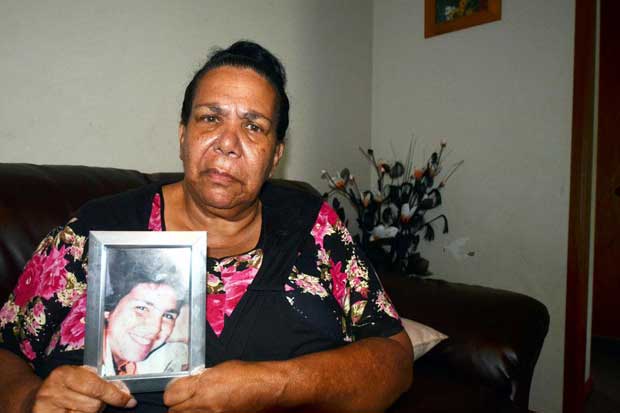 After former Attorney-General Greg Smith rejected the families’ application, citing a legal technicality over whether the new evidence was ‘fresh’, Greens MLC David Shoebridge called for a parliamentary inquiry, and was successful.

It culminated in an emotional day in state Parliament in November last year, where politicians from all sides of politics unanimously agreed on the 15 recommendations – two of which are specifically designed to clear the pathway for justice and get the accused back on trial.

When the report was handed down in November Liberal David Clarke, who chaired the inquiry, called on the government to respond quickly.

“It has been heart-rending to hear the way in which each member has been affected by what happened in this Bowraville saga,” he said.

“All the speeches were underlined by a call for action… We now want action. I commend the report to the House and I ask the government to act as quickly as possible in implementing its recommendations.”

The families did not receive a response from the previous Attorney-General Brad Hazzard, who claimed that he had met with the families while in Opposition, a claim the families have no memory of.

The new Attorney-General Gabrielle Upton, who took on the portfolio following the March election, had until last Friday failed to respond to numerous emails sent by family representatives.

Following enquiries by New Matilda on Friday, the families were told late in the day that Ms Upton would schedule a meeting with them.

“In addition, the Attorney-General will be meeting with the family members of the Bowraville murder victims soon.”

The spokesperson did not respond to questions about whether the NSW government would implement the two most important recommendations of the inquiry, which are specifically designed to bring justice to the families.

The inquiry called on the NSW government to review section 102 of the Crimes (Appeal and Review) Act 2001 to define the term ‘adduced’ or ‘admitted’ with “the merit of expressly broadening the scope of the provision to enable a retrial where a change in law renders evidence admissible at a later date”.

The other recommendation was that the NSW government ensure an independent assessor consider any new application for a retrial submitted to the NSW Director of Public Prosecutions or Attorney General.

In the absence of any movement from the NSW government, Greens MLA David Shoebridge produced a draft bill clarifying the definition of ‘adduced’, which was held up the application previously. Public submissions can still be made on the bill.