A new poll on the public perception of asylum seekers has found less than one third of Australians believe those who come by boat are “genuine” refugees, despite the fact the overwhelming majority continue to receive positive determinations.

The Essential Poll reported only 32 per cent of respondents believed most asylum seekers arriving by boat in Australia are “genuine” refugees, while 27 per cent believe the Federal Government is “too soft” on the issue, up four points since the same question was asked in January.

Intriguingly, however, a separate question asking people to identify which policy position they most identified with showed only a small percentage favoured the current government’s approach to settlement and processing.

Presented with five choices, just 16 per cent of those who took part in the poll nominated the statement “asylum seekers arriving by boat should not be allowed to stay in Australia but be resettled in another country if they are found to be genuine refugees” as being the one closest to their own view.

That statement is exactly in line with the current position held by the government, which continues to send all asylum seekers who arrive by boat to offshore processing on Nauru and Manus Island, where they are subject to offshore resettlement even if they are confirmed to be refugees.

By far the highest proportion of people – 49 per cent – nominated the statement “asylum seekers arriving by boat should be allowed to stay in Australia if they are found to be genuine refugees” as being closest to their own view.

That option is more generous than the policy of either Labor or the Coalition, currently united in their support of offshore processing and resettlement.

Lucy Morgan, a Policy Officer at the Refugee Council of Australia, said past polls had consistently highlighted that Australians are not necessarily opposed to more humane policies, depending on how questions are framed to them.

“Where people believe others are trying to rort the system, or jump the queue, or are ‘economic migrants’, that’s where there is opposition to treating a group fairly,” she said.

Morgan said people were wrong to believe the majority of asylum seekers arriving by boat were not refugees, but that it was unclear whether overcoming this perception would help shift the country towards more humane policies.

“Statistics show in Australia, historically, the vast majority of people who arrive by boat have been found to be refugees. There’s not much dispute about that, and it has happened under both sides of politics.”

Data published by Australian Customs and Border Services confirms that even on Nauru and Manus Island the majority of detainees are being found to be refugees. 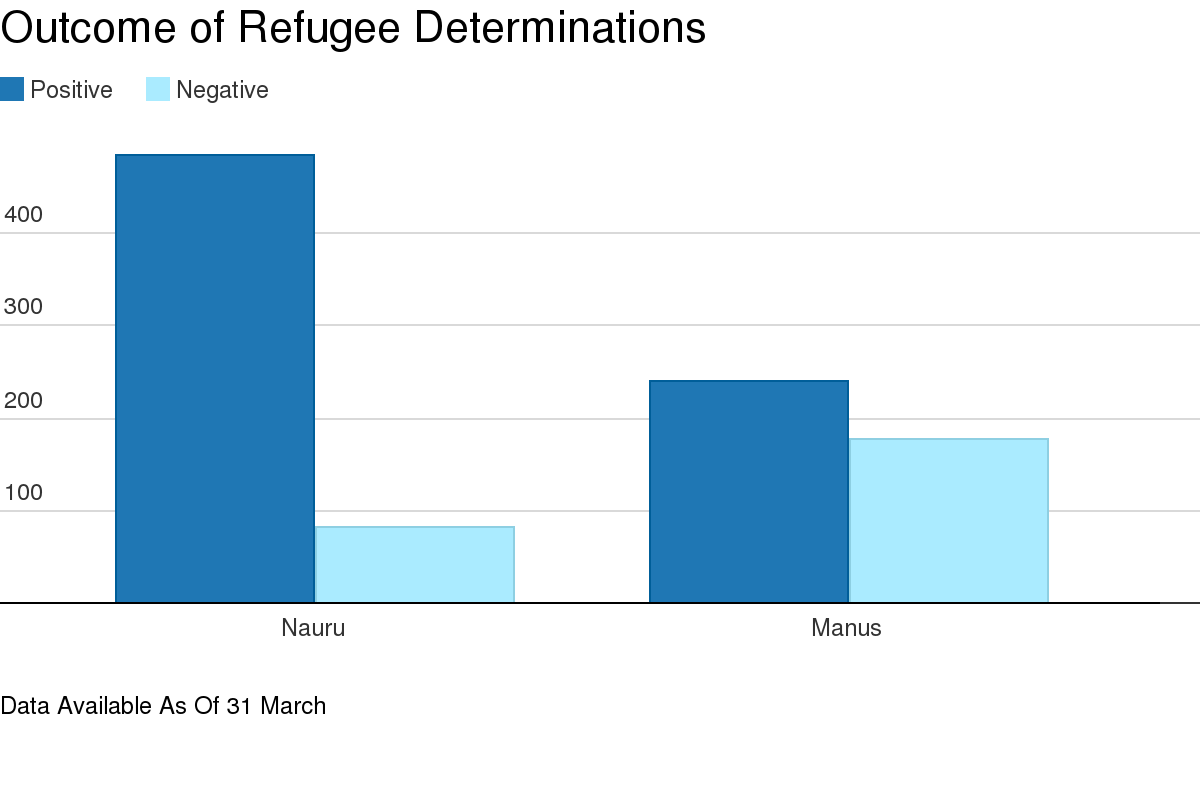 It should be noted the above figures for Manus Island represent only interim determinations.

When the statistics from each island are compared they show 74 per cent of asylum seekers who arrived by boat and were processed offshore have been found to be refugees. 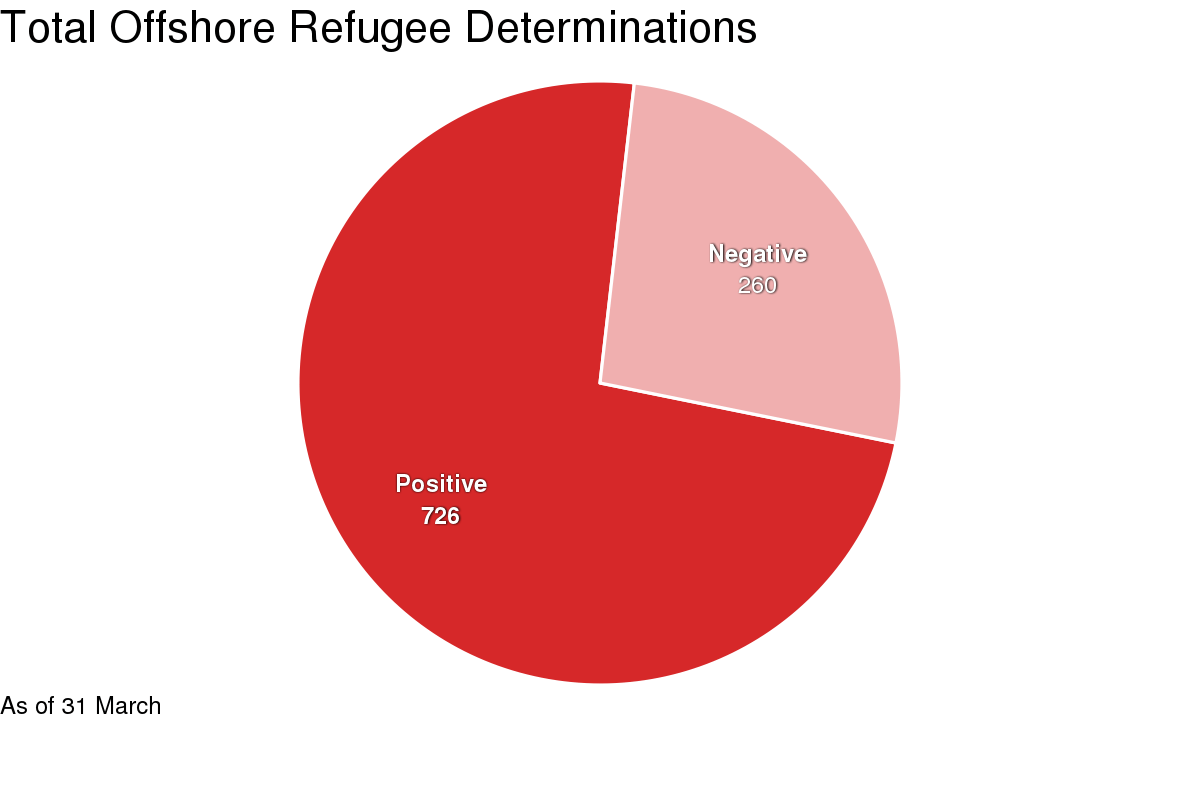 Morgan said it was difficult to know whether these asylum seekers had been subject to fair processing, and Nauru faced issues with resourcing while Papua New Guinea’s relevant legislation was not well designed.

“There’s not a lot of transparency about how processing happens over there,” she said.

In Australia, the government has moved to ‘fast track’ claims, cutting off avenues for review and appeal.

Marianne Dickie, Director of the Migration Law Program at ANU, said dividing refugees into groups of ‘genuine’ or ‘not genuine’ had no basis in law.

“It’s a nonsense question,” she said. “This is a political answer and it’s based on what [people]have heard in the media and what politicians are telling them.”

Dickie noted that under the Refugee Convention the method of entry to a country is not relevant to whether an asylum seeker is entitled to protection.

She described the fact that 21 per cent of those surveyed said they wanted to see asylum seekers who come by boat sent back to their country of origin regardless of whether they were found to be refugees or not as “disturbing”.

Tens of thousands of asylum seekers who arrived in Australia by boat are still waiting for processing.

“We know on review, when they go through a proper legal process, the majority are found to be refugees,” Dickie said.