It started with a single message, without explanation or context. “Flag burning piece of shit.”

Then, out of nowhere, things snowballed into an avalanche of hate.

After the weekend’s Reclaim Australia rallies, 46-year-old Brisbane hairdresser Antony Richmond watched with distress as his inbox started to fill up with the fury of dozens of ‘patriots’. He was bombarded with threats of rape, assault, and murder, and branded a scumbag and a traitor.

“I had no idea what was going on,” says Richmond, who was receiving the messages to his personal Facebook account. “I just was hysterical. I thought, ‘What am I going to do’?”

“One shot one kill,” one comment under a photo of him said. “Happy hunting Aussies,” another person wrote.

It soon became apparent Richmond had drawn the ire of a series of anti-Islamic Facebook pages.

His crime? Richmond stood accused of burning an Australian flag at the Melbourne counter-rally, organised to protest the Reclaim Australia events happening around the country. An image of the flag going up in flames had gone viral after the event, drawing scowls of disapproval, and igniting far-right communities online. As angry patriots looked to dish out the blame, they somehow identified Richmond as the culprit, and started to circulate an image of him with his pet dog ‘Ardy’ – a Cairn Terrier, the same breed of dog that plays ‘Toto’ in The Wizard of Oz.

“Ardy will burn just like the flag,” one message said.

Threatening to murder someone – and immolate a dog – over a bit of flag torching seems melodramatic to say the least, but there was another problem.

Richmond and Ardy were innocent.

The pooch-loving hairdresser had actually spent last Saturday with his mother at the beach… in Queensland. The image of the burning flag was from Melbourne. And the person who burned the flag was about 20 years younger… 20 kilograms or so lighter.

When an exasperated Richmond tried to explain this to his abusers some apologised, though others remained adamant he was the culprit. Eventually he went to police, and filed a complaint with the Australian Cybercrime Online Reporting Network.

Richmond’s family has lived in Australia for several generations, but as his image was spread across popular Facebook pages, some with tens of thousands of followers, he started to feel like an outsider.

“It was like being hit by an asteroid out of nowhere,” Richmond said.

“I started to feel desperate, then I was crippled by fear, I was sickened. I just became overwhelmed – I felt so lost and afraid in my own country, and then I guess I understood what some of the immigrants feel, I suppose.” 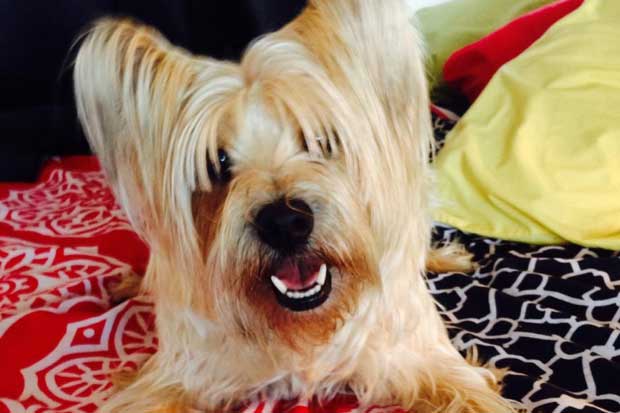 Richmond’s experience is not unique. Others have been similarly targeted after being misidentified on anti-Islamic blogs and Facebook groups.

Anonymous bloggers who keep tabs on these groups and try to draw attention to their more extreme elements face constant efforts to unmask them. In the attempts to hunt them down, innocent bystanders like Richmond often end up in the firing line.

Andy Fleming, best known for his work as Slackbastard, has long been a highly prized target (we chatted to Andy earlier this week as part of our NM 20 Questions Challenge).

Fleming keeps his identity hidden so as to protect himself from reprisals, but every now and again the neo-Nazis, anti-Semites, and anti-Islamic groups he writes about think they’ve found him.

“There have been maybe five or six different people who have been misidentified as myself over the years. A lynch mob is always called for and whatever personal details – name, residential and workplace address, photo, friends and relations etc – can be mistakenly gleaned are published online, along with calls for rough justice.

“On a handful of other occasions, individuals have been confronted in person and accused of being myself. In one instance, a man was challenged to a fight. Unfortunately for the accuser, the man in question was happy to oblige (he was a very experienced martial artist) and the accuser soon backed down.”

Since the Reclaim Australia movement started to bloom, the admins of reclaimwhat.net have been running a similar mission to Slackbastard, checking in on who has been behind the events and what links they may – or may not – have with the more extreme elements of Australia’s proudly racist fringe.

In the left-right blog wars, outing goes both ways. Reclaimwhat have brought a focus on Shermon Burgess, a now prominent national organiser of the Reclaim Rallies with an unfortunate history of recording and publicly broadcasting his racist rants.

For their efforts, they too have been targeted.

‘John’*, one of the page’s admins, says the shots fired so far have missed their mark. A mob was recently directed after a man called Kieran Bennett, who does run a left wing blog, but has nothing to do with Reclaimwhat.

John eventually released a photo of himself with his face blurred to prove he was not Bennett, to take the heat off the wrongly accused man.

“Not only do [these groups]have no moral issue with identifying the wrong person, but the other issue is that the people on the page don’t ask any questions,” John says.

There’s something a little comical about all these false leads. But for those who suddenly find poorly crafted memes of themselves shooting across the blogosphere, it’s no laughing matter.

In the days following his rapid rise to fame, Richmond was terrified to go outside, sensing danger in the faces of strangers and behind the tinted windows of passing cars.

The vicious targeting of Mariam Veiszadeh is a reminder of what can happen to those who speak out publicly against hate groups.

“With the way these people speak – we saw the way they acted at the rallies and they were absolutely okay with violence – I would think there would be some sort of extreme nationalist who would have no issue with going after one of these people,” he says.

Richmond asked a friend to help change the settings on his Facebook page and he can no longer see the messages of hate. He’s thankful for the support he received, but remains concerned others could go through the same experience. 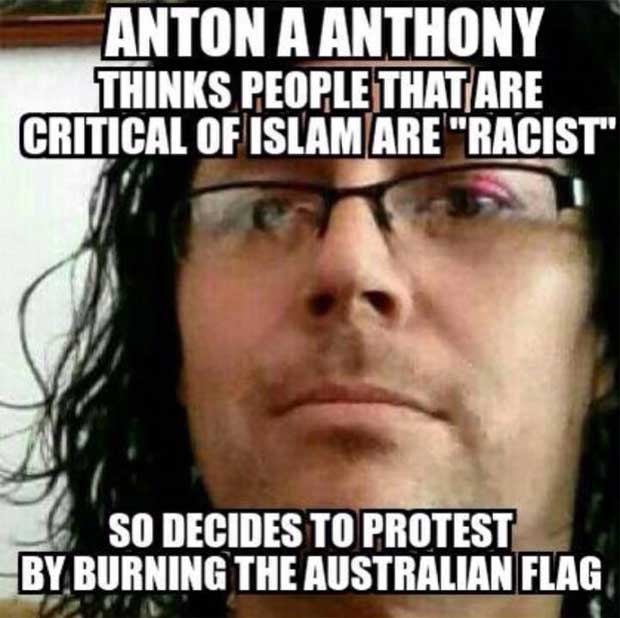 “It’s been quite an emotional ride… I don’t want it to happen to someone else,” he says.

Though they may be inspiring terror elsewhere, the threats of retribution encouraged by these pages and their followers haven’t deterred their real targets.

“Being hunted is an occupational hazard but also testimony, I suppose, that my writing and activism constitutes a real thorn in the side of the far right – which I’m happy to be,” Fleming says.

“And I have many supporters as well as enemies.”

* John’s name has been altered, for obvious reasons.

** New Matilda is a small, independent Australian media outlet. We rely almost entirely on reader subscriptions for our survival. If you would like to help us keep reporting, you can subscribe here. Or simply share this story on social media.