Big investment banks continue to walk away from the massive new coal field proposed for the Galilee Basin in Queensland, with three French Banks – Société Générale, Crédit Agricole and BNP Paribas – yesterday joining nine others in not banking on the project’s success.

It is “due to the number and magnitude of issues linked to the planned coal development projects in the Galilee Basin,” that Credit Agricole SA, one of the three French banks, advised company Market Forces it “does not intend to finance these projects or their associated facilities”.

No doubt Market Forces – a fossil fuel divestment group linked to Friends of the Earth – made those many issues very clear when it lobbied Credit Agricole. In total, 11 banks have now ruled out funding, including big international players like Barclays, Morgan Stanley, Credit Suiss, Deutsch Bank and HSBC.

Ten of these banks are in the top 20 lenders for Australian coal developments, Market Forces said.

There are now also two court challenges aimed at blocking the biggest project proposed for the Galilee, Adani’s Carmichael mine – one in the Queensland Land Court and one in the Federal Court.

The Wangan and Jagalingou people will also attempt to use native title rights to block Carmichael, which would cover 200 square kilometres.

At the same time, a growing divestment movement is increasing pressure, particularly on Australian banks, to not finance the devastating climate impacts the nine proposed mines would have. The Galilee projects, collectively, would produce more carbon emissions than whole nations like the UK, Italy and Australia. 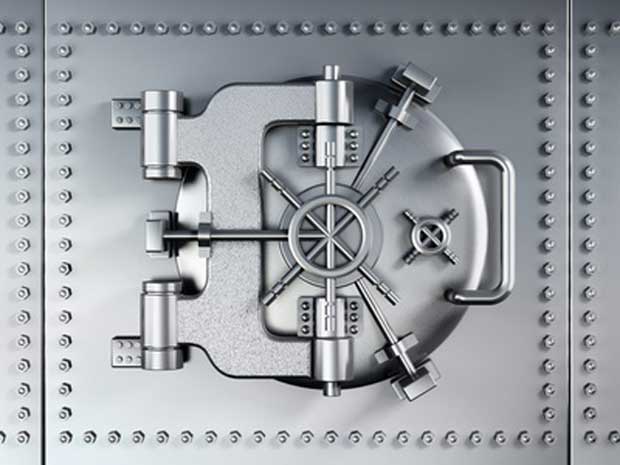 New Matilda also understands there will soon be a civil disobedience campaign.

But the thing that is most crucial to the Galilee proponents’ struggle for finance is that the business model looks increasingly shaky.

There has been a huge focus on Adani’s Carmichael project – including the legal fights which make investors nervous – because it is seen as the lynchpin to opening up the whole Galilee Basin.

Due to its size – at $16.5 billion and 60 million tonnes of coal per year – Carmichael is seen as scalable enough to sustain the capital investment needed. But the Galilee is remote – it’s 400-kilometres inland, there is no rail infrastructure within 200 kilometres, there is no sealed road access for 90 kilometres, and the Abbot Point Port needs to be dramatically expanded to export the coal.

Obviously, everything needed for the project will also have to be built at the mine site, because it’s a ‘greenfield’ project.

According to one report, prepared by former head of Australasian Equity Research at Citigroup, Tim Buckley, “the Carmichael project is uneconomic – a high-cost coal product in a low-priced coal market with an uncertain future”.

Even to a layperson, it is clear that a massive expansion of Queensland’s coal industry is tenuous. It faces a 30 per cent increase in the global seaborne thermal coal market at a time when coal exporters around Australia are battling with the 60 per cent collapse in coal prices over the last five years.

The projects were devised just as Australian coal exports were coming off the back of the mining boom. But the boom is over, and it’s unlikely to ever return.

Global supply is outstripping demand, and the Asian markets like China and India which Galilee proponents were hoping to service, are increasingly able to rely on domestic producers. As the world, including those Asian economies, moves to curb emissions, overall demand is likely to continue to drop.

Investors would need to “ignore conventional economics” to finance the projects, according to a Macquarie Group research note of May 1, 2013. “Deep pockets” would be required, it said.

Adani started moving in on the Galilee in 2011, but market shift since then has been profound, and adverse. The coal quality in Galilee is low, the infrastructure isn't there to extract it, and it’s a long way to the coast to ship it off overseas.

Tellingly, some of the banks that have publicly ruled out funding Galilee mines had been advising major players before bailing.

Publicly, though, banks are nominating environmental concerns – like the inevitable impact hundreds of millions of tonnes of coal being shipped through the Great Barrier Reef each year, then burnt to come back as global warming – as the reason for not financing the projects.

Deutsche Bank, HSBC and Credit Agricole all nominated the world heritage-listed reef as a key concern. Destroying the reef doesn’t square with public opinion, but it does, apparently, square with Adani’s.

This week Adani mounted the argument, in the Queensland Land Court, that a 3.1 degree rise in temperatures is inevitable and even though that would destroy the Great Barrier Reef, they might as well be the company to do it.

That’s not an argument banks are likely to want to be associated with, and with half of the top 20 investor banks for Australian coal now out of the running, there’s significant reputational risk. Any banks that do provide finance will now inevitably be compared with the banks that have refused to – banks that will be keen to milk their ‘green’ credentials.

Adani has also been found guilty in India of serious breaches of environmental law, and, more recently, questions have been raised over its governance.

The steady flow of revelations like these provide ample fuel for the Australian activists who are running a divestment campaign urging mum and dad account holders – and big institutions – to abandon the ‘big four’ Australian banks for not joining European banks in refusing to finance the environmentally and economically tenuous projects.

It’s difficult to know what’s going on behind the scenes, and whether Australian banks will provide finance, but Adani will need something in the order of $10 billion to reach financial close.

Increasingly, the prospects of that happening look about as remote as the Galilee Basin itself.