Nationals MP Thomas George has claimed victory in the New South Wales seat of Lismore, which has been widely hailed as a ‘referendum’ on coal seam gas, after a neck-and-neck campaign that went down to the wire.

The Northern Rivers district was at the forefront of a suite of electorates where CSG became a major election issue, and while George clung on to fight off the Greens at the eleventh hour, the minor party is set to claim the neighbouring electorate of Ballina, while the Nationals have bled votes in CSG-affected areas across the state.

The incumbent George suffered a swing of more than 20 per cent against him in the Nationals’ heartland, and with a two-party preferred margin of 52.86 per cent, the seat which he has held for 16 years is now officially a marginal one.

When he spoke with New Matilda yesterday, George argued voters realised it was the Labor party, not the government, which gave the coal seam gas industry the go-ahead.

“If this was a referendum on CSG – and they said that, not me, the Labor party and the Greens said that – who won the referendum?” George said.

“What I think the majority of people realised,” he said, “is we didn’t give the licences out, the Labor party did. 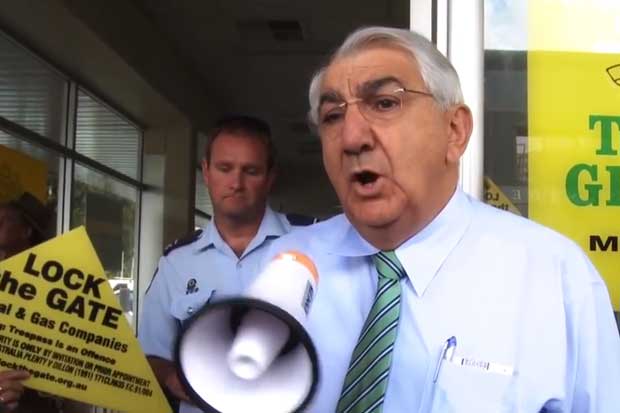 “They issued the licences covering 50 per cent of the state – we have issued none. We renewed four but we have got that down to 11 per cent now, and they say the Nationals have done nothing.

“Our government is the only one that has been doing something.”

George said it was “easy to be a single issue party” – a swipe at the Greens who nearly wiped him out, arguing he had been a strong voice on CSG within the last government.

His Green adversary, Adam Guise, challenged that assessment. He said George had “sold the electorate out” on CSG, and had changed his tune only after it became an election issue.

He said the government had the power to make the Northern Rivers CSG-free whenever it wanted, but had not done so.

The Greens candidate was a leader of the Bentley Blockade, which last year saw thousands converge to push coal seam gas company Metgasco out of the region.

The government eventually reacted by cancelling some of the company’s drilling licences, a decision for which it’s now being sued. George said when that case is finished, just two per cent of the Lismore electorate will be covered by a petroleum exploration licence.

Erratic decisions like this are increasingly characteristic of how the issue of coal seam gas has become a political football from which parties of all persuasions are scampering to distance themselves.

Labor – which issued coal seam gas licences around the state when in office – recently did an about turn on coal seam gas, and in the last weeks of the campaign its leader Luke Foley even promised to create a range of no-go zones and prevent CSG company Santos from drilling in the Pilliga State Forest.

The Nats bled nearly 23 per cent of their first preference votes, mostly to anti-CSG independent Rohan Boehm, who says “a lot of political parties haven’t grasped the full mettle of voter discontent over CSG”.

“I think the Nats are in denial really,” he said, “Certainly in Barwon they are, because they just don’t concede that CSG is any issue towards them.”

He said Kevin Humphries, the National MP who represents Barwon, “in part was one of the architects of the ‘push it through policy’ within cabinet and within the government”.

“Interestingly, though,” Boehm said, “I think the government would see it as very much an issue because Humphries lost his ministry.”

“I’m of the feeling that the Libs have punished the Nats for not doing an effective job,” he said.

Adam Guise suggested that “the Nationals have become the lap-dog of the Libs”.

“For too long they’ve sided with big mining money and they’re no longer standing up for regional communities, and people realise this,” he said.

The results in the CSG-affected Upper Hunter electorate also suggest voters are increasingly wary of the Nationals’ commitment to regional and rural Australia.

The ABC election tracker has the Nats tipped to retain the seat – where the Gloucester gas fields are under development, and energy company AGL has recently been caught out for a string of misdemeanors. The first preference swing against the party is around 15 per cent. 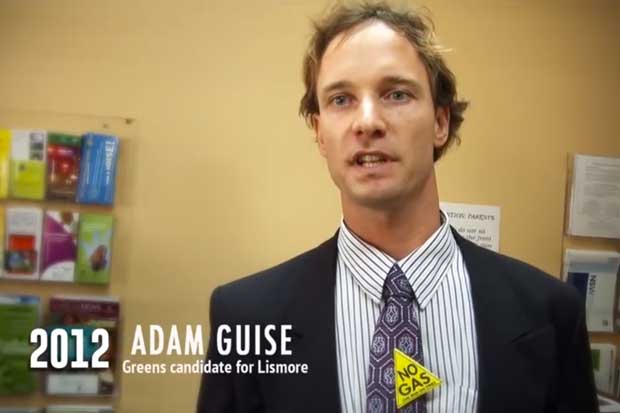 Here the votes predominately shifted towards Labor, which has promised to protect the area from CSG, although that promise does not extend to the Gloucester gas fields.

Still, the Labor candidate did promise to fight to make the Gloucester Basin CSG free.

For its part, the peak industry body for coal seam gas, the Australian Petroleum Production and Exploration Association, denies the massive swings against the Nationals in CSG hotspots are indicative of sour community sentiment.

“The Green vote in two electorates (Barwon/Upper Hunter) where gas projects are under development to meet up to 65 per cent of the state’s gas supply needs, remains stagnant,” a spokesperson said.

“Despite results in Lismore and Ballina, where no major gas projects are under development, people are seeing through big scaremongering campaigns intent on closing down gas supply, businesses, investment and jobs.”

While he takes a more reserved approach, Thomas George says that he supports coal seam gas where it can co-exist safely with agriculture and the environment.

“I’ve been taking [the community’s]concerns to the ministers,” George said.

“I don’t do it on the front page of the paper – I take my concerns to the actual minister and to the government,” he said.

But the political forces rising from the anti-CSG movement say that’s not enough.

“The community doesn’t want someone who just listens and does nothing else, they want something that involves real action,” Guise said.