Back in the heady days of 2013 when the federal opposition was applying the wrecking ball to Labor’s proposed Emission Trading Scheme (ETS), its leader, Tony Abbott, tried his hand at some satirical sophistry.

Asked about his stance on the ETS, Abbott told assembled journalists: “This is not a true market. Just ask yourself what an emissions trading scheme is all about".

Sensing an imminent faux pas (of the “absolute crap” variety), the expectant hacks sharpened their pencils. But rather than a pugilistic broadside to which the public had become accustomed, Abbott delivered the following classic. The ETS, he announced with Aristotelian hubris, is “a so-called market in the non-delivery of an invisible substance to no-one.”

Flushed with self-importance, Abbott gazed into the distance, as if he had just delivered the rhetorical equivalent of the Gettysburg address. Journalists gazed back and forth in bemusement, trying to figure out if this was indeed another gaffe, or a memorable utterance destined for a place in Brainy Quote.

As it turned out, the attempted coup de grace was greeted with almost instant universal derision, including from those on Abbott’s own side of politics.

Economist, Professor Richard Dennis at the Australian National University observed that: ''The notion that something now has to be visible to be valuable or harmful is an entirely new concept in Australian politics and one that will concern and confuse many'', adding that, “if Tony Abbott is concerned about people paying for invisible things, then anyone who owns intellectual property should be very concerned, likewise people in the futures and financial derivatives market.'”

Unfortunately for the then Opposition Leader, the proposition that carbon dioxide is some sort of nebulous construct beyond the remit of empirical  measurement was roundly rebuffed by just about anyone imbued with cerebral matter.

But when criticism came from science heavyweights like Pep Canadell, Executive Director of the Global Carbon Project at the CSIRO, and Michael Raupach, Director of the Climate Change Institute at Australian National University, then even Tony Abbott was obliged to take notice. 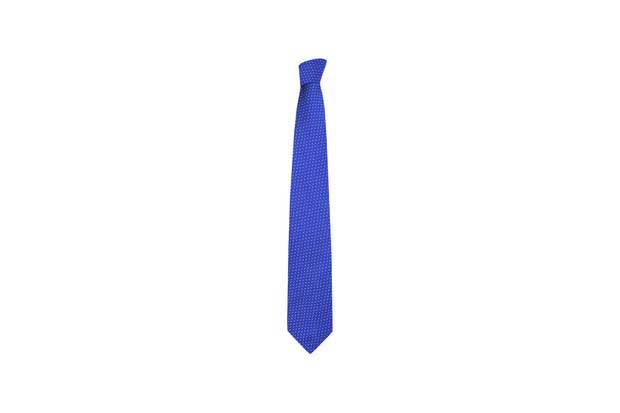 Drawing on data contained in the annual report of the Global Carbon Project, Canadell and Raupach argued that in 2013, “global [carbon dioxide]emissions from burning fossil fuels and cement production reached a new record of 36 billion tonnes… and are predicted to grow by a further 2.5 percent in 2014, bringing the total CO2 emissions from all sources to more than 40 billion tonnes. This is about 65 percent more fossil-fuel emission than in 1990, when international negotiations to reduce emissions to address climate change began”.

Furthermore, and consistent with predictions by the Intergovernmental Panel on Climate Change, Canadell and Raupach argued that: “… growth in global gross domestic product and continuance of improving trends in carbon intensity (emissions per unit of GDP) suggest a continuation of rapid emissions growth over the coming five years.”

Worryingly, the authors predicted that such emission levels would, by 2100, “raise global average temperatures between 3.2C and 5.4C above pre-industrial levels”.

Whichever way you look at these sorts of numbers, it’s the tonnage that impresses – or horrifies.

Let’s face it, 40 billion tonnes is a shitload of carbon dioxide. It’s simply too vast a quantity to imagine, but it’s certainly not an ‘invisible’ substance in the sense conveyed by Mr Abbott.

Carbon Dioxide might indeed be invisible but it carries weight – literally, and lots of it.

As famed US astronomy blogger and former member of the Hubble Space Telescope Team, Phil Plait, points out: “The largest class of aircraft carrier weighs about 100,000 tons, but picturing 400,000 of them still strains the imagination… It’s a vast amount.”

Despite the fact that, according to the International Energy Agency, global CO2 emissions stalled in 2014 – a rare occurrence over recent decades – the concentration of carbon in the atmosphere has intensified. As noted by climate scientists at NASA, in the week beginning 22 March 2015, levels of CO2 had, for the first time in millions of years, exceeded 400 parts per million – a result which most credible climate scientists regard as catastrophic for the planet.

Bad though such CO2 concentrations might be, things are beginning to look a whole lot worse from the Australian perspective.

As well as contributing more than our fair share of CO2 we now have many other invisible substances to worry about, care of our polluting industries.

As reported in last week’s Fairfax Press, Environmental Justice Australia (EJA) recently completed an analysis of five years worth of data volunteered by the nation’s leading industrial polluters, the results of which were entered into the National Pollutant Inventory.

The Inventory catalogues which of the 93 leading chemical pollutants were emitted by some of Australia’s leading industries, noting that coal production was the main source of particle pollution. Emissions levels of a toxic substance called PM2.5 had increased by 52 percent, compared to a general increase of about 14 percent.

Overall, the coal industry – particularly mines and power stations in the Hunter and La Trobe valleys, and the Bowen Basin in central Queensland – spewed out 430,000 tonnes of coarse particle pollution which accounted for 47 percent of the nation’s total emissions.

If we add to this toxic soup the fact that gas producing industries are increasing emissions of toxic chemicals such as benzene, nitrous oxide and particulate matter, then the prospect of a corresponding increase in cancer, respiratory and heart diseases looks a distinct reality, with all its implications in terms of health and other costs.

Not that such things seem to matter all that much to the current federal government which, since its election in September 2013, has granted numerous leases to mining companies, and through its ‘Direct Action’ initiative is paying polluters to stop polluting.

Which is ironic, as I thought C02 was a non-tradable invisible substance of no real value to anyone.

* New Matilda is a small, independent Australian media outlet. We rely almost entirely on reader subscriptions for our survival. If you want to help, you can subscribe here, or click on the April subs special below.