The artist who designed the Aboriginal flag has condemned the use of the iconic red black and yellow in the racist Reclaim Australia rallies over the weekend, saying to use it as a “banner for anger” is “idiotic”.

Hundreds of anti-Islam protestors, including former One Nation politician Pauline Hanson, mobilised in 16 cities over the weekend to “Reclaim Australia”, a national movement purportedly against Islamic extremism, halal certification and Sharia law.

Many of the banners used by the protestors included images of the Aboriginal flag and the Australian flag. Organisers say they are also “Reclaiming Australia” for the First Peoples.

But it was revealed in the days leading up to the protest that a Reclaim Australia national organiser, Shermon Burgess, a former member of the far-right group Australian Defence League, posted a racist Youtube video calling Aboriginal people “dickheads” who are on “metho, passed out, bludging cigarettes, and still blaming the modern generation for what happened 200 years ago”.

The majority of protests attracted counter-rallies from anti-racism campaigners, who in some cities outnumbered the original protests, and sparked widespread Aboriginal concern about the use of the Aboriginal flag in the racist imagery.

Luritja artist Harold Thomas designed the Aboriginal flag which was first flown on National Aboriginal Day in Adelaide in 1971, and subsequently used at the Aboriginal Tent Embassy in Canberra the following year.

He told New Matilda the flag was originally intended to be a political statement on Aboriginal land rights and other issues affecting Indigenous Australia, which he said have nothing to do with Reclaim Australia’s objectives.

“It was a political act at the time of the late 60s and 70s, when Aboriginal activism was at its burgeoning power,” Mr Thomas told New Matilda.

“It expressed a lot of things about Aboriginal rights – land rights, incarceration, the poor poverty, health, housing and education standards that are abysmal in this country.

“We needed a rallying point and that was the flag I created, which could capture and inspire us as a people who’ve got something to say about our beautiful culture and what we have to deal with.”

Mr Thomas still holds copyright over the flag, but allows the use of it for non-commercial reasons. He says organisers should have obtained the permission of the Aboriginal community beforehand.

“They should get permission from Aboriginal communities in general. The flag is our identity and expression of who we are. It’s quite clear we use it freely and willingly and the government recognises the flag. It has its place.

“But to utilise it as a banner for anger or for another skewered reason is idiotic.”

He says the Australian flag, in contrast, has been used for “a particular symbolism of white Australia” since 1901.

“The white Australian flag with the union jack is a fact of history. It’s an undeniable fact that people came here 200 years ago to colonise a place under the Union Jack…. We can’t argue against that as Aboriginal people.

“But it’s also a fact that Aboriginal people have been here for 50,000 years and that Aboriginal flag represents that history, that profound history of the past, present and the future. All flags can fly alongside each other.

“But you can’t use it in the context of what it was used for in Reclaim Australia. Who’s reclaiming it? Reclaiming it for who?

“We’re going through law to get rights to reclaiming land that we were denied… that’s a reality and it’s the proper thing to do by the courts of law, but this emotion about Reclaiming Australia… it’s just nonsense.”

Mr Thomas says he has no problem with non-Indigenous protestors using the Aboriginal flag for other purposes. 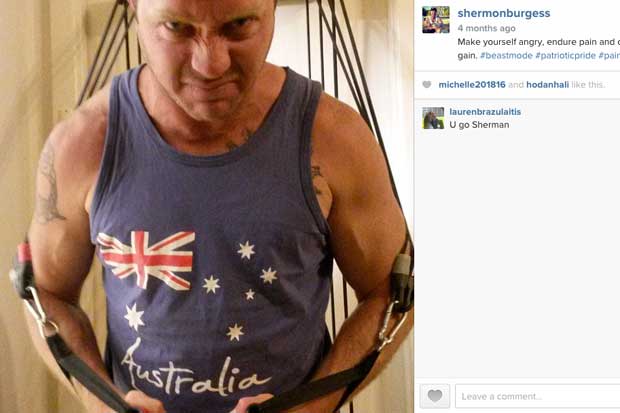 “When white people get up and rally for Aboriginal rights, and use the flag, that’s fine. When you see that, the Aboriginal flag is out there doing its job. But sometimes it gets into the hands of the wrong people,” he told New Matilda.

“Some people say to me how come the Aboriginal flag is being used against uranium or other protests, but I support those issues. I’m not against the usage of that when non-Aboriginal people use it for positive reasons to protect the environment, to protect humanity. That’s what it’s for.”

But he says this is not a cause he supports, and that if Reclaim Australia wants to use a symbol – they have the Australian flag.

“I don’t know what their identity is – but if they want to use the Australian flag and raise it for their white supremacist ideas, like in the Cronulla riots, they can use that. They didn’t use the Aboriginal flag in Cronulla.

“But it shows that they’re losing ground on this because the world has changed.

“It’s no longer the 1950s and people are tired of these extremists… any kind of fanaticism that denigrates other people is not part of the world we live in.”

* New Matilda is a small, independent Australian media outlet. We rely almost entirely on reader subscriptions for our survival. If you would like to help us keep reporting, you can click on the April subs special immediately below. Or simply share this story on social media.