As applications in Australia dwindle, the rest of the world is under increasing pressure to deal with record numbers of asylum seekers, a new report has shown.

The United Nations Human Rights Committee's (UNHCR) annual asylum trends report has found that for the fourth consecutive year the number of applications in industrialised nations has increased, up 45 per cent from the previous year.

But as other wealthy nations face growing numbers of applications, Australia is bucking the trend, with a 23 per cent decline in the number of applications registered in 2014. 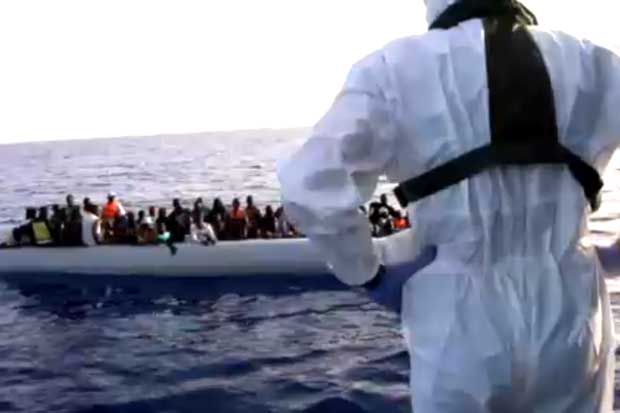 The number of people seeking asylum in the 44 nations the UNHCR defines as ‘industrialised’ has rapidly increased on the back of the dire situations in Syria and Iraq.

The number of claims in 2014 was the second highest annual amount since the early 1980s when the UNHCR started collecting the figures, the report said.

Germany remains the major destination for new applications, receiving close to 175,000 in 2014, compared to under 9,000 in Australia.

The top five destinations for asylum seekers in 2014 – Germany, the United States, Turkey, Sweden, and Italy – accounted for six out of 10 claims lodged globally.

The report does not include the number of arrivals in non-industrialised countries.

Tough deterrent policies may be stopping asylum seekers coming to Australia by boat but they’ve done nothing to slow the humanitarian crisis playing out across the globe.

“Europe has witnessed a large number of sea arrivals in 2014. More than 218,000 refugees and migrants have crossed the Mediterranean Sea in 2014 – almost three times the previous known high of about 70,000 in 2011 during the ‘Arab Spring’,” the report said.