Tim Anderson has been a lifetime political activist, and an enduring interest for Australia's security intelligence agencies… which means he must be a good activist.

Anderson was jailed over the 1978 bombing of the Hilton Hotel, only to be acquitted almost a decade later when it emerged the Crown's case was, to put it plainly, complete and utter crap.

While the real perpetrator has never been found, it's generally accepted that the bombing was most likely committed by a state or federal government security agency.

These days, Anderson is an academic at the University of Sydney, and is eye-ball deep in activism around Syria. Here's his answers to the New Matilda 20 Question Challenge, plus a bonus question at the end which we'll forward to the next victim.

1. How do you get your news?
I inform myself from a wide variety of internet sources; I don’t watch television or read newspapers.

3. What issue should be number one on Australia’s political agenda?
Honesty.

4. If you could force the PM to work one day in another job, which job would nominate for him?
Choir boy.

5. What is the best/worst tweet you’ve ever seen?
I don’t read tweets.

6. What are you reading at the moment?
‘The Great Syrian Revolt [of 1925]and the rise of Arab Nationalism’, by Michael Provence. 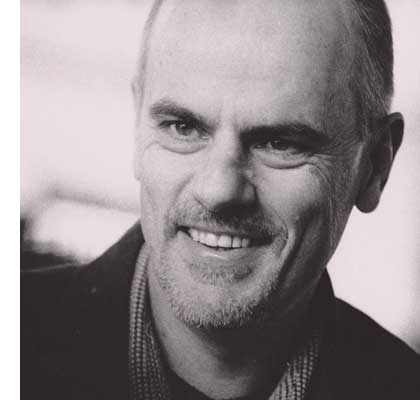 7. Who would you like to get stuck in an elevator with and why?
Someone who doesn’t panic.

8. What’s the weirdest thing you have in your house?
A decorated penis gourd from PNG

9. You get drunk with Joe Hockey at a Liberal Party fundraiser and he agrees to let you change one thing in the budget, what do you change?
Chop out the slush funds and tax breaks for coal companies.

10. The headline you’d most like to see on the front of a daily newspaper?
‘This paper is closing down.’ It would be a great boost for Australian mental health.

12. If you were offered, say, a $60,000 scholarship to study anywhere in the world, where would you go?
Damascus University.

13. You’re Andrew Bolt for the day, what crazy right-wing conspiracy theory would you advance?
Who is Andrew Bolt?

15. What’s the best dish you can cook?
Steamed corn.

16. Which Australian thinker or leader inspires you?
The late Jim Cairns.

18. If you could take one person from history on a date, who would it be?
Harriet Tubman.

19. What image should hang on the wall of the PM’s office?
A picture of the arse of the US President, to remind them what to kiss as part of their core election promises.

20. If you could tell 20-year-old past Gary Foley one piece of advice, what would it be?
Nothing. He doesn’t like advice, then or now.

21. What question would you like to see the next person ask?
What uplifts your soul?