A deal which trades off retail workers’ penalty rates in exchange for higher base-rate pay is proof – the South Australian shoppies union said today – that if employer groups negotiate in good faith their concerns over the cost of penalty rates can be addressed within the current system.

While the South Australian business lobby will continue to push for changes to the penalty rates offered under the retail award, the Secretary of the Shop, Distributive and Allied Employees Association, Peter Malinauskas told New Matilda the deal is a win for workers as well as their employers.

“By achieving a higher base rate of pay, this is a package that doesn’t leave workers worse off, and it demonstrates the point that employers can [address concerns over penalty rates]through the existing system,” Malinauskas said.

While “the Abbot government and extreme employer organisations are trying to attack people’s wages and conditions,” he said, Business South Australia had “decided to take the high road and actually engage the unions”.

The agreement provides a ‘template’ enterprise agreement, and will be used by businesses with up to 40,000 employees, Malinauskas told New Matilda.

It delivers workers a guaranteed annual pay rise of three per cent while allowing employers to curb the cost of penalty rates, notably by abolishing them on weekdays and Saturday.

In exchange, workers would receive a guaranteed annual pay rise of three per cent, plus “an upfront pay rise of $60 per week, which is about 8 per cent,” Malinauskas said.

The deal would also give workers increased rights to refuse weekend work, and the union secretary said it recognised the importance of penalty rates to casual workers because rather than the Sunday cut from double time to time and a half, they would receive 175 per cent loading. 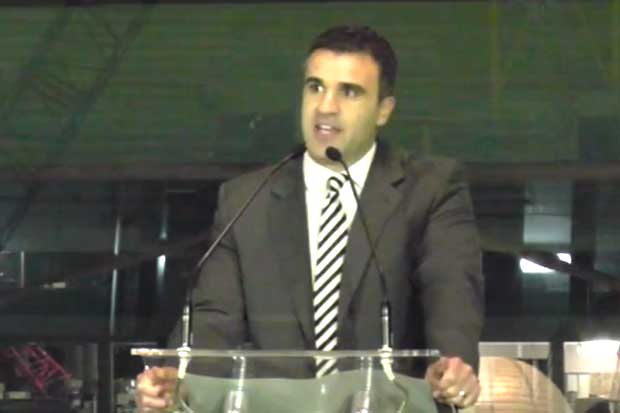 It will be up to stakeholders in individual workplaces, though, whether they take up the deal.

“For this agreement to come into affect an employer has to want it, a majority of employees have to agree to it, and the Fair Work Commission has to okay it [under the better off overall test],” Malinauskas said.

The nine-month negotiations over the deal played out against a backdrop of growing suspicion from workers rights advocates concerned about the broad-ranging Productivity Commission Inquiry the Abbott government has set in motion.

Australian Unions, which have run a vocal opposition campaign, are concerned that the economically dry Productivity Commission will provide a ‘blueprint’ for the government’s ‘anti-worker agenda’.

Last month the Employment Minister, Eric Abetz, moved to allay those fears by ruling out any changes to penalty rates without an election mandate, regardless of the Productivity Commission’s recommendations this November.

It’s a decision the CEO of Business SA, Nigel McBride, has labelled “unfortunate”.

Despite the agreement reached today, McBride said, Business SA “will still be seeking to have the Fair Work Commission reduce penalty rates in the Retail Award”.

He said today’s agreement was proof the union “has recognised that penalty rates are a barrier to retailers opening and employing people on Sundays and public holidays”.

“The current system is not providing what is needed and this is evidenced by high business closures and unemployment,” McBride said.

“This agreement at least gives retailers a viable option to make it easier to open and employ people on weekends and public holidays.”

The union is more enthusiastic, though, and it has heralded the deal as a “substantial shift from South Australia’s largest employment organisation”.

“What we’ve done is engaged with Business South Australia to negotiate a template of enterprise agreements for small retail in South Australia, in a way that is not dissimilar to what occurs with major retailers across the country,” Malinauskus said.

“Within the existing Fair Work Australia system, negotiations can take place between employers and employees in a collective framework.

“The thing about enterprise bargaining is that when you have two responsible parties that are committed to getting a good outcome, they can do that.”