With the news of former Australian Prime Minister Malcolm Fraser’s death this morning, refugee advocates have been particularly vocal in expressing their condolences.

Fraser was known in office for his support of Vietnamese refugees, fleeing their homeland at the conculsion of the Vietnam war.

Since the Keating government introduced mandatory detention of refugees in 1992, Fraser has become an even more prominent – and consistent – critic of Australia's treatment of people seeking asylum.

Fraser's compassion on this issue was a major focus of social media this morning.

Vale Malcolm Fraser. Our champion Visionary My hero Reminded us of how great & compassionate political leaders can be

Very sad news this morning about Malcolm Fraser. He was a dignified man who understood the plight of #refugees – and did something about it.

Mr Fraser a politician of principle and leader of compassion. A true gentleman with a heart full of empathy. I am devastated.

After leaving office, Fraser became an outspoken advocate himself, castigating Labor and Coalition governments for their treatments of refugees.

1. A Case For Diversity

Fraser consolidated a multicultural approach towards immigration, making this observation in 1981:

“The less constructively a society responds to its own diversity the less capable it becomes of doing so. Its reluctance to respond, fuelled by the fear of encouraging division, becomes a self-fulfilling prophesy – the erosion of national cohesion is a result not of the fact of diversity but of its denial and suppression”.


2. Welcoming Vietnamese Refugees, Including Those Who Came By Boat

In a press releases issued today, even the Liberal party acknowledged that taking “a leading role in the resettlement of Vietnamese refugees” was one of the former PM’s major achievements.

The broader politics around the policy should not be totally forgotten – these refugees were fleeing a communist government, making them more palatable as potential citizens to a conservative Australian government. Fraser entered politics as a stern anti-communist.

Nonetheless, in the face of scepticism from Ministers, Fraser maintained a humane policy and by 1995 these refugees and their families made up more than 1 per cent of the population.

It was a policy Fraser was proud of, and one he used to make the broader case for multiculturalism. He later wrote: “After the end of the Vietnam War, with tens, even hundreds of thousands of people fleeing from Indo-China, procedures were put in place that did work.”

“This resulted, so far as Australia is concerned, in a dynamic Vietnamese Australian community, energetic, innovative and contributing enormously to the culture and development of this nation.” 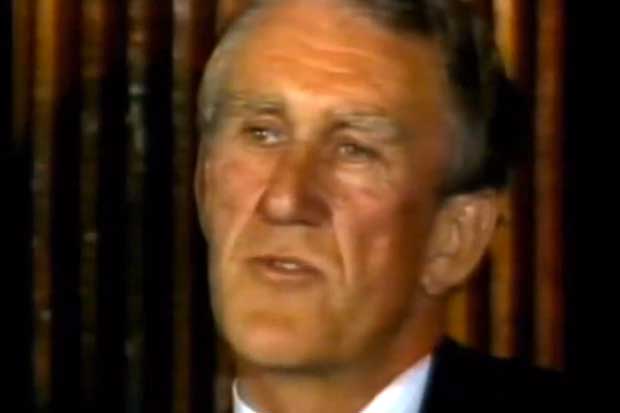 Distressed by the Howard government’s handling of the Tampa incident Fraser almost left the Liberal Party in 2001 (something he finally did nearly 10 years later).

“If we want a cohesive society, if we want people that are prepared to respect others who are different in our society, I think a number of the race-related issues have been handled in ways which I really abhor,” he told Kerry O’Brien in 2010, pointing to Tampa as an example.


4. Rejecting Appeals To “The Fearful And Mean Sides Of Our Nature”

As Labor started to explore more punitive migration policies in 2010, including sending refugees to Malaysia, which is not a signatory to the refugee convention, Fraser hit out at both sides of politics.

“This is a demeaning debate, it's a miserable one. It also shows that the politicians who participated in this debate have contempt for all of us, for the majority of the Australian people. They believe that despite all the evidence to the contrary, that if they appeal to the fearful and mean sides of our nature, they will win support.”


5. He Also Rebuked Both Major Parties Over Their Race To The Bottom

Recent years have given the former PM plenty of opportunity to criticise those who came after him. After Kevin Rudd reclaimed the role of Prime Minister in June 2013, he broke a promise not to ‘lurch to the right’ on asylum seeker policy. Foreign Minister Bob Carr hit the press denouncing those who come by boat as economic migrants.

In an op-ed savaging Carr, Rudd, and Abbott, Fraser summarised the despair many Australians were feeling.

“Our two major political parties should be congratulated on one thing: they both seem to have found new ways of taking Australia's approach to this problem to new depths, to new lows.”


6. Standing Up For Triggs

"Even Australians who take a very, very hard line about asylum seekers – and unfortunately there are more than I would like to think – are probably a bit uncomfortable with the kind of treatment that has been meted out to children in detention by the Australian Government, in their name.”