As emergency relief workers continue to mop up in the aftermath of Tropical Cyclone Pam – a Category 5 event which struck Vanuatu and other Pacific Nations on Friday – the warnings of Vanuatu’s President Baldwin Lonsdale in the lead up to the storm have been brought in to sharp focus.

“Yes, climate change is contributing to this,” Lonsdale said at a conference in Japan focused on disaster risk reduction.

Cyclone Pam has reportedly claimed 24 lives, with reports indicating tens of thousands have been homeless.

In response to these events the Climate Council has today released a brief report on how our changing climate will in turn change tropical cyclones in the future.

“The damage caused by Cyclone Pam through widespread flooding was exacerbated by climate change,” the report says.

It echoes the predictions of other research in arguing that tropical cyclones like Pam will become more intense, but less common, and the worst climate change related impacts will be from intensifying storm surges. 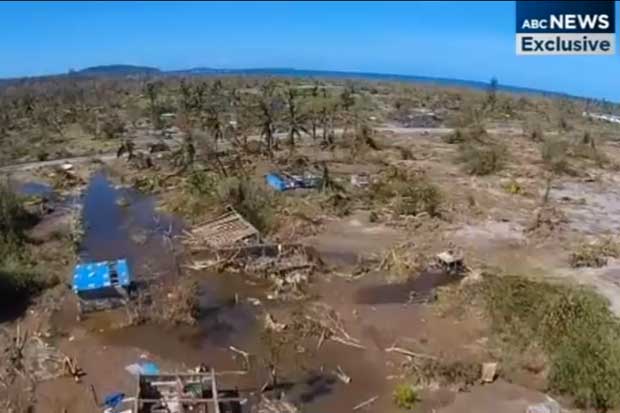 Storm surges occur when strong onshore winds and reduced atmospheric pressure lead to a rise in the sea level, often along hundreds of kilometres of coastline, and can cause severe flooding up to several kilometres inland.

As the globe warms, and sea levels rise as ice sheets melt, storm surges will grow more severe because they will be riding on a higher base sea level.

Global sea level has already risen by about 20 cm since the mid-19th century, and are expected to rise an additional 40cm to nearly a metre by 2100 compared to 1990s levels, according to the Climate Council report.

Whether these projections are realised will mostly depend on how quickly global emissions are curbed, and at what temperatures the Greenland Ice Sheet reaches a tipping point, which causes it to melt much faster.

Amanda McKenzie, the Climate Council’s CEO, told New Matilda that while the tipping point could be anything between a one and two degree temperature increase, serious damage has already been done to the global climate.

“It’s kind of like turning around a battleship – you can’t just do it immediately, there’s an inertia.”

Earlier this month the UN warned that climate-related disasters already account for over 80 per cent of all disaster events, and have contributed significantly to economic and human impacts, including the creation of environmental refugees.

“It is sobering to note that 700,000 people have died in disaster events over the last 10 years,” Margareta Wahlström, head of the UN Office for Disaster Risk Reduction said.

“A total of 1.7 billion people have had their lives disrupted in some way.”

Wahlström said it is of “great concern” that reported disaster events have cost $1.4 trillion in the last 10 years and 155 million people have suffered long-term displacement since 2008.

For Australia’s low-lying Pacific neighbours, storm surges are likely to be the largest contributor to these sorts of human and economic costs.

In November 2012, Cyclone Sandra caused 16 deaths and over $160 million in damage across the Pacific, and the following month Cyclone Evan left scores more dead and caused an estimated US$300 million in damage.

But it was Cyclone Haiyan – in the Phillipines – which caused the worst damage, killing thousands and displacing millions more.

Haiyan was accompanied by a storm surge which reached up to 5.2 metres in Tacloban – a massive flooding event that Pacific Nations may have to get used to.

“Annual damage and protection costs from coastal flooding are projected to amount to several percentages of the national GDP for countries such as Kiribati, the Solomon Islands, Vanuatu and Tuvalu under sea-level rise projections of 0.6–1.3 m by 2100,” according to today’s Climate Council report.

Because of these economic costs and high death tolls, McKenzie told New Matilda, “preventing climate change is preventing human suffering in the future”. 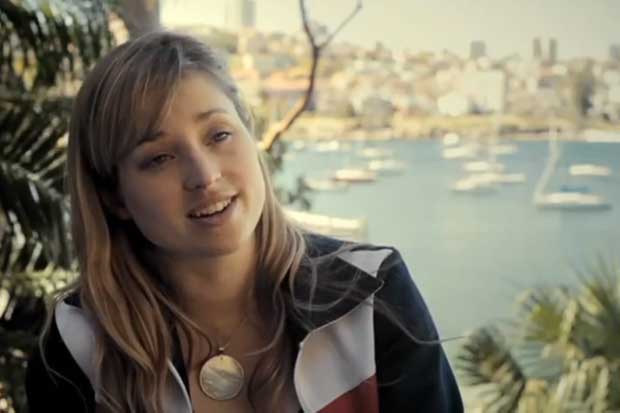 She says Australia should expect to take a bigger part in helping developing nations – particularly in the Pacific – adapt and respond to the consequences of climate change and associated coastal flooding.

“By 2050 — without adaptation — the losses from coastal flooding globally are projected to rise to $US1 trillion per year, approaching the size of the entire Australian economy,” the Climate Council report said.

If those high-end projections are realised, the global economy would be at threat of collapse.

For Australia alone, Climate Council modelling has suggested more than $226 billion in commercial, industrial, road, rail, and residential assets around the coasts are potentially exposed to flooding and erosion hazards.

McKenzie says she hopes “events like Cyclone Pam really rattle us and make us realise just how serious climate change is, and that we need to get very serious about reducing our emissions domestically and moving away from fossil fuels rapidly”.

In December the world will meet for the Paris climate talks. The Climate Change Authority – an expert body set up to advise the government – has suggested a target of 19 per cent emissions reduction on 2000 levels by 2020, scaling up to a 40-60 per cent cut by 2030.

“We think that would be much more in line with what’s happening internationally,” McKenzie said.

The Abbott government is expected to announce its targets mid-way through this year.

“Both the major political parties are not thinking about this issue as seriously as the scientists, and the scientists are telling us we need to act,” McKenzie said.