Iconic Central Australian Aboriginal leader Rosalie Kunoth-Monks – the first female Aboriginal actor and the lead in the movie Jedda – will address a public forum in Redfern on Friday evening to mark the International Day for the Elimination of Racial Discrimination.

The event on March 20 is being hosted by Stop the Intervention Collective Sydney, and is entitled ‘First Nations Women Speak out about Treaty’.

The forum will provide a rare opportunity to hear directly from Rosie, an Arrernte-Alyawarra Elder from the Utopia region, 350kms north east of Alice Springs.

Rosie featured in John Pilger’s 2014 film ‘Utopia’*. She is currently a Freedom Summit Delegate and has been named 2015 Northern Territory Australian of the year, in recognition of her life-long activism.

Rosie will be joined by New Matilda’s very own Amy McQuire, a South Sea/Darumbal woman. Amy is the former editor of Tracker magazine and the National Indigenous Times, and now a senior journalist with New Matilda. She was also a researcher on Pilger’s Utopia. 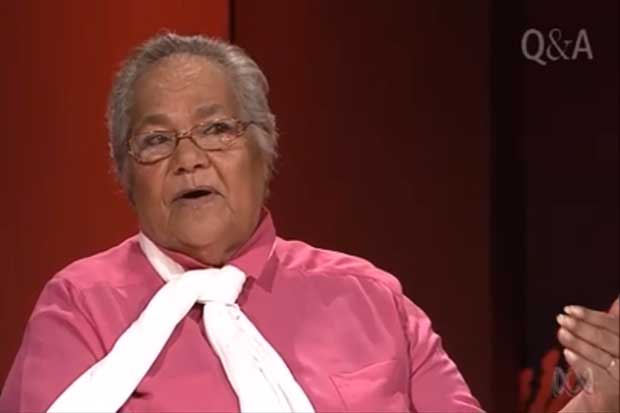 Natalie is a Gamileraay woman who works in the legal profession and writes on Indigenous affairs, and Amala is an artist and social justice activist who was recently elected onto the National Board of the National Congress of Australia’s First Peoples.

The forum will be chaired by journalist and film-maker, Jeff McMullen.

The forum will discuss the need for Treaty between Australia and First Nations People. It will also touch on land rights and the threat oc closure being faced by remote communities. Incarceration rates and child removals will also be discussed.

The forum will also discuss the relationship between Treaty and the current campaign for constitutional recognition. There will be an opportunity for questions and answers at this event.

Rosalie recently told Al Jazeera, “We are under assault… We feel we've got the big white man's boots on our throat."

You can donate to assist the outstanding work of STOP THE INTERVENTION COLLECTIVE SYDNEY. Their details are below.