Thousands of injured workers in NSW have had their workers’ compensation benefits revoked after laws handed insurers – rather than medical practitioners – the power to determine a worker’s capacity to return to their job, a union-backed study has revealed.

And tens of thousands more have had their medical assistance benefits cut, despite suffering long-term injuries, after the government raised the threshold for permanent impairment claims.

The study, completed by Macquarie University, has condemned the NSW government for its “inefficient, dysfunctional and morally impoverished” changes to the workers’ compensation laws in 2012, and prompted the state’s peak union body to accuse the NSW Government of ‘throwing injured workers on the scrap heap’

The changes were introduced in 2012, and led to the termination of 5,000 workers’ income entitlements, and left at least 20,000 long-term injured workers without ongoing medical assistance, a new report has revealed.

The report, commissioned by Unions NSW and completed by the Macquarie University Centre for Workforce Futures, has added weight to unionists’ claims that the NSW government is ‘attacking workers’.

It follows a union-organised National Day of Action last week, which saw tens of thousands of workers march around the country against the Abbott government, and state governments including Mike Baird’s, for their ‘attacks on workers’.

The report found there has been a 24 per cent reduction in active compensation claims since 2012.

“More than 5,000 workers have had their income entitlements terminated,” the report found. At least 260 of these people were unemployed when their benefits were cut.

The dramatic reduction is due in part to the fact that under the new laws medical practitioners no longer assess a worker’s capacity to return to the job. That role is now performed by the insurers – the corporations who also have to pay out the claims.

The report highlights the “inherent conflict of interest” and points out that insurers’ responsibilities to compensate injured workers are “overshadowed by their mandate to maximise profits”.

Compounding these problems is the removal of workers’ rights to legal assistance if they are unsatisfied with an insurers’ determination of their capacity to work.

A survey conducted in April-May 2014 by Unions NSW found that nearly half of respondents had navigated the complex workers compensation system alone, after legal assistance provided by the previous legislation was scrapped. 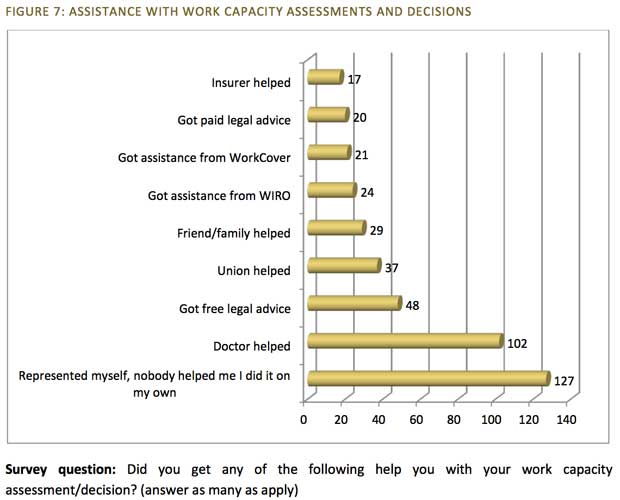 The 2012 changes also saw an overall tightening of eligibility criteria for cover, in particular for workers suffering long-term impairment.

Under the changes, the loss of sight in one eye, substantial loss of an arm, leg or total loss of movement of the wrist, does not qualify a worker for permanent impairment compensation, and they’re not entitled to claim ongoing costs for medical expenses.

The changes were introduced because the NSW workers compensation scheme’s deficit had blown out to $4.1 billion in December 2011.

A month before the legislation passed parliament in June 2012 Barry O’Farrell, the then Premier, told a function hosted by the NSW Business Chamber that advice provided to government “makes clear that if no action is taken, the scheme will rapidly and dramatically worsen”.

He indicated that NSW employers were paying out between 20 and 60 per cent more in workers compensation insurance premiums than their counterparts in Victoria and Queensland.

However within two years of the changes being implemented, in December 2013, the scheme’s finances had returned to a $1.6 billion surplus.

The report argues the financial recovery of the scheme is also partly attributable to improved investment after the Global Financial Crisis, and that it should be adjusted in light of its improved balance.

But rather than direct the money towards improving compensation for workers the NSW government has repeatedly reduced revenue to the scheme by lowering compensation premiums required from employers.

Since June 2013 employers’ premiums have dropped a total of 17.5 per cent, even while reviews of the 2012 amendments have consistently argued the system is short-changing workers.

Yesterday’s Macquarie University report was based on four separate reviews carried out by, or on behalf of, the NSW parliament or government between July 2012 and November 2014.

The new scheme remains largely unchanged, despite “each of these reviews highlighting ways in which the scheme lacks fairness for injured workers and offers recommendations for improving the operation of the scheme and restoring fairness”, the report said.

Slight changes made in September last year restored only “particular benefits to a small group of injured workers,” the report said.

“The evidence demonstrates that regulatory changes introduced to the system in September 2014 have not gone far enough to restore fairness and equity in the NSW workers’ compensation scheme”. 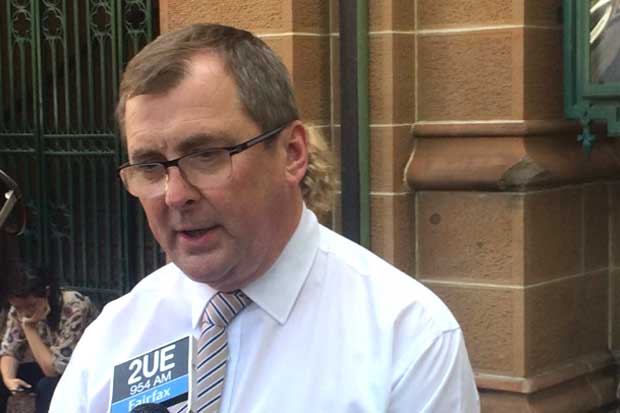 Unions NSW Secretary Mark Lennon said the researchers’ findings showed that “tens of thousands of people injured at work have been left on the scrap heap by this government”.

"Many have been forced onto Centrelink benefits and have had to go without medical treatment for their injuries,” he said.

"This report finds that restoring benefits to injured workers is entirely affordable within the scheme."