Another day, another gaffe from Joe Hockey.

This time around, Hockey has stumbled into superannuation – always a delicate issue in Australia, given the trillion-dollar savings pool it represents.

“I get a lot of people approaching me saying that young people should be able to use their superannuation to fund a deposit on a home, on their first home,” the Treasurer said last week.

“I am concerned about rising house prices and the accessibility to homes and homeownership for younger Australians, but we've got a limited pool of savings. We need to have these conversations.”

By linking retirement savings to housing affordability, Hockey has sparked off a furious debate about the role of superannuation and the state of Australia’s housing market.

Not that this is a policy, mind you. It’s more of a “thought bubble”, as the politicos sometimes say: an idea thrown out in the public arena, to see just how popular it is.

Not very, it turns out. Hockey has taken a beating from economists, housing policy experts and (unsurprisingly) industry super funds.

The reason Australia has such a major housing affordability crisis is relatively simple. Our houses cost too much. A property bubble, driven by investors seeking capital returns, has inflated the price of Australian capital city housing well above its true value. Contributing factors all combine to drive up house prices: generous tax subsidies, low interest rates, a ready supply of home loans, and a lack of new housing supply.

As a result, Australians are now paying some of the highest rents and mortgages of anyone in the world. A report on Australian housing debt by Barclays bank last year reported that Australian household debt was at a record high. 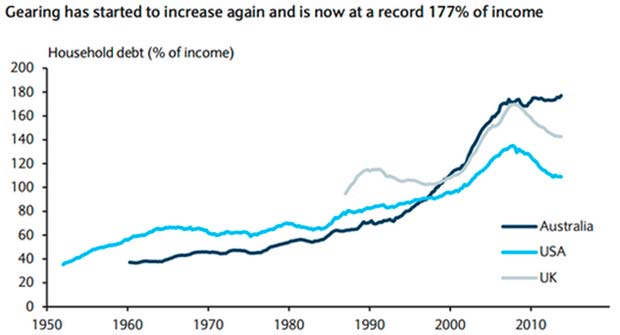 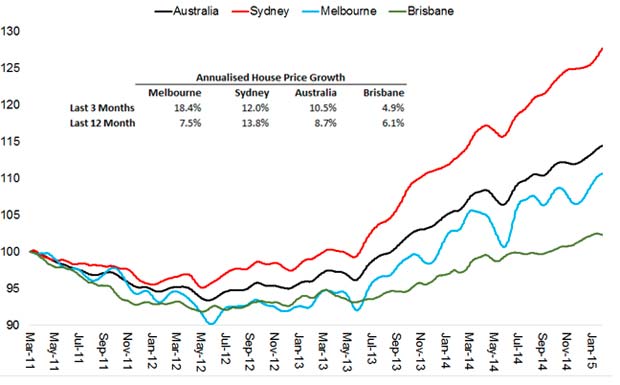 What goes up can also come down – as mortgage lenders in America and Europe found in 2008. Should Australia’s housing bubble ever pop, we’ll be in for a wild ride. Too big to fail is already a reality in this country, where the big four banks are all heavily exposed to home mortgage debt.

But you don’t have to get involved in the Great Bubble Debate to see that housing affordability is a massive problem for ordinary Australians – particularly younger and poorer Australians.

Recent research from the Australian Housing and Urban Research Institute found that between 1981 and 2001, home purchase rates for the poorest fifth of 25-34 year olds dropped from 60 per cent to just over 30 per cent.

The report concluded that “the home purchase market is becoming a mechanism for reinforcing inequality: lower and single-income households are being locked out of the opportunities for wealth building and secure occupancy that has historically been offered by home ownership.”

For those locked out of buying a house, the only alternative is the private rental market. Australia has one of the worst-regulated and most expensive private rental markets in the western world. Since 2006, rents have outpaced inflation. There is now a crisis in affordable rental supply. In a vivid example of the problem, a recent survey of private rental properties by Anglicare found that of 62,000 homes for rent that it looked at, less than 1 per cent were affordable for a single person on government benefits.

What can be done to fix housing affordability in this country? Almost anything but allowing people to dip into their super.

The problem with letting people spend their super to buy a house is that it won’t help housing affordability. It will make it worse. Allowing home buyers to dip into their super won’t help increase housing supply. Unless new dwellings are constructed, it will  simply bid up the price of existing housing stock.

We know this because state and federal governments have been doling out first home ownership subsidies for decades – even while housing affordability has worsened, and home ownership rates have declined.

As economist Saul Eslake remarked in a recent speech, “it’s hard to think of any government policy that has been pursued for so long, in the face of such incontrovertible evidence that it doesn’t work, than the policy of giving cash to first home buyers in the belief that doing so will promote home ownership.”

It turns out that there is worse policy: allowing first home buyers to spend all their super on a deposit. The result would be even worse than first home owners grants. Not only would it bid up the price of houses, it would also threaten the savings of younger Australians and further expose the Australian economy to the risks of a property crash.

As the ABC’s Ian Verrender wrote yesterday, “to suggest that young Australians should be allowed to withdraw cash from a superannuation system that is hardly balanced so it can be invested in a market that has become completely distorted, beggars belief.”

The idea is so alarming, it has smoked former prime minister Paul Keating out of his semi-retirement. Keating penned an article today in which he made the obvious point: superannuation is a device for saving. If you’re spending your savings on a house, that’s not saving. “I have never expected the Liberals to believe in much,” he writes, “but as a conservative party you would expect them to believe in thrift.”

As Eslake has pointed out, if governments really want to address housing affordability, there are a number of things they could do.

First and foremost, they could build new houses. Australia desperately needs new houses and flats, close to jobs and amenities, that ordinary workers on low and middle incomes can afford. The market is demonstrably failing to build them, for reasons that include the huge tax subsidies tied up in existing properties.

It can be done. Australian governments used to build public housing all the time. The Rudd government was quite successful in stimulating affordable housing with its Social Housing Initiative, but funding was limited. Joe Hockey has since cut funding for affordable housing, killing off the National Rental Affordability Scheme in last year’s budget.

Governments could also remove the perverse incentives that benefit landlords and home-owners, and penalise renters and home buyers. Negative gearing would be top of most lists. Money spent on stamp duty exemptions and home owners’ grants should also be redirected to building new houses. Capital gains tax exemptions for property should be tightened.

As for super? Well, it needs reform too. A good start would be to slash the absurdly generous tax concessions granted to high-income earners. Super tax concessions will cost the federal budget about $30 billion this year. You could build a lot of affordable housing with $30 billion.