Aboriginal Australia has become accustomed to having the real history of this country whitewashed, particularly when it comes to the representation of our mob on the big and small screens.

If blackfellas weren’t left completely out of Australian film, we were often subject to racist clichés. As Aboriginal writer Liz McNiven says, it’s either as the “subordinate sidekick or a primitive savage”. Blackfellas were always presented as inferior to the white character.

The weapons used to fight against these despicable portrayals were Aboriginal filmmakers themselves, who had the ability to tell their own stories with the lessons learned from their own experiences.

Who else but an Aboriginal filmmaker could have made Warwick Thornton’s Samson and Delilah? Who else but Bruce McGuiness could have made Blackfire and a Time to Dream? Would a non-Aboriginal screenwriter have made such a funny and devastating film like Wayne Blair’s The Sapphires? What about Ivan Sen and Mystery Road?

And what about the greats – Bob Maza and Gary Foley – and the others who were behind the acclaimed Black Theatre in Redfern? Aboriginal filmmaking is now firmly established. We’ve had some great non-Indigenous directors present important stories – Ned Lander’s The Wrong Side of the Road, Phillip Noyce’s Rabbit Proof Fence and Rolf De Heer’s Ten Canoes are standouts. But it has now become the norm for Aboriginal people to showcase their own stories, showing white Australia the history – both colonial, and in modern times – through a black lens.

So it came as a shock to me when I saw an article in the Sydney Morning Herald, that the latest BBC drama to hit our shores – Banished – does not include a single Aboriginal person.

It’s even more shocking when you consider what Banished is about – the convict crew of the First Fleet.

It has already drawn big audiences in the UK, although the reviews have told another story (one labelled it “I’m a Convict, get me out of here!”).

Jimmy McGovern, the co-producer of the series, was also involved in the ABC’s acclaimed Indigenous drama Redfern Now.

Redfern Now received critical reception from mainstream audiences, but was controversial within many Aboriginal communities – including amongst people in Redfern, with some feeling it portrayed the iconic inner-Sydney suburb as it was about 40 years ago.

But still, McGovern would have met many Aboriginal people in the course of his work with Redfern Now. So there’s no excuse for failing to include black history in a white-convict drama about an historical event that heralded the widespread assault and decimation of Aboriginal culture and people.

But of course, he did try to offer an excuse, as half-hearted and preposterous as it was.

McGovern claims that although he had time to flesh out the white characters in Banished, the timeframe of the show didn’t give the opportunity to write a black character.

“It’s difficult to exaggerate how important it is to get the portrayal of Indigenous Australians right,” he claimed in the Sydney Morning Herald interview. “In recent years I have been fortunate enough to work with a group of Aboriginal people as story editor on Redfern Now, a contemporary urban drama.

“The time-frame in Banished is very short – something just over two weeks – and there is not sufficient time to develop and do justice to Indigenous characters. Hopefully if there’s another series there would be time to collaborate and get any representation right.”

It’s not hard to write a black character – he could have accessed the vast knowledge across Aboriginal Australia, from talented writers like Kim Scott, or Anita Heiss, or Melissa Lucashenko or historians like Foley or John Maynard. There are many blackfellas who I’m sure would have been more than happy to help.

If you are going to present a historical drama based on events in Australia to a British audience, you have a responsibility to get it at least partly right. To exclude the most important part of this story, the most devastating part of this story, because there was just not enough time to flesh out a black character is a cop-out of the highest order.

It’s almost as if the goal was to preserve the legal fiction that was terra nullius – that the landmass of Australia was empty when the British arrived.

To film a convict drama and not include one Aboriginal character is like filming “the Bridge on the River Kwai without the actual bridge!” as AIATSIS communication director John Paul Janke put it on Twitter yesterday.

As Aboriginal people, we’ve long had our history whitewashed. The various wars our people fought along the frontier were completely left out of the history books. Australian children still don’t learn about this history in school. My grandparents didn’t, my parents didn’t, I didn’t. I’m sure it’s a common story across Australia.

But as acclaimed historian Henry Reynolds writes in his book Forgotten War, it wasn’t always this way.

According to Reynolds, “Colonial historians placed frontier conflict in the mainstream of their narratives. Pioneer ethnographers who talked to the Aboriginal survivors of the killing times found that memories of loss and destruction lived vividly on and were widely shared with surviving kin. Many observers thought what was unfolding on the vast frontiers was a form of warfare. They said so many times over. Other commentators did not talk of war. It was a matter of personal choice. But there seems not to have been any public debate about how appropriate the term was when applied to Australian history. It was a less controversial matter at the end of the 19th century than it became a hundred years later.” 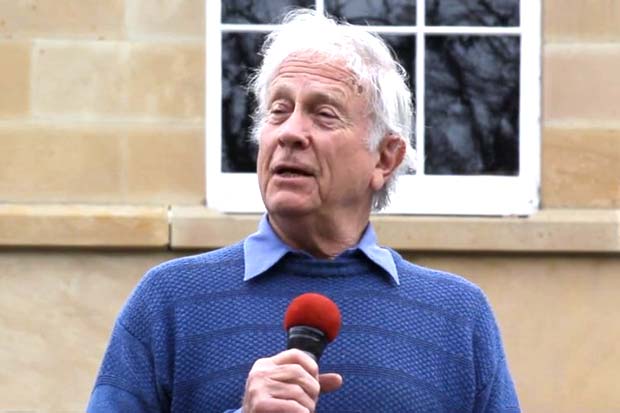 Fast forward to the 21st century, when this history, and the history of the First Fleet is again being whitewashed for English audiences.

An even more offensive explanation for the BBC’s complete ignorance of Aboriginal history came from co-producer Sita Williams, who claimed it wasn’t supposed to be historically accurate.

The sad thing for Aboriginal Australia is, since invasion it has always been “their 1788”.

“Their 1788” lives on in the offensive day set aside each year to celebrate the arrival of the First Fleet – Australia Day.

“Their 1788” bypasses the hurt felt by Aboriginal communities all across this country on this day. It bypasses the stories of Aboriginal struggle and perseverance and the intergenerational trauma that still exists across black Australia.

You might be able to excuse the BBC for their ignorance, for being so preoccupied with their own white history, but you have to consider this series was commissioned by BBC’s commercial arm in Australia – BBC Worldwide*.

In fact, it is the debut commission for their brand new channel, BBC First.

A series commissioned in Australia that preserves white history but completely ignores black history, not even attempting to include any Aboriginal representation at all, is one that should be boycotted by all.

*Amy McQuire worked for a brief time at BBC Worldwide.