Just months after using the tragic suicide of a 12-year-old Aboriginal boy as justification for moving people off their homelands, WA Premier Colin Barnett has tried to justify his government’s plans to close down up to 150 remote communities by claiming a review will uncover cases of child abuse and domestic violence.

In an interview with PerthNow last week, Premier Barnett said reviews were already being undertaken into which communities could face closure, following on from his controversial announcement late last year.

He told the website the review is being undertaken with “myself as Premier and the senior Ministers in the area of which involves health, Aboriginal affairs, regional development, education”.

According to Mr Barnett, it is “already underway”.

The announcement of the policy followed the WA government’s claims the Commonwealth forced them to sign up to an agreement which offloads responsibility for infrastructure and municipal services in remote communities back to the states. 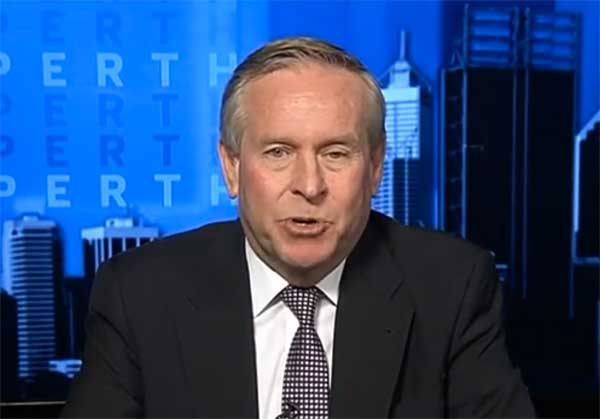 The WA government was given a one-off $90 million payment in the transition.

Its response was to announce the closure of up to 150 of the state’s 282 remote Aboriginal communities. Premier Barnett has repeatedly claimed many of these communities were economically unviable, saying some only have 10 people living in them.

Now he is also blaming Aboriginal people for their poverty, by claiming that he expects a review will uncover child abuse and domestic violence. When questioned on what evidence he had of this, he said it was something he anticipated.

“People can still go and visit their traditional lands, there is no barrier to people going out there and living if they wish to. The issue is will the taxpayer provide municipal services – power, water, cleaning, waste disposal. We’re not going to do it across 282 communities,” he told PerthNow.

“I think it brings to head the viability of those communities in terms of education for children, health standards, safety of children, domestic violence — all those issues. We are taking a very comprehensive view of it. We want to see Aboriginal people succeed, we want to see their children have a safe life and a fair chance at life through a good education. That cannot happen in remote tiny communities, it cannot.

“This is going to be a very difficult issue. I won’t walk away from this issue, I will probably get criticised, but there will be evidence come about appalling mistreatment of little kids. I as a Premier cannot sit by and let that happen.”

But his comments were slammed by Amnesty International’s Indigenous rights campaigner Tammy Solenec who said it raised alarm bells given what happened under the NT intervention.

“The alarm bells seem to go off when these reasons are given for justifying the abuse of Aboriginal rights,” Ms Solenec told New Matilda.

“We had the Stolen Generations, which is the best example – they were told it was for the good of the children, and done to prevent them from neglect – but yet we are still dealing with the consequences.

“We had the NT intervention [with]the army sent in, which demonised Aboriginal men and communities. It was a hard-handed approach and it seems that when people want to do something drastic and abusive, they wheel out this card about child abuse. It’s fearmongering.

“If this is what Premier Barnett is saying he needs to prove, then he needs to show the evidence of this occurring.”

The comments were also slammed by Noongar activist Marianne McKay, from the new Refugee Camp set up in Heirisson Island, off Perth.

The refugee camp was set up in protest at Premier Barnett’s plans, and the Noongar warriors are opening it up to any Aboriginal people who are dispossessed of their land as a consequence of these proposed closures.

“We feel that he’s done a backward turn. It’s like Mal Brough before the NT intervention which fabricated evidence in the first place about child abuse in Mutitjulu.

“All of that has been exposed.”

She says the refugee camp will show the world what is happening throughout Western Australia, and also will be a safe place for people removed from their land.

There are concerns the remote community closures will only force already disadvantaged people into bigger centers, which are not equipped to deal with it the influx.

“That’s how we feel as Aboriginal people. We feel like refugees in our own country,” Ms McKay says. 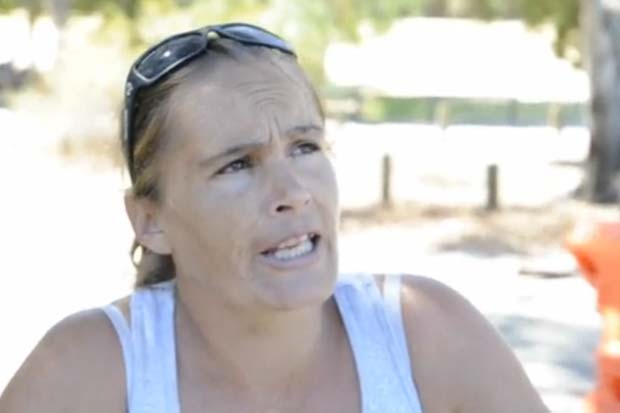 “This will get people asking why we are creating our own refugee camps.”

Ms Solenec says Premier Barnett’s claims do not support the evidence that shows living on your homelands is overwhelmingly beneficial to Aboriginal health and wellbeing.

“The evidence is that in the homelands, people living in remote communities, can live healthier, have better psychological stress levels.

“We’ve found the opposite happens when children go to cities and towns. There is a lot more risk of alcohol abuse, and other things.

“We’re not saying remote communities are perfect, communities have their issues… we would be asking if there’s any social problems that we need to address, to look at the causal and underlying factors behind family violence, trauma and child abuse, not closing down communities and dispossessing people of land and culture which only further traumatises children.”

West Australian Labor’s shadow Aboriginal affairs spokesperson, Ben Wyatt – himself an Aboriginal man – also told the ABC he found Premier Barnett’s use of child abuse offensive, given it has always been a fiscal decision.

“Four months ago it was a budget problem, now suddenly he's worried about child abuse in remote communities," Mr Wyatt told the ABC.

He said he didn’t believe Premier Barnett’s claims he was concerned about child abuse in these communities.

"I have watched him for seven years as Premier give seven different Premier's statements at the beginning of every Parliamentary year.

“Not once has he mentioned his concern about the children of remote Aboriginal communities until this year, now that he's trying to justify a decision to save money in the state's budget," he said.

"That is the single driving reason, he's now looking for more publicly acceptable reasons to justify his decision, and I find it quite offensive."