Did you realise that provided current policy settings remain unchanged, in 2055 the official Reserve Bank cash rate will be minus four per cent and housing finance will be free?

That’s right: you’ll be able to borrow as much as you like, and not have to worry about interest repayments. In fact, in a competitive market, some lenders may actually pay you to borrow.

That’s a projection I knocked up in 20 minutes using Reserve Bank interest data from the start of this century. It’s mathematically valid but absolutely useless. 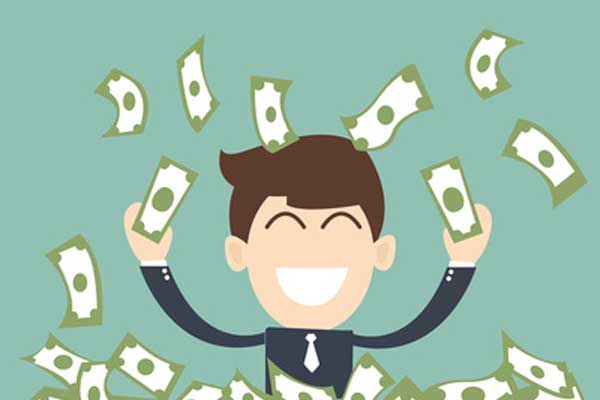 More effort, at considerable public expense, has gone into preparing Treasurer Hockey’s 2015 Intergenerational Report, a set of fiscal and economic projections taking us through to 2055.

Richard Denniss of the Australia Institute summed it up neatly on ABC radio yesterday when he said “The purpose of this report is simply to scare us into accepting the Government’s short-term agenda”, and he agreed with the suggestion that it was an opportunity “to bash the previous government over the head”.

Like my interest rate projection, it uses projections based on fixed policy settings, positing three scenarios for those settings – one historical (included for a cheap political point), one based on current political constraints, and the third based on the Coalition’s 2014-15 Budget:

‘Previous policy’ – a.k.a. the supposed policy of the big-spending-high-taxing profligate incompetent and irresponsible ‘Labor’ government from which Abbott rescued us in 2013;

‘Currently legislated’ – a.k.a. what parts of the 2014-15 budget have made it through the Senate;

‘Proposed policy’ – a.k.a. what the small-spending-low-tax frugal competent and responsible Coalition government could implement if only those recalcitrant Senators could share Hockey’s vision splendid.

And you have probably guessed how terrible that 122 per cent debt would be: the authors of the report remind us that it’s the same as Ireland’s gross debt, without mentioning that Ireland got to its predicament through its ‘pro business’ policies of low corporate tax and a lightly regulated financial sector.

A slightly different framing would have been to point out that a 122 per cent level of debt is a little higher than America’s present level, and that 60 per cent is about Germany’s present level.

Such a framing would be within a ‘grown up’ discussion of fiscal policy, and a recognition that government debt is a complex issue, thus detracting from the message about ‘the spending recklessness' inherited from the previous government’. Any discussion of debt is meaningless unless there is also consideration of the use to which that debt is put.

There is a huge difference between debt that is used to bail out irresponsible bankers or to sustain current consumption, and debt that is used to finance productive infrastructure – such as FTTP broadband, transport networks and energy utilities based on environmentally sustainable sources.

It is also important to consider whether a country has the revenue base to service its government debt.

But the report is particularly weak on public revenue, simply assuming that Commonwealth tax will remain at 23.9 per cent of GDP, implying that our total taxes (including state and local government taxes) will stay at about 28 per cent of GDP.  That compares with an OECD average of 34 per cent of GDP.

If, as the report projects, our incomes rise by about 70 per cent over the next 40 years, then we may want to allocate a higher proportion of that extra income to finance things we share, such as schools, universities, health care, and other public goods, as the people in prosperous northern European countries have done, and where taxes are in excess of 36 per cent of GDP.

Or is the Coalition’s vision one of private affluence coexisting with public squalor, to draw on Galbraith’s bleak portrayal of a country with enfeebled government.

And that 70 per cent rise in real incomes is not to be shared by all. A centre piece of the government’s ‘proposed policy’ is a freeze of government age pensions at 2017 levels. 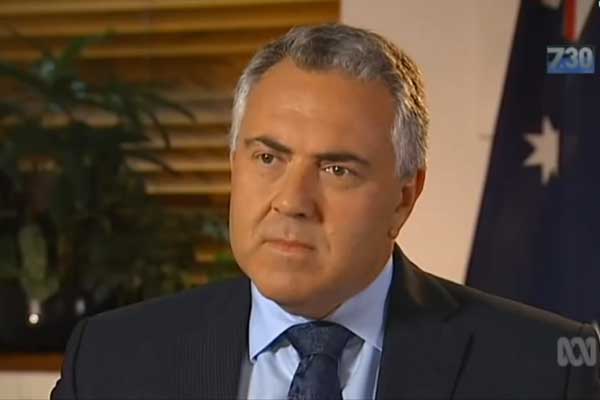 The worthy old – those who have accumulated tax-subsidised private superannuation pension accounts – needn’t worry, however. They will still get their tax-free income, even though tax foregone through superannuation concessions is already costing two per cent of GDP and is growing at 6.5 per cent a year. But the report is nonchalant about revenue issues – for example it neglects to model the effect of repealing the mining and carbon taxes (its ‘Previous policy’ scenario seems to be based on Hockey’s 2013-14 MYEFO estimates rather than Swan’s 2013-14 budget, thus inflating the claimed deficit under Labor’s policies.)

The report hints that the government sees a future with lower company tax, claiming that ‘Australia’s high reliance on company income tax imposes costs on the economy’ – a classic misrepresentation because of Australia’s almost unique system of dividend imputation which returns company tax collections to investors. But it wouldn’t do to mention imputation, because that was an initiative of a ‘Labor’ government, and we all know that ‘Labor’ governments are intrinsically anti-business.

A great deal of work has gone into producing this partisan drivel – a shameful misuse of the capacities of some of the country’s best economists – but the methodology has simply been a sophisticated version of my projection on interest rates.

The absurd outcome of my projection is influenced heavily by the Reserve Bank’s well-considered responses to the 2008 financial crisis, as it has given us a series of interest rate cuts. Those cuts were the monetary equivalent of Treasurer Swan’s fiscal stimulatory post-crisis budgets, which the Intergenerational Report is at pains to ridicule.

Neither the Board of the Reserve Bank nor Wayne Swan envisaged that these policy settings would endure. Nor should we assume that the current government’s ‘settings’ will endure – indeed the pace of fiscal revision over the last few weeks over Medicare payments, pay for soldiers, and sudden sums found for national security suggests that we need a fourth scenario – opinion poll-based panics.

Or better yet, an unbiased presentation of our long-term economic and fiscal options.