From Conflict to Cooperation, by Melbourne University’s Professor Marcia Langton, sets out to examine the “transformations and challenges in the engagement between the Australian minerals industry and Australian Indigenous peoples”.

Professor Langton’s main contention is that there has been an enormous improvement in relations and outcomes between miners and Aboriginal peoples over the past two to four decades. Aboriginal communities have experienced significant economic benefit and these now need to be consolidated through regulatory reform and a new economically driven Aboriginal financial trust and organisational structure.

Professor Langton has fulsome praise for the collaborative, indeed transformative, nature of the new era of Industry-Indigenous relationships and lauds mining companies and executives.

None of this is surprising. It is, after all, a Minerals Council publication and Professor Langton has a long connection with the big end of Shoveltown. 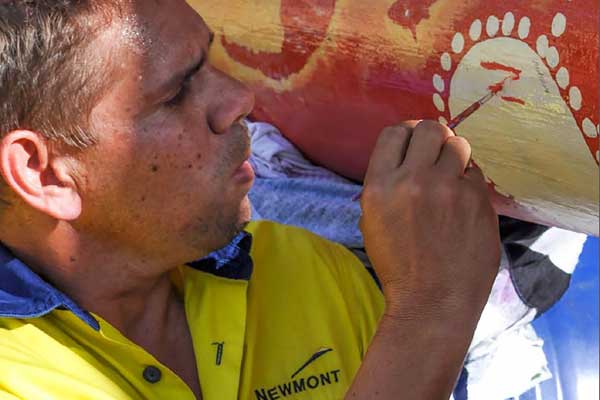 Two aspects of this paper are surprising.

One, Professor Langton sharply identifies the institutional bias and capacity constraints that work against Aboriginal communities and organisations in complex negotiations processes, yet she still claims the system delivers.

Two, her enthusiasm about the benefits of mining agreements is based on surprisingly scant information.

Late last decade the Native Title Working Group identified obstacles that frequently get in the way of successful agreements between Indigenous communities and mining companies. The working group noted that “there are only a limited number of good agreements to provide models… The reasons for the absence of more agreements containing substantial financial and other benefits for traditional owners after almost 15 years of the operation of the Native Title Act 1993 (NTA) is, in itself, deserving of inquiry”.

Indeed, it still is. This fact is highlighted by the confusing data on Aboriginal employment in the resources sector and the lack of detail on economic benefits.

The plentiful talk of jobs and dollars is not backed up with many hard facts.

Mining Agreements are rarely agreed and seldom seen. In the everyday world an agreement is a deal based on shared understanding, but in the world of the Native Title Amendment Act (1998) and the mining sector it means the right to negotiate, but not to say no.

Deal making where one party has no legislative option not to deal markedly increases the odds of a poor deal.

Professor Langton states that few Native Title Corporations ‘have the resources for the basic administration of their duties’ and that most NTCs and Prescribed Body Corporates ‘are insufficiently resourced to attend to their responsibilities’. One wonders whether the same assessment applies to the legal and Aboriginal liaison units of BHP Billiton and Rio Tinto. The miners might move on to break the earth but from day one the playing field is not level. 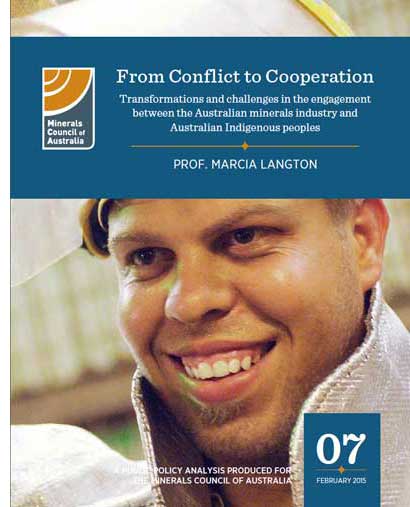 The institutional bias in the current system was also highlighted by Noel Pearson in a 2008 commentary in The Australian newspaper.

In ‘Boom or dust lifestyle’ Pearson wrote the “mining lobby has been quiet on land rights for the past decade. Having secured an advantageous legal framework through the bitter conflicts over the Native Title Act in the '90s, they have learned that ideological opposition to land rights is unproductive for its members. As long as member companies are winning hands-down through the so-called agreement-making process, they have had no interest in conflict.”

Add commercial-in-confidence and secrecy provisions to this and you have a fundamental power imbalance.

Professor Langton acknowledges this, stating that ‘little is known about the details of commercial contracts due to the commercially sensitive nature and confidentiality of arrangements’. Her own research has ‘been able to identify and publish only 15 full or partial texts of agreements out of a total of 930’.

On the basis of an analysis of 1.6 per cent of existing agreements Professor Langton gives a glowing endorsement of the current arrangements. Smart, driven, full time, feted by the miners and still only able to access well less than 2 per cent of the paperwork. What chance of meaningful access by an Aboriginal advocate from what Professor Langton calls the ‘pockets of resistance toward this collaborative approach’, let alone the odds for ‘metropolitan environmentalist campaigners’?

Given this paucity of data Professor Langton polishes the old case studies in defence of the new mining regime.

Rio Tinto’s diamond operations at Argyle and in Canada sparkle while Comalco and Newmont feature large. I doubt many around Borroloola would currently be citing McArthur River mine as a great case study.

The inclusion of a focus on royalty flows from the troubled Ranger uranium mine in Kakadu is an odd choice in a paper on mining agreements given the Mirarr Traditional Owners’ objections to the mine were legislatively overridden.

There are issues and observations of real merit in this paper and any discussion of the money flows in mining is welcome, as there is a genuine shortage of both dialogue and detail. Professor Langton identifies the disjunct between much government funding and co-ordination, the power imbalances and capacity constraints facing Aboriginal negotiators and the need for greater transparency and consideration of new approaches to Trusts and financial mechanisms to help Aboriginal people get into the driver’s seat.

Professor Langton concludes that the history of mining agreements shows ‘that the social licence for the minerals industry to operate in cooperation with Aboriginal communities is achievable’.

No argument there. But, like her paper, it’s going to require a fair bit more effort.