Gough Whitlam was still the Prime Minister of Australia, although his increasingly scandal-prone government was fighting Senate obstruction. The economy was sickly, inflation having galloped in after the 1974 oil shock.

Australia in 1975 looked radically different to today. There were no laptops or smart phones, and no internet that linked them in a seamless web of constant communication. Australian cities were smaller and less crowded, and the faces on the street were younger and whiter – much whiter.

Immigration from Asian countries had only just begun. Social attitudes were different too: far fewer women worked, children were looked after at home, and only a tiny minority of Australians went to university. It was still illegal in most states to be gay, and difficult to get a divorce. 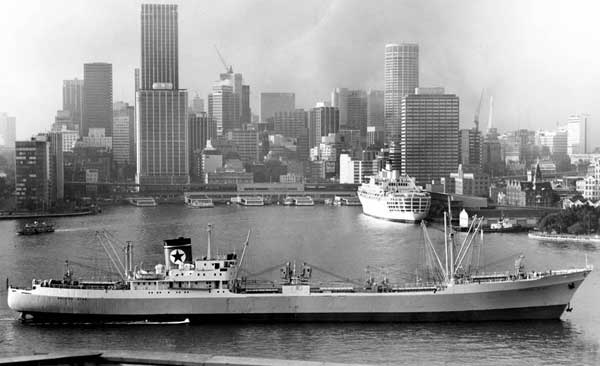 Our population was 13.6 million, 10 million fewer people than today. Our economy was much smaller too: GDP was just $59 billion in 1975 dollars, or around $392 billion in today’s prices. This shows how much richer we are now: our economy is now around four times as large as it was in Gough Whitlam’s prime ministership, while our population hasn’t even doubled.

Australia’s economy looked very different too. The Aussie dollar was still fixed at a price set by the government. High tariff barriers protected a much larger manufacturing sector. Many more Australians worked on farms and in factories, and fewer in hospitals and universities. Whole industries had not even been invented, from online journalism to high-frequency trading.

What would the government of 1975 have thought Australia would look like in 2015? It’s a fair guess that we would not have anticipated many of the changes.

Would we have believed that the Soviet Union would not even exist in 2015? That a black man would rule in the White House? That a reunited Germany would again dominate Europe? Or that nearly every adult would carry a powerful computer in their pocket, permanently connected to all the world’s knowledge?

It’s a fair bet we wouldn’t have. History is unpredictable.

There’s no getting around it: a government report that looks forward to 2055 is ambitious. But that’s the premise of today’s 2015 Intergenerational Report.

Can we really take seriously a government document that attempts to see 40 years into the future?

We know this because the report ignores climate change.

Climate is mentioned only 12 times in a 175-page report. You could argue that for this government, the less said on climate the better. Even so, this is cloud-cuckoo stuff.

It’s at the point where the IGR lists the federal government’s “strong decisions in managing the Great Barrier Reef” that the whole thing descends into farce.

The idea that current policy settings are somehow compatible with a living Barrier Reef is rare dissemblance. This government has abandoned a carbon tax and uncapped Australia’s national pollution. Queensland and Australia have granted hundreds of billions of tonnes of future coal exports in recent mining approval decisions. The policy of the Australian government is to destroy the Great Barrier Reef. 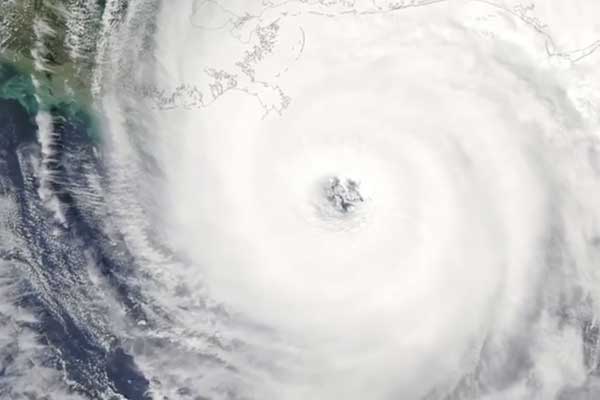 Climate change is the dominant geopolitical fact of the future. It will bend the future more surely than tax takes or pension liabilities. It will reshape the global economy, threaten food yields, increase natural disasters, lay waste to Australia’s region and generate hundreds of millions of refugees.

Such blunt realities are absent everywhere from the 2015 IGR. It’s denial writ large. A larger blind spot – a more willful inapprehension of reality – is hard to envisage.

There is a ‘magical thinking’ that bedevils these strange public documents. Divorced from any complex understanding of potential future circumstances, the boffins at Treasury draw scores of improbable straight-line graphs, joining dots half a lifetime into the future, on the basis of historical data. No crises are predicted, no u-turns possible, no violent storm ever sweeps the peaceful economic seas.

Small wonder that many energy and climate publications are dismissing the report. “Intergenerational Report fails at first hurdle – ignores climate change” was one typical headline.

Why do we even have intergenerational reports, anyway?

As John Quiggin explains, the original idea behind Peter Costello’s first Intergenerational Report was not better planning or greater governmental prescience. It was a ploy in the economic debates of the 1980s and 90s.

This preoccupation with future government spending has had a stranglehold on all of the intergenerational reports. The old scare was the Commonwealth government’s future superannuation costs. The current scare is the size of future health spending, but others could be found in welfare and even defence.

As Quiggin points out today, “the idea that (very modest) budget deficits and public debt levels constitute ‘robbing our children’ remains a staple in calls for ‘reform’.” When the spectre of debt-and-deficit is framed as the only policy consideration, cutting spending becomes the only solution.

The polemical use of such reports is evident today. A potted morality tale comparing three different fiscal scenarios is sketched, with the transparent aim of demonstrating the former government’s profligacy. Under spendthrift Labor, we’re all going to lose our shirts. Under the prudent Coalition, we shall pay off our debt and dance happily into the broad sunlit uplands.

You don’t have to take such shoddy work seriously, and as a busy citizen, you shouldn’t. The Intergenerational Report is not a serious attempt to make projections about government policy. It is an ornament, a prop in a policy theatre, a bell-and-whistle for the next Treasury lockup.

Like most such reports, the IGR will be quickly forgotten.