Melbourne’s population is growing, congestion is increasing and we need to do something to fix it. Do we keep travelling the old, tired, expensive route? Or do we change course to a cleaner, cheaper option?

The Napthine government’s loss in what Tony Abbott described as the “referendum on the East West Link” was a win for the cleaner and cheaper option. As was the new Daniel Andrews government’s commitment to building the Melbourne Metro rail tunnel.

Despite this, Tony Abbott refuses to fund anything resembling sensible, congestion-busting public transport.

And lurking in the shadows is the western half of the East West Link.

This concept is a hangover from Sir Rod Eddington’s ‘East West Link Needs Assessment’ report, which was completed in 2008 for the Brumby government.

The report called for both the Melbourne Metro rail tunnel and the East West Link, and Eddington believed that the western section of the toll road was the priority.

The Labor government agreed and planning proceeded at full speed, until they were turfed out of office.

Since winning last year’s state election, Labor have dodged the issue of this part of the toll road. We’re told it isn’t part of their plan “for this term”, but they “would never say never”.

At Senate Estimates in Canberra last week, the Department of Infrastructure let out that Victorian Labor is “yet to provide any formal advice to the Australian government on their commitment to the project”.

And while Labor leaves the door ajar for East West Link, the way we use transport in this city is making the idea obsolete. 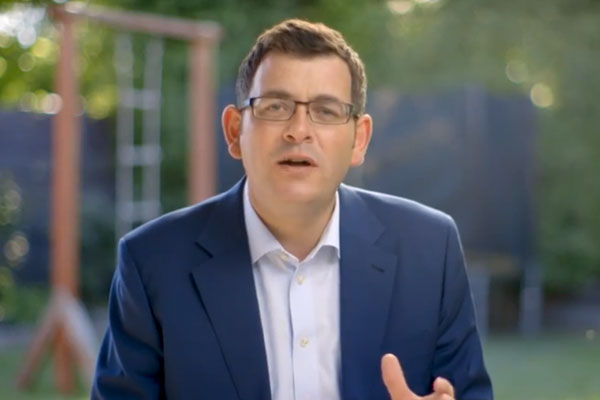 Even when the report was produced, Eddington’s traffic modelling was almost a decade behind the times. It was based on the prediction that Melbourne commuters would use public transport for a mere nine per cent of our motorised trips by 2031. By the time the findings were released in 2008, we were already up to 13 per cent. The number continues to increase, making it clearer by the day that the original estimate was obsolete.

Despite overcrowded, unreliable trains and trams, and vast areas of the outer suburbs serviced by infrequent bus services, public transport patronage has grown at around three times the rate of road traffic in the eleven years to 2012.

Melbourne Metro will be a huge boost to our public transport, but it’s still very much in its planning stage. We don’t need to wait for its completion to eliminate the need for the East West toll road.

Imagine if more of us had the choice of fast, frequent, reliable, affordable and safe public transport. Imagine if everyone was within walking distance of a train, tram or bus service that ran at least every 15 minutes and seamlessly connected up with other services.

There are things we can do right now to make this a reality. These steps are affordable and will ease the strain on our existing roads for decades to come.

Upgrading Melbourne’s ageing train signals, together with removing level crossings, will allow up to twice as many trains to run on the existing tracks and get us to work faster, more comfortably and more reliably.

Running fast, frequent and direct buses across our neighbourhoods and suburbs will banish that distinctly Melburnian distrust of buses to a distant memory. We do need train extensions and new lines, but better buses making connections between our train and tram lines will dramatically increase our choices to get on to public transport quickly and efficiently.

Increasing the speed and number of tram and bus services to job dense suburbs like Port Melbourne, Parkville and South Melbourne will boost the proportion of people working there using public transport from less than a third to closer to the 70 per cent figure of their CBD counterparts.

While we’re at it, getting serious about creating new jobs in suburban centres will mean fewer people will have to travel long distances from their homes and families to get to work.

And shifting half of the containerised freight coming through the port on to rail, in conjunction with building the West Gate Distributor, will remove all the noisy, polluting trucks off residential streets and make life easier for residents in our inner-western neighbourhoods around Footscray and Yarraville.

The best thing about investing in public transport instead of massive road projects is that it’s economical. One train every five minutes carries more people than five freeway lanes. That’s smart.

To the people who say we need both tollways and public transport, I say do the sums and you’ll find that one big toll road will suck the budget dry, leaving virtually nothing for other projects. Why sink billions into polluting tollways if we can unclog our roads with public transport and rail freight?

Pollution levels will plummet, people will be healthier and homes and parkland won’t be threatened.

The Premier’s commitment to build Melbourne Metro is a good start.

The Bracks government set a target that one in five motorised trips would be made by train, tram or bus by the end of this decade.

Daniel Andrews needs to recommit to that target, and create a new aim of half of inner city work-related trips to be on public transport in the same timeframe.

Tony Abbott must drop his blinkered and ideological opposition to public transport, and invest in the infrastructure our cities need.

Our governments should give Melburnians access to the world-class public transport we deserve.

Only then can we genuinely celebrate knocking off this tollway folly once and for all.