From time to time, all governments find themselves face to face with an enemy in the public service or the judiciary.

Perhaps a senior bureaucrat has popped up and made some uncomfortable remarks about government policy. Or perhaps a federal commissioner has written a nasty report, pointing to the torture and sexual abuse of children in federal jails.

When faced with these challenges, governments have a range of options.

One option is to play a straight bat: to acknowledge the criticism, defend the government’s record, and promise to do better in the future. “We’ll sit down and talk to the commissioner,” a minister might say, “and we’ll certainly listen to what she’s got to say.” 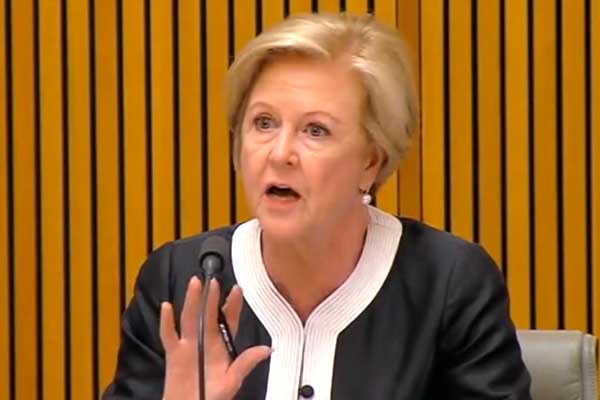 The problem with this approach is that it is disappointingly defensive and consultative. Admitting weakness is never easy, and it might embolden other critics to speak up.

Another way to respond is to attack. The findings of the report can be questioned, the criticisms rebutted.

But why stop at that? No, if you really want to make a point, it’s far better to launch a personal attack on the person responsible, and teach other potential critics a lesson in the process.

The playbook is familiar. Ministers and backbenchers can be wheeled out to launch a vicious assault on the person in question, accusing her of partisanship and bias, questioning her conduct, and backgrounding friendly journalists about a family tragedy. If that doesn’t work, perhaps the irritating officer can be pressured to resign.

There’s no prizes for guessing which strategy the Abbott government has opted for when confronted by a critical report by Human Rights Commission President, Gillian Triggs.

In a show of belligerence that has stunned seasoned political observers, the Abbott government has declared a personal vendetta against one of the most respected lawyers in the land. Triggs’ personal ethics have been questioned, her competence and impartiality attacked, and her conduct impugned.

The tactic, if the blundering efforts this week deserve such a description, was on display on Tuesday in Senate Estimates, where the Coalition’s Ian Macdonald attempted to steer discussions towards Triggs’ personal inadequacies.

Attorney General George Brandis told the Senate committee he had lost confidence in Triggs, claiming her report was biased. The Prime Minister made the same claim in Question Time later that day.

But the political assassination of a top public servant can be a tricky business.

Senior bureaucrats, departmental secretaries and judges tend to be rather accomplished individuals, often with decades of experience in hostile courtrooms and committees. Gillian Triggs, for example, is a former Dean of Sydney University’s Law School, and an international lawyer with decades in the game. She has a steely presence, and performs well in a hearing or a television studio.

Attacking such an obviously qualified figure is therefore risky – perhaps too risky for a wounded government. If it is to be done, it would be best done with a veneer of courtesy, and a flourish of plausible deniability.

As the last 18 months has made abundantly clear, such tactical nuances are well beyond the wit and talent of the current government. This is a government and a prime minister that relishes frontal assault. Relentless attack, the bloodier the better, remains their favourite style.

The problem with this tactic is that it tends to be messy and unpredictable. Casualties are inevitable. When your shock troops can’t be bothered to read their own reports, victory is not necessarily assured.

Instead of humiliating Gillian Triggs, it was the government that ended up with egg on its face. What transpired was the stunning revelation that Attorney General George Brandis tried to get Triggs to resign, sending the Secretary of the Attorney-General’s Department, Chris Moraitis, to offer her another job.

Triggs has a statutory five-year appointment as the Human Rights Commission President. She can’t be fired, except for proven corruption or misconduct. Even the Coalition is not suggesting she is guilty of this.

Now Labor has referred the testimony to the Australian Federal Police. Shadow Attorney General Mark Dreyfus wants to know if Moraitis’ job offer amounted to an inducement to a Commonwealth public officer, which is a federal offence.

No-one expects that investigation to go anywhere: Moraitis and Brandis are protected by parliamentary privilege. 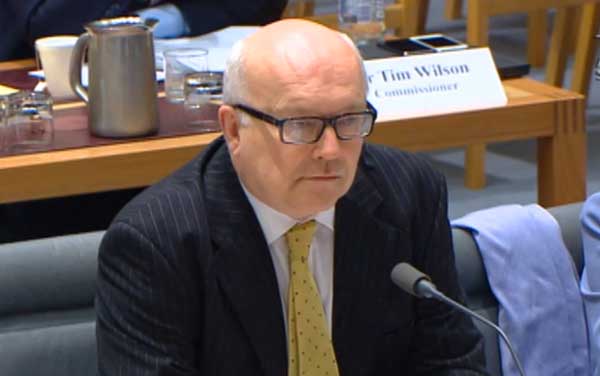 But it’s hardly a good look for Brandis, who has permanently sullied his standing as Australia’s first officer of the law.

The blowback from the botched Triggs assault continued today, as attention turned to a statement Foreign Minister Julie Bishop gave to the House of Representatives. When asked what role Triggs had been offered, Bishop said flatly that no such offer was made.

Moraitis and Bishop appear to have contradicted each other: either the Foreign Minister has misled the House, or the Secretary of the Attorney General’s Department has misled Senate Estimates.

How has the government got itself in such a mess? This all goes back to Triggs’ decision to begin an investigation on children in immigration detention.

The evidence Triggs gathered was reported in November last year in a publication entitled The Forgotten Children. It is a scarifying report. Perhaps that’s why the government sat on it until February 11 before releasing it – the last allowable day under the relevant legislation.

The findings of The Forgotten Children report should shame us all. Triggs found that children have been sexually and physically assaulted in federal care. Some children have been detained for more than 27 months. Many are denied education. Unaccompanied children are locked up in adult compounds. They are mentally and emotionally traumatised. There have been multiple instances of attempted suicide and self-harm.

A government with a scintilla of compassion would have welcomed the report, and redoubled its efforts to get children out of these hell-holes. And, if the Abbott government had wanted to, it could have spun the findings in its favour. For instance, the report found that there are fewer children in detention now than under the previous Labor government.

And yet, as we’ve seen so often with this government, despite all the political damage sustained, they are no closer to achieving their immediate aim. Triggs is still the Human Rights Commission President. Tony Abbott’s flag-draped speech on national security on Monday has already been forgotten. Leadership speculation is still rife.

Meanwhile, Malcolm Turnbull has openly sided with Triggs, and pointedly observed that the focus should remain on the welfare of innocent children. The end of Tony Abbott’s prime ministership seems closer by the day.