Ten to 30 years ago, I frequently took part in public debates, but the years have gone by and I now rarely participate. Yet disgust at the level to which our national politics has fallen lures me out in defence of the Human Rights Commission.

I knew Gillian Triggs slightly in academic legal circles; I didn't get excited when she was appointed chair of the Human Rights Commission. However I soon realised that there was something I had missed beneath the conservative demeanor.

I was not surprised by the independence, scholarly professionalism, or the poise and dignity. But I was not prepared for the courage and passion and directness with which she spoke out for the vulnerable whose interests were trampled on by both political parties in the rush to pursue popular objectives like border security.

Nor was she prepared for the Government's reaction to her work. My heart went out to her when, on television, I saw her anguished surprise at the self-centred bully boy reaction of the then Minister and Secretary for Immigration in response to her concern for the condition of detainees in the Nauru and Manus. 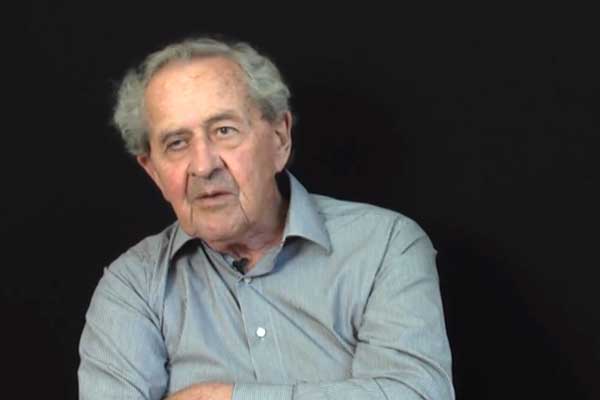 For her it was all about improving standards of care. For the Minister and his Secretary it was all about the fact that they had been implicitly criticised, something that could only be done for base political motives.

A similar narcissistic reaction came from Tony Abbott in response to The Forgotten Children Report, accompanied this time by a vicious, ignorant, insulting, and unjustified campaign against its author. I don't know if any members of the Government have read the report; some of them proudly boast that they have not.

If they did read it, they would discover – surprise, surprise – it is not about politicians but about children in detention. Politicians are a necessary backdrop because they make the decisions. The Report treats them accordingly – descriptively, impartially and unemotionally. It is because the facts speak for themselves, not because of any attack in the report, that many will read it as an indictment of politicians, both Coalition and Labor.

This would inevitably be true whenever the Report was written, presented or published. Gillian Triggs’ attempt to keep it out of an election campaign could not alter that.

There is not much to choose between the main parties. Labor must find it hard to believe its luck that Tony Abbott has elected to treat the Report as an attack on his Government. If he chooses to tell the world that all the flak is directed at him, Labor can just keep its head down and let him cop it.

It is an own goal that must rank with his knighting of Prince Phillip and his calling up of the tsunami aid in support of the Bali Two.

Once again Mr Abbott has proved a loose cannon, but this time his wild firing threatens grave pain and injustice to a courageous and honourable public servant, and the undermining of a much needed national institution, as well as obscuring the terrible effect of detention on innocent children.

So, Professor Rob Moodie, please add my name to your open letter to the Prime Minister – not that he is likely on past form to read or understand it.

Emeritus Professor Hal Wootten AC QC is a former Supreme Court judge, Royal Commissioner into Aboriginal Deaths in Custody, President of the Australian Conservation Foundation,  and Chair of  the Australian Press Council, and was founding President of the first Aboriginal Legal Service and Foundation Dean of Law at the University of NSW. In 1991 he was made a Companion of the Order of Australia for services to human rights, conservation, legal education and the law.