The Australian War Memorial may finally remove the two gargoyles of Aboriginal men from the walls of the national monument, but as part of a renovation to remove asbestos, not because it is racist to portray Aboriginal Australians alongside native animals as ‘Flora and Fauna’, the classfication given to Aboriginal people in Australia throughout the 1900s.

The gargoyles hang on the walls facing the ‘Pool of Remembrance’, and just outside the ‘Tomb of the Unknown Soldier’. They sit next to 24 gargoyles of native animals.

The two gargoyles were featured in John Pilger’s 2014 film Utopia, and are virtually the only depiction of Aboriginal people in a national memorial that has adamantly refused to acknowledge the nation’s first wars – the Frontier Wars – where tens of thousands of Aboriginal people died defending their country from settlers. 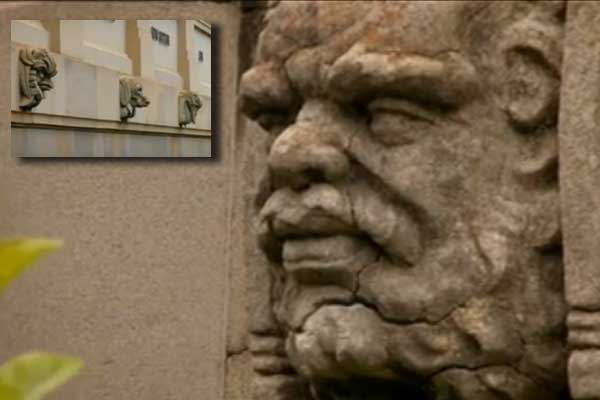 The AWM also does not acknowledge the unique experience of Aboriginal and Torres Strait Islander servicemen and women in Australia’s war time efforts with a separate memorial, although there are memorials to other individual groups, such as nurses, with plans to build a new memorial to honour journalists and war correspondents.

That’s despite Indigenous veterans experiencing the discrimination and racism they thought they left behind while fighting for a country that didn’t even recognise them as citizens – when black soldiers returned home, they were denied land grants, entry to RSLs around the nation, and many of them had their pensions controlled by government.

According to the Canberra Times, the memorial has published a tender to remove the gargoyles, including the two Aboriginal busts, and replace them with 24 newly carved animals using 3D images.

The two Aboriginal gargoyles have been left out of the tender, and the museum told the newspaper it would undertake consultation with heritage specialists and Aboriginal stakeholders about whether to replace them.

The Canberra Times says the tender was due to the need to clear away asbestos-infected building materials and improve drainage.

“The reconstruction project aims to improve visitor safety by replacing the asbestos-containing mastic sealant used in the 1970s with an appropriate mortar," Assistant Director of the National Collection Tim Sullivan told the Canberra Times.

But even if they are removed, the memorial says the two gargoyles will still be kept in the art collection. 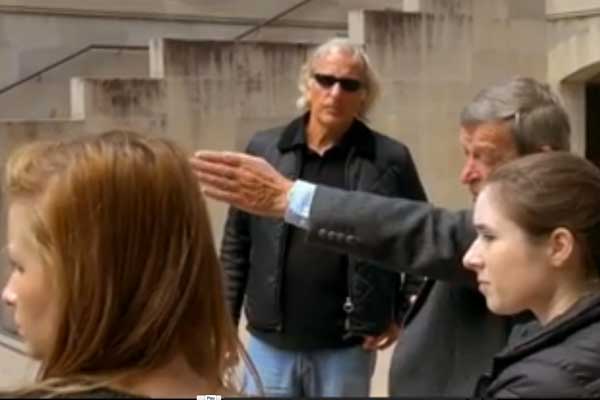 The gargoyles were brought to prominence after veteran journalist John Pilger posed as a tourist in order to capture the inside of the national tourist attraction, after being refused permission to film for his award winning documentary Utopia.

It followed a refusal by the AWM to be interviewed in relation to Aboriginal history and the thousands of Aboriginal men, women and children killed in the Frontier Wars.

* DECLARATION TO READERS: Amy McQuire worked as a researcher on Utopia. New Matilda editor and owner Chris Graham worked as an Associate Producer on the film.