How do you explain immigration detention to a child?

That was the question Gabriela Croce – a 30-year-old mother of two who does financial work for a Brisbane law firm – was forced to ask herself in November 2014, after her partner was moved overnight from Brisbane to Darwin, and returned to the NT’s Wickham Point Detention Centre.

Croce had been seeing her partner Ray* since early in 2014. An Iranian man who sought asylum in Australia in 2012, Ray had initially been detained on Christmas Island and then at Darwin’s Wickham Point Immigration Detention Centre, before being released on a bridging visa and establishing a life for himself in Brisbane.

In October 2012, Ray’s application for a Protection Visa was rejected by the Refugee Review Tribunal, but the Iranian continued to pursue legal options while living in the community, desperate not to be returned to his country of origin.

By late 2014 – approximately eight months after Ray and Gabriela met via an online dating service – the Department of Immigration’s patience reached its end.

Despite the fact Ray had become deeply involve with Croce and her 4-year-old twin daughters, the decision was made to move him back to Darwin.

For Gabriela and Ray, it was a decision that initiated a traumatic and as yet unresolved period of their relationship – and an outcome they soon found was not unique to their family.

Speaking via phone from Brisbane, Croce recalls the night her partner was taken away.

“On the 20th of November, he had to report to the Department of Immigration in Brisbane for an interview. When he went there, they took him and they put him in one of those overnight hotel kind of places before they get transferred,” she says.

“He was told he was going to be taken to the Brisbane detention facility, however he was woken up in the middle of the night and flown to Darwin.”

Croce was devastated and says she called the Darwin centre every half an hour the next day, slowly growing angrier and angrier as she was repeatedly told Ray was not yet available.

It wasn’t until around 10pm the night after his arrival that she was able to receive a call from him, now processed and checked into Wickham Point, approximately 3,500kms from her Brisbane home. 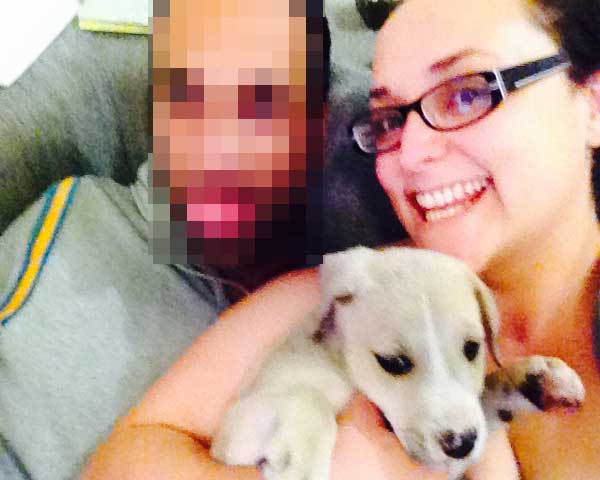 Three months later, Ray remains in Wickham Point, and has joined a group of 15 Iranians on a hunger strike. His demand is not a visa, nor even release at this stage – he simply wants to be moved back to detention in Brisbane, where Gabriela can visit him.

Since arriving at Wickham he has attempted suicide once and, according to Gabriela, shed 12kgs. She says he has been diagnosed with post traumatic stress disorder.

“He has very deep depression as a result [of being detained],” Croce says.

Speaking to New Matilda from inside Wickham Point, Ray describes the symptoms of his hunger strike.

“I just try to die, you know, because life is finished for me. I said to [Immigration] I don’t need the permanent visas or something, I just want to be sent back to Brisbane and stay there, because I can’t see my partner every day, and she can’t come to visit me. But the Immigration don’t listen to me, they say you can’t do that, you must stay in Darwin.

It’s not only Ray who is suffering.

“It’s definitely taking a toll on me,” Croce says.

“And not only that, it’s taken a toll on my children, who of course don’t know the real situation as to what’s going on, because they’re so young I don’t want to tell them, and plus they won’t understand.”

“But from going to seeing him every day and being very much a big part of their lives, to just completely being gone, you know, they ask me everyday where he is, they ask me when he’s coming home. They want him to come and pick them up from school, and things like that. And that makes me even more upset, you know, not only how Ray’s health is going at the moment, but also how my children are being affected by this.”

Despite the difficulty of the subject, Croce speaks with a calm and professional voice over the phone.

“It’s just horrible. I’ve always been a healthy person, I always look after myself. The stress has taken a toll on me and as much as I try and be strong for everyone, including my partner and including my kids, there’s only so much I can take.”

The girls have not been told the real reason Ray disappeared one night in November.

“I miss them very much because I had a good time with them,” he says.

“They miss me. All the time I talk with them, I’m in Darwin. I lie to them. They say ‘where are you’, I say I’m working in Darwin, I’ll come back.” 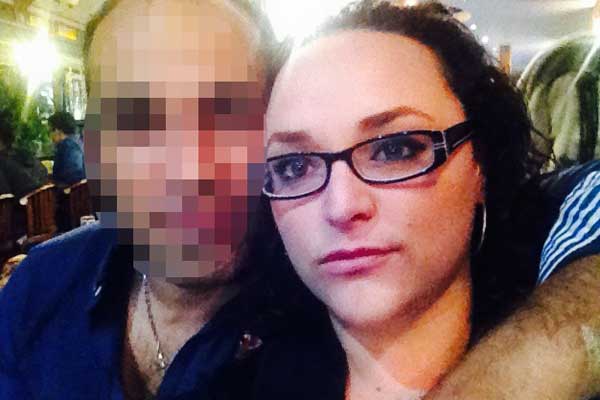 Because of the distance and the cost of travelling to Darwin, Croce has been able to visit the detention centre just once since Ray was moved.

She flew over for a weekend in December 2014 and booked two visits on the Saturday and two on the Sunday. The longest visit was 3 hours. Between visiting times she had to leave, then check in again for the day’s second session.

What’s most amazing about Ray and Gabriela’s situation is that it appears to be far from unique.

New Matilda has spoken to two other women, one in Tasmania and one in Melbourne, both of whom have Iranian partners who were returned to detention at Wickham Point in late 2014.

One of those women, Masi Azizi, says the decision to re-detain her partner also resulted in him attempting suicide.

She was forced to say goodbye to her partner on her front lawn, as police and immigration officials took him away, first to Melbourne and then Wickham Point.

“Six months, I miss my partner. I want to visit but I can’t, because [it’s] too expensive,” she says.

Another Iranian man being held in Wickham Point says his engagement ended when he was moved to the detention centre from Sydney.

“I had a fiancée and I lost my fiancée because they brought me back and the family push on her that we have to separate,” he says.

The man doesn’t speak to his former fiancée any more.

“Her family… in Persian culture we listen to our parents, they push her so we be separated.

“What’s the difference between Darwin camp and Villawood camp or Brisbane camp? At least we can talk to our family, our friends, our lawyers.”

The background of the men is no coincidence, and has led critics of the Department to suggest their removal to Darwin is part of an effort to pressure them into ‘voluntarily’ returning to their country of origin.

Iran does not accept returned asylum seekers, meaning men like Ray are left in limbo when their claims are rejected in Australia. They are forced to choose between indefinite detention or taking their chances by voluntarily returning to a country they believe will persecute them immediately on arrival.

The government wants them to go, but can’t force them to get on a plane.

According to human rights lawyer and barrister Julian Burnside, there is ample evidence that the Department has deliberately applied pressure to the men in order to force them to return to Iran.

Burnside is currently representing one of the Iranians hunger striking at Wickham Point.

“They have moved them to a detention centre away from people in the community with whom they have a relationship of some sort,” he says.

Burnside says life is made as unpleasant as possible for the men, and that they are verbally pressured to return.

“The way they’re being treated strikes me as amounting to mental torture,” he says.

While the Refugee Review Tribunal found that Ray’s fear of persecution was genuine, they ultimately contested some of the claims in his application and did not accept he would face persecution if he was returned to Iran.

A key area of contestation is whether Iranians who flee the country will face persecution if they are returned, simply because they chose to flee in the first place.

Ray’s review found this would not occur. At one point it cites a Department of Foreign Affairs and Trade report from 2011 which says, “… it is unlikely Iranian authorities would prosecute an individual simply for claiming asylum overseas”.

But Burnside says there has been inconsistency in this finding, and that the Refugee Review Tribunal has found differently in other cases.

“I think the Department should recognise that Iranians form a special group and by virtue of seeking asylum here probably expose themselves to persecution if they are removed [back to Iran],” he says.

New Matilda put a range of questions to the Department of Immigration, including why men could not be moved back to facilities close to their loved ones, and why the deceptively named community detention – a far preferable setting to closed detention – was not appropriate for the Iranian men in limbo.

The Department provided the following response:

Careful and appropriate consideration is given to the placement of all persons in immigration detention.

This includes the small number of individuals who are currently engaged in food and fluid refusal at the Wickham Point facility.

All detainees in immigration detention are able to receive personal and other visitors upon request. They are also provided with access to phones and the internet and as such are able to communicate with family and friends should they wish to do so.

People who have exhausted all outstanding avenues to remain in Australia and have no lawful basis to remain are expected to depart.

It is Government policy that finally determined illegal maritime arrivals are not placed in community detention.

The Department and its service providers have maintained daily engagement with the detainees to monitor their health and support needs and to encourage them to cease their protest action.

As Gabriela Croce continues to fight for her partner to be moved back to Brisbane, Ray’s hunger strike continues.

Gabriela says the men were ignored when they pursued other means of protest, but that she is “extremely concerned” Ray will die if he continues to reject food.

Her fears are not unfounded.

In February, the ABC reported that a senior department official met with asylum seekers in the centre and told them “we don’t care if you die”.

The Department disputes the suggestion, but asylum seekers in the centre say the message was clear, even if those exact words were not used.