The diplomatic tie between Indonesia and Australia is under strain again with the recent decision made by the Indonesian government to execute two Australian citizens, Andrew Chan and Myuran Sukumaran, convicted of heroin trafficking from Indonesia’s island of Bali to Australia.

Even though the exact date of execution has not been decided, the High Prosecutor General (Kejaksaan Tinggi) in Bali has reportedly begun preparations to transfer the two men to the prison Island of Kambangan, where the execution will take place.

Earlier, Australia’s foreign minister Julie Bishop has strongly warned tourism to Bali could be threatened if the Jokowi government decided to continue its execution plan. Many tourists are expected to demonstrate their strong opposition by abandoning Bali as their holiday destination. In fact, a growing boycott on social media has seen Australians use the Twitter hashtag #BoycottBali to declare the cancellation of their trips to Bali.

Australia’s stance on the Bali Nine death row appears to be very problematic given that previously the government insisted Indonesia implement the death penalty over convicted Bali bombing terrorists.

Nevertheless, in the Chan and Sukumaran case, the Abbott government argues that executions would not in any way help to win Indonesia’s war on drugs.

So far, debates concerning the implementation of the death penalty over convicted individuals involved in drug cases in Indonesia have not reached a conclusion. According to the International Covenant on Civil and Political Rights, execution can be applied in cases involving serious crimes. There seems to be no exact definition of what ‘serious crimes’ are. The majority of western countries believe that trafficking drugs is not something that falls into that category. 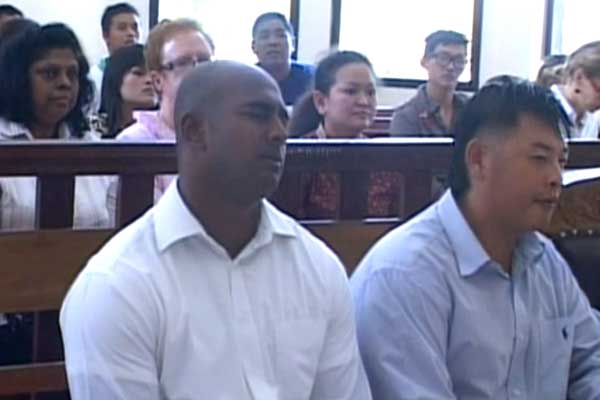 On the other hand – for countries such as Singapore, China, Vietnam, and Indonesia – drug smuggling is considered an horrendous crime. Indeed, Singapore has the strictest death penalty against those in the drug trade. A report published by the International Harm Reduction Association claims that between 2000-2014 Singapore executed 59 individuals involved in drug cases. Meanwhile, Indonesia implemented the death penalty in 27 drug cases between the years 2000 and 2013.

If we look at social circumstances in different countries, it is understandable that a majority of Western countries do not implement the death penalty over drug cases, considering that drug problems have not reached the same scale as they have in Asian countries.

In Indonesia, for instance, the issue of drugs is considered a major societal problem. According to Indonesia’s Narcotics Agency (BNN), there are currently 5.6 million drug users in Indonesia, and it is estimated that every day an average of 50 people die from drugs. The United Nations’ Office on Drugs and Crime’s Country Manager, Troel Vesters recently declared Indonesia as one of the pathways in the global drug trafficking trade.

Moreover, it is important to note that the majority of drug users in Indonesia are students, with numbers reaching 75 per cent of total drug users. This reality should be enough to be a catalyst for the Indonesian government to implement the death penalty as one of the ways to reduce drug trafficking in Indonesia.

At the same time, the implementation of the death penalty against drug traffickers is not only meant to protect younger generations from the negative outcomes of drug use, but also to convey a strong message to global drug syndicates to cease drug-related activities in Indonesia.

It is therefore difficult to ignore that there is a difference in social circumstances between countries.

With regards to the law, every country has their own interpretation of how the law can be implemented, based on their own specific circumstances. In this context, Indonesia as a country has the right to formulate and implement laws according to the existing social problems, and to safeguard its citizens from the negative consequences of drugs.

Australia should respect the Indonesian government’s decision to implement the death penalty over drug cases. Canberra must not ignore the philosophical and sociological differences between the two countries. Overreaction by the Australian Government would only lead to further estrangement in Canberra-Jakarta relations.

However, looking at that relationship, it can be expected that this issue will only be short-lived. The strong reaction from the foreign minister can be understood merely as a form of diplomatic gesturing, and the government’s response to the growing demands of its citizens.

It is not easy for Australia to sacrifice its long-established bilateral cooperation with Indonesia, primarily when it comes to issues of security and asylum seekers.