This multi-billion industry engages in a system of massive over-breeding, routine doping, animal cruelty and collusion.

The over breeding endemic in the industry results in what is known as ‘wastage’… a surplus of dogs so great that many are simply shot, drowned or bludgeoned, while others wind up as cadavers at veterinary teaching schools.

In fact, so great is the surplus of dogs to the industry that some vet students report difficulty in finding a non-greyhound among donated corpses.

Some dogs even find their way to veterinary hospitals, victims of a macabre practice that sees them drained of their blood before being euthanised.

Few people are aware that greyhounds have a universal blood type, and their blood is rich in oxygen-carrying red blood cells (part of what enables them to run so fast). As such, they make the perfect donors for blood transfusions.

What we didn’t know for certain until last night was whether live baiting – the practice of using small, live animals as bait – was widespread in the industry. 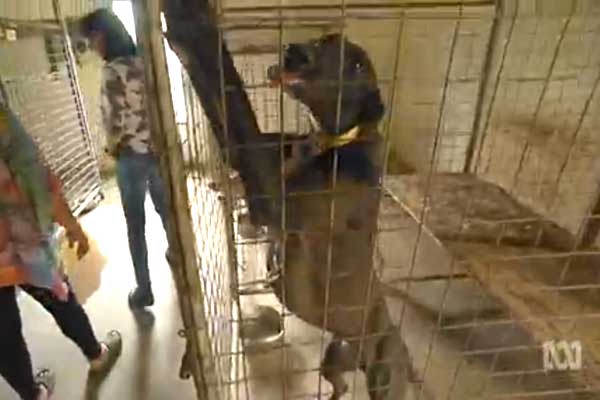 Live baiting was banned and criminalised in Australia decades ago, but there have long been allegations of its continued use in the industry. However, regulators have always been quick to assure both government and the public that this barbaric practice no longer existed, and if it did, it was confined to rogue, fringe elements operating beyond the mainstream.

But thanks to Animals Australia, Animal Liberation Queensland and Four Corners, we now have concrete evidence implicating some of the industry’s biggest names in the widespread practice of live baiting.

Prominent owners and trainers have been caught on film using piglets, rabbits, and possums as live bait in clandestine training sessions.

Footage reveals these sadists lashing animals to a mechanical lure and catapulting them around the racetrack while being chased by dogs.

What ensues is a chilling tapestry of horror. These defenceless animals, fastened in place and helpless, are hurled around the track at high speed until they are mauled alive, torn to pieces by the dogs in pursuit.

In one instance, a possum had been snapped in half, attached to the lure only by its spinal cord. And the soundtrack that accompanied the footage was equally grisly, unforgettable not only for the animals’ screams, but also for the callous whooping and cheering of those involved.

These depraved individuals are not only unmoved by the suffering they witness, but they seem exhilarated by it.

These revelations unequivocally demonstrate the systemic illegality rife within the industry. It was only last year that a NSW Upper House inquiry into the sport heard evidence of animal mistreatment and integrity violations within the industry. And yet, industry regulators continued to play dumb. 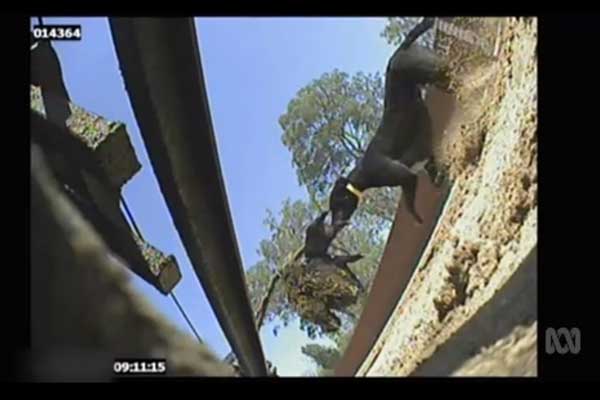 As NSW Greens MP John Kaye put it, “That’s simply because they didn’t want to disturb the commercial outcomes in the industry”.

To me, it’s simply inconceivable that the relevant regulators – Greyhound Racing NSW, Greyhound Racing Victoria and Racing Queensland – were unaware of the prevalence of animal cruelty and corruption within the industry.

And yet, with their not inconsiderable budget, they failed to get their house in order, while animal welfare organisations, operating on a shoestring budget, have uncovered illegality on a grand scale.

It’s patently obvious that these regulators’ dual role as both the sport’s promoter and the sport’s policeman presents a material conflict of interest, as demonstrated by such a spectacular failure at self-regulation.

And furthermore, surely last night’s exposé calls into question the legitimacy of the outcomes of countless races.

Australians wager $4bn per annum on greyhound racing, and in an effort to give their dogs the edge, some of the industry’s most lauded participants are engaging in illegal behaviour. Live baiting constitutes cheating under the laws that govern greyhound racing, and so punters are being routinely duped by an industry that relies on their support.

Amid the anger now being directed at the industry, it mustn’t be forgotten that state governments must also be held to account.

As Hayley Cotton from Animal Liberation Queensland said, “Nothing mitigates the disgraceful behaviour these investigations have exposed, but the politicians who have poured taxpayer funding into this industry, who actively encouraged participation and then failed to ensure appropriate oversight, also have a lot to answer for.”

With any luck, the fate of greyhound racing is now sealed. Try as they might to clean up the sport, it’s an exercise in naïveté to expect an honest and transparent outcome when you combine gambling, sport and animals.