The anniversary of the death of asylum seeker Reza Barati will be commemorated across the country tomorrow, with Australians encouraged to leave candles in their windows in memory of the 23-year-old Iranian.

February 17 marks one year since Barati was murdered in a Manus Island detention facility after two nights of unrest saw local security personnel and staff working at the centre turn on those being detained.

The centre remains off limits to journalists and continues to hold 1023 men, according to recently released immigration statistics.

While advocacy group GetUp is asking Australians to upload images of private vigils, a small group of asylum seeker advocates have turned to the public to help ensure the significance of the day is not missed by Sydneysiders or those in Canberra.

After a six-day campaign that saw close to $10,000 raised, the words ‘Shut Down Manus’ will appear in skywriting above Sydney. 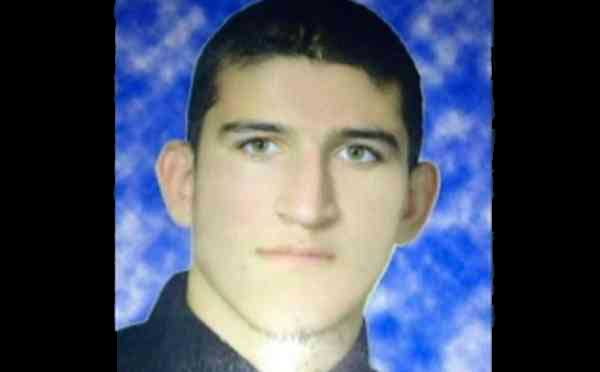 Gabrielle de Vietri, one of the organisers of the aerial protest, told New Matilda a small group had come up with the idea, and hoped word of it would reach those locked up on Manus.

“We don’t belong to any refuge support group or political group or anything like that but we have for a long time attended rallies, written letters, and signed petitions… to oppose what’s happening,” de Vietri said.

“We wanted an image that would not only be a demand to our government but also an image of hope, and something that would be shared to the extended world and that people inside the detention centre might catch wind of.”

It took 182 days for any arrests to be made after Barati was murdered, apparently a short distance from where he slept.

Then Immigration Minister, Scott Morrison initially said Barati had been killed outside of the detention centre, but issued a correction some days later.

According to one witness, Barati was bashed by a group of more than 10 people, including “PNG locals, PNG guards and Australian expats”.

The two men eventually charged were employed by G4S and the Salvation Army respectively.

Asylum Seeker Resource Centre CEO, Kon Karapanagiotidis said that in spite of the arrests, justice had not been served for Barati or his family.

“Reza came seeking our help. Instead, he was murdered by the very people employed to protect him, funded by our Government,” he said.

“Reza’s friends and relatives describe him as a humble, gentle man. While on Manus, he volunteered to teach computer skills to other asylum seekers.”

GetUp Chief of Staff, Erin McCallum said the government had not done enough to pursue other perpetrators of the violence on Manus, which left around 70 men aside from Barati injured.

“It’s been a year since Reza Barati died on Manus Island and since then not much has changed,” she said.

“The detention centre is still there. People are still suffering, and the government is still hiding behind the shard of secrecy.”

Another young asylum seeker detained on Manus Island, Hamid Kehazaei, died in September last year, leading doctors to criticise the facilities for lacking the basic medication that could have saved his life.

Over 150 days later, the government has not outlined how such a simple medical situation resulted in a fatality, and has not published its internal medical inquiry.

The Refugee Action Collective will also hold a memorial in Melbourne tomorrow, while other events are expected to take place across the country later in the week.