This week, I travelled to the immigration detention centre on the outskirts of Melbourne to talk through a decision that no parent should have to make.

Fatima and Abdul sit anxiously across from me. The room is small and harshly lit by fluorescent light. The chairs are bolted to the floor, making it impossible to fit the pram inside the room. Fatima holds their 11-month-old daughter, Aiza on her lap.

Born in immigration detention where she has spent every day of her young life, she cries and squirms. She is one of the Australian born babies that the former Minister for Immigration Scott Morrison promised would be released from detention before Christmas.

This week, the new Minister declined to grant this family’s release from detention. Fatima and Aiza may leave detention. But Abdul must stay. No reasons were given. Under Australian law, the Minister is not required to provide reasons for denying freedom. Minister says “no”.

After more than 18 months in detention, including on Christmas Island, Nauru, and for the past year, in Melbourne, the family are now faced with an impossible choice.

Fatima sobs openly as I talk through the situation with them. At one stage, the interpreter pauses mid-sentence to embrace her. Abdul is pale and withdrawn. Gently he comforts his screaming daughter. 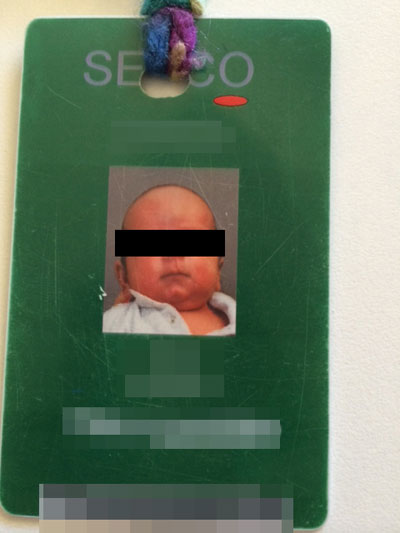 Last year, following fraught negotiations between cross benchers and the government, a deal was struck that prevented the removal of 110 of our Australian born clients and their families to Nauru.

In exchange for passing a raft of devastating amendments to the Migration Act, Morrison agreed to allow these babies and their families to have their claims for protection processed in Australia. He also promised that children would be released from detention by Christmas.

Christmas has come and gone. 211 children remain in detention. Aiza is now faced with the prospect of either spending her first birthday behind the wire, or spending it without her father.

This week the Australian Human Rights Commission handed down its report on children in detention. The report confirmed an alarming rate of self-harm and behavioural problems observed in children detained over long periods of time.

I’ve seen this first hand with my young clients in detention centres around Australia, in particular on Christmas Island.

During my last visit to the Island, a 12-year-old girl passed me a note stating that she hoped to die soon. When I met with her, she has not eaten or left her bed for five days.

Another one-year-old boy had begun tearing hair from his own head.

Removing these children from Christmas Island is the first step. How we begin to undo the damage to these young lives remains to be seen.

As I stand to leave the interview room Fatima is shaking. She fled her country so she could be with her husband, she tells me.

Now she must decide whether she stays on in detention with him, or begin her life as a sole parent outside the wire.

With no reasons even given by the Minister to justify the separation of this family, who have already endured so much, I am lost for words.

Once again I leave the detention centre with a heavy heart, ashamed of the way we continue to punish people for seeking shelter in this place we call the lucky country.

Katie Robertson is an Associate in the social justice practice at Maurice Blackburn in Melbourne.