Faith Bandler, at one time one of the nation’s most prominent advocates for Aboriginal and Torres Strait Islander rights, has passed away, aged 96.

Bandler is most famous as a leading figure in the push for a 1967 referendum to include First Australians in the Constitution.

The result from that remains the most resounding in Australian political history – just over 90 percent of voters ticked the ‘Yes’ box, leading to a provision in the Consittution which allowed the Commonwealth to ‘make laws for the benefit of’ First Nations people.

The outcome ultimately proved to be a mixed bag for Aboriginal and Torres Strait Islander people – the High Court found in the mid 90s, during the Hindmarsh Islands case, that the law also allowed for the Commonwealth to make laws that were to the detriment of Aboriginal people.

Even so, Bandler established a place in the hearts of many black Australians.

Bandler was one of the original founding members of the Federal Council for the Advancement of Aboriginal and Torres Strait Islanders, but she was not Aboriginal – Bandler was a South Sea Islander, the daughter of a Vanuatuan kidnapped to work in the Australian canefields.

As a non-Aboriginal Australian, she was eventually forced off the Council when the focus of Aboriginal activism turned towards self-determination. 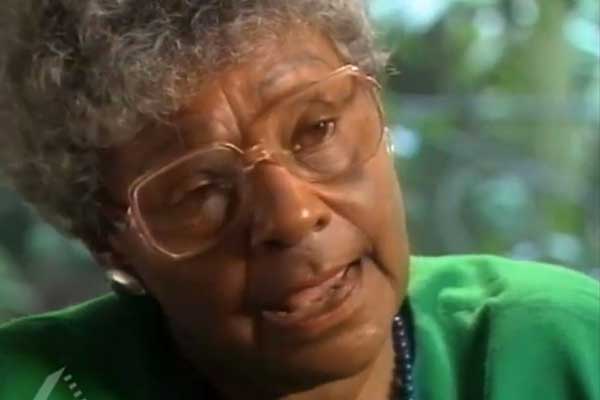 Bandler turned to writing, and was widely regarded as an accomplished author. Bandler also remained politically active throughout her life, helping to set up the Women's Electoral Lobby and the Australian South Sea Islanders National Council.

Bandler was appointed a Companion of the Order of Australia in 2009.

“Her legacy lives on in our journey toward the constitutional recognition of Aboriginal and Torres Strait Islander peoples," Opposition Leader Bill Shorten and opposition Indigenous Affairs spokesman Shanye Neumann said in a joint statement.

Linda Burney, the NSW Opposition spokesperson on Aboriginal affairs described Bandler a “hero for everyone”.

"Faith, whom I knew, was just the most gracious powerful woman," Burney said.

"She was just a hero for everyone and particularly for Aboriginal people in this country."