If you thought Prime Minister for Indigenous affairs Tony Abbott was at least honest about how spectacularly he has failed in Aboriginal affairs in yesterday’s Closing the Gap report, then think again.

The severity of his government’s attacks on Aboriginal Australia cannot be measured in a 20-page report, regardless of how beautiful the Aboriginal art adorning it.

Although Abbott admitted he was “profoundly disappointed” in his failures, and it was foreshadowed in “leaked” reports (or embargoed media releases) to the ABC and the Australian yesterday, blackfellas across the nation, particularly in remote areas, are preparing to suffer the devastating consequences of his government’s assimilationist, paternalistic agenda.

The targeted areas are, after all, determined by government, and not by the lives of people the policies are supposed to ‘advance’.

Yesterday in Parliament, Abbott admitted that his party was failing in many areas. On the surface, this ‘honesty’ appeared refreshing given Gillard and Rudd’s previous attempts to bury their respective governments’ continual failure in the area. It was most impressively demonstrated by Gillard in her first report, where she deflected blame onto blackfellas.

This sentiment was reiterated by Abbott yesterday, who said that Aboriginal and Torres Strait Islanders had to “grasp” these opportunities presented by government. 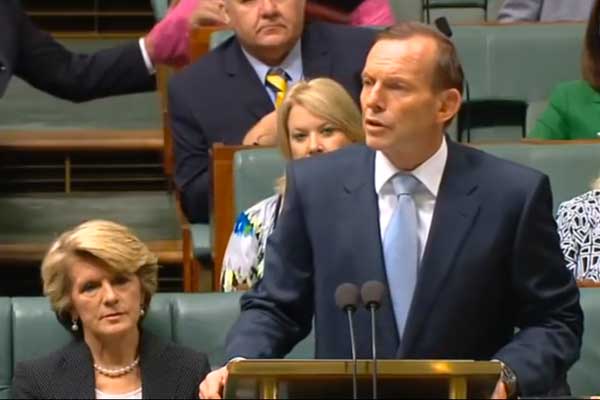 This is smoke and mirrors of the highest order, because it assumes blackfellas have some sort of choice. It assumes they have an ability to “grasp” this lifeline extended from HMAS Abbott, when in reality they are being left in the sea to drown.

If you dig into report, and it really isn’t hard given it is only 20-pages long, you’ll find a much more insidious agenda at play.

One of the key areas acknowledged by Abbott as a failure is the employment targets, which focuses largely on remote Australia. Remote employment was subject to a shallow and paternalistic review headed by mining magnate Andrew Forrest earlier this year.

The report says there has been no progress in employment outcomes, in fact employment levels are falling.

Because of an increase in non-Indigenous employment, the gap has widened from 21.2 percent to 28.1 percent. The report acknowledges that Indigenous unemployment is highest in remote areas.

But the report tries to justify this complete failure by insinuating the removal of CDEP was a barrier in closing the gap. This is complete rubbish.

CDEP – the brainchild of Aboriginal people themselves – was one of the most successful Aboriginal affairs policies in the history of government. It was gradually dismantled by Howard, Rudd and then Gillard. Because of the removal of CDEP, the failure to reach the employment targets must be assessed with “some care”, the report says.

According to the report, the removal of CDEP resulted in a 60 percent decline in Indigenous employment rates. But governments have continually failed to view CDEP jobs as real employment, even though they kept Aboriginal people active and engaged, and paid real wages through ‘top up’.

The Remote Jobs and Community Program (RJCP) replaced CDEP in remote areas, and effectively takes Aboriginal people back to the days before award wages.

Indigenous policy expert Professor Jon Altman (PICTURED BELOW) told New Matilda today the changes to RJCP was just another in a string of broken promises from the Abbott government. 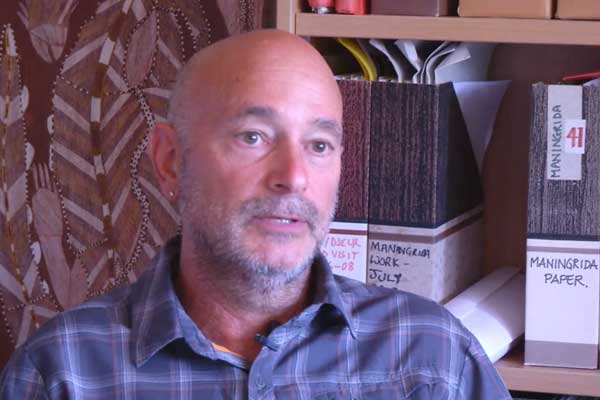 “There is this thing called non-CDEP employment, which is a totally outrageous concept because it is redefining employment. The bottom line is CDEP has always been better than what they are proposing,” Prof Altman said.

“What they are proposing is to put people onto welfare year-in, year-out, and by the time they get to measure how badly their policies are going, they will be out of government anyway. It’s totally outrageous.

“Closing the Gap is the wrong metric. We’re using the wrong approach. We’ve got a government that has a bad attitude, a behaviourist, paternalistic government. It’s arrogant and it’s failing.”

If you think that’s strong, consider this: Under RJCP, Aboriginal people in remote areas will be forced to work five hours a day, for five days a week, for 52 weeks a year or risk having their payments cut off. Those in the Territory will not only be working for Newstart payments, they will also fall under the controls of the blanket income management scheme.

It means Aboriginal workers on RJCP will be working for $10 an hour, but only receiving $5 an hour under income management. For the entire year.

And if they aren’t moved onto a job – and let’s face it, there are very little employment opportunities in these communities courtesy of decades of no government investment – they will most likely be forced to do it again the next year.

In the absence of jobs in these communities, there will be ‘work like activities’, which basically means in many cases Aboriginal people will be working in employment deemed ‘real jobs’ anywhere else in Australia. In many communities, Aboriginal workers are already doing work for local government shires for the dole.

“How can we on one hand say we want to close the gap, and on the other hand say we are going to put people on welfare. It makes no sense.”

Prof Altman says the RJCP changes go back to the days before equal wages.

“What we are doing is going back to a combination of training allowances from the 1960s, and pre-award wages. We’re going beyond that before 1965 when they decided to give Aboriginal people equal wages.”

In effect, it’s slave labour. But you won’t find that written in Abbott’s ‘Closing the Gap’ report card. And I find that profoundly disappointing.

“I don’t think there’s any chance of even closing half the gap in employment the way they’re going.

“The biggest challenge is in remote and very remote Australia. Minister Scullion says there are no jobs available, so you have two objects – put people on welfare and work for the dole, or migrate them to employment, and there is no evidence that people are willing to do that.”

This all comes in the background of a catastrophic $530 million ripped from the Indigenous affairs budget, and a high degree of uncertainty across Aboriginal Australia given the Abbott government’s complete failure to sort out its new Indigenous Advancement Strategy (IAS).

For Aboriginal controlled and run organisations, the IAS funding chaos is strangling their ability to do their jobs.

But the Stronger Smarter Institute has been waiting for five months to find out if their funding will be renewed under the IAS. It has meant that they are unable to roll out their programs for the school year. 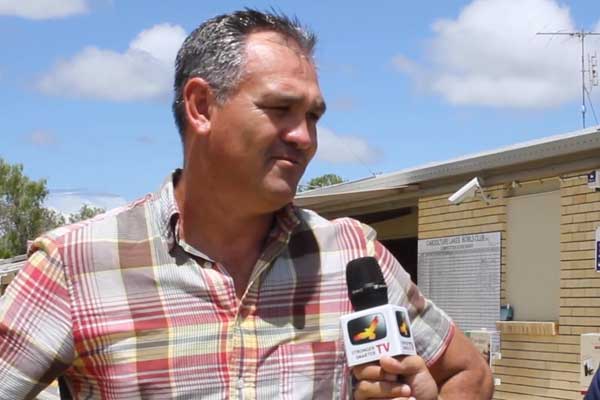 It’s CEO Darren Godwell (PICTURED ABOVE) told New Matilda today: “We have national improvements in national minimum standards, we have seen attendance increase, we’ve seen unexplained absences decrease, we’ve had an overall absence decrease… we have real measures of what happens when you create a classroom and school environment that is positive and welcoming.”

But Mr Godwell is also “profoundly disappointed” that there has been no word on whether their funding will be granted this year. He is hopeful that it will, given the proven track record of Stronger Smarter, but with no funding certainty, it cannot continue its programs for the school year.

“We cannot wait until March (for a decision),” Mr Godwell told New Matilda.

“Students have already turned up to school… teachers have set their semester programs, principals have already set up what they’re working on in Aboriginal education.

Stronger Smarter is not the only organisation facing an uncertain future. Across the country, virtually all Aboriginal organisations are waiting to find out if they have funding to continue community-controlled and devised programs.

A fundamental failure to deal with this is a huge setback to Aboriginal empowerment by a government more committed to continuing its own failed policies than giving Aboriginal people more control over their own lives.

Prof Altman is savage about the current process.

“If this is called Australia being open to business…. This has been the most unbusinesslike administration of Aboriginal affairs we’ve seen since the department was first set up in 1973,” Prof Altman says.

“This is in the context of $500 million worth of cuts, so a number of organisations know they are not being refunded. So there’s an uncertainty and it’s not just the delay. It’s like these organisations have a gun pointed at them and no one has pulled a trigger yet. It’s like Russian Roulette where there’ six barrels and two of them have a bullet.

Tony Abbott can’t just turn up to Parliament, lament his failures, and promise to do better. He must fundamentally change his approach to Aboriginal affairs.

Disempowering Aboriginal people further, failing to adequately fund already underfunded essential services, placing them on slave wages, pushing them to sign up to school attendance measures that have no evidence of success and which are paternalistic in design and implementation… that is not how you Close The Gap.

That is how you widen it. And if you want a blueprint for that, then look up Tony Abbott’s Closing the Gap report card 2015.