In 1895, women in South Australia were amongst the first in the world to both vote and stand for parliament. SA’s 1966 Prohibition of Discrimination Act prevented discrimination on the basis of race, colour or country of origin. South Australia's achievements as a free settler colony mark it out as a place of civility and forward thinking in a land more used to the antics of the gold rush or the Rum Corp.

And so we come to its latest and possibly its greatest innovation: that of a Royal Commission to explore a possible role for SA in the production of nuclear power.

The Labor Premier Jay Weatherill has advised that in addition to the traditional mining activity, the royal commission will also investigate other elements of the nuclear fuel cycle, namely enriching, power and the storing of nuclear waste. The commission will be tasked with looking into the ethical, economic and environmental impacts of these activities.

Underpinning this change of heart on the Premier's part is the recognition that climate change needs urgent action and South Australia is well placed to play a key role in developing a zero carbon economy. Following on from some initial enthusiasm, the scope of framing the terms of reference for the royal commission is daunting, especially as nearly all parts of the nuclear fuel cycle are controlled by federal legislation.

Following are six issues of relevance to the Royal Commission.

Looking at key issues that must be considered, we need to remember that we are in South Australia, where, anecdotally at least, there is majority support for nuclear energy. Following the Premier's announcement, a poll of some 1,594 readers of the Adelaide Advertiser showed that 73 per cent wanted involvement in the complete nuclear fuel cycle, while only 16 per cent were against any involvement.

We are not in Carlton or Glebe, we are in a place with a hard environment where people make things and have original ideas – their track record proves that.

These people get some of the hottest weather on the continent and they will be keen to see the commission address the potential for nuclear power to address climate change. The pretence that an economy can rely on wind and solar panels needs to be addressed and so their performance must be audited.

The commission may well take account of examples such as France where power is generated with a seventh of the German emission rates, while having a 75 per cent reliance on nuclear energy.

2. Cost and time of construction

The next issue would be cost and construction time. South Australians are paying more for electric power than the rest of us. They are stuck between unreliable wind generation and peaking gas power.

The national average dispatch price is around $40 per megawatt hour (MWhr).  SA’s is higher at around $70 per MWhr, because such a high proportion of its generating capacity is in wind power.

They rely heavily on high-cost gas powered peaking plants when the wind power goes missing. At times they've paid up to $10,500 per MWhr, and this has to stop.

The Commission must be tasked with finding out if nuclear energy can provide long-term economic low carbon emitting energy, because you can't build industry while paying the current electricity prices.

The Commission may also look at where the power plants would come from.  The nuclear supply industry is rapidly moving to Asia. From the UK to Argentina to the United Arab Emirates, the deals are being done with Korea or China.

The cost issues in the USA or Europe aren't relevant. The Commission will need to examine this changing industry where quality, safety and reliability will run up against cost and delivery.

Of major relevance to the commission would be the funding model used for the new Hinkley Point C reactors in the United Kingdom, where the government effectively buys power rather than funds reactors.

There are additional incentives to cover reliability of supply and a balance has been struck between the contractor being fairly compensated and the community obtaining long term reliable and suitably priced electricity.

How far should South Australia go in deploying nuclear power? It's hard to see them needing more than a single nuclear reactor for their own use, however two or three could enable South Australia to sell into Victoria while increasing the overall economics of the operation.

The retrenched workers from the Elizabeth car plants could power the homes of Melbourne and the dirty brown coal plants in the Latrobe Valley could be retired. Highly skilled long-term jobs would emerge from this industry and its inevitable roll out through the rest of Australia to meet the challenge of climate change. 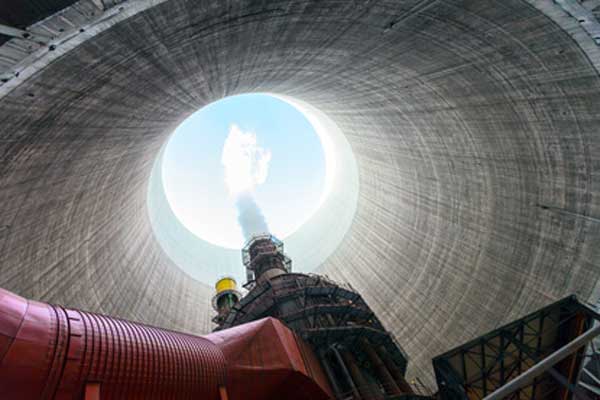 If the study of nuclear power delivery is not daunting enough, the vexed issue of waste disposal is both a political as well as a technical hurdle. The Commission would need to review the operation of international storage regimes and possibly the storage of used material from our customers.

Solutions for high level wastes using dry cask storage at existing reactors work well in the USA and elsewhere. The volumes are not large, and the material is readily available for retrieval and consumption in the next generation of reactors.

Disposal or storage of nuclear wastes is about safety and monitoring in stable locations where reliable infrastructure exists. It is certainly not about disposal on remote Aboriginal lands.

Enrichment and the subsequent fuel fabrication has also been mentioned. This is all about value-adding, but the Commission would need to look carefully at the existing international market and capacity.

The technology required is very sophisticated and the cost of entry to this part of the cycle is high. Currently, the space is crowded out by the established players in the USA, Asia and Europe. In some decades this may change but the Commission may well find it has little economic potential.

6. Comparisons and Community input on safety

Community input will be essential if a properly democratic consultative process is to take place, and a close review of radiation doses to populations impacted by the modern nuclear fuel cycle will be an inevitable task of the commission.

This would necessarily include the relevance of events such as Chernobyl, Fukushima and Three Mile Island and should also include a comparison with the benefits created by preventing fossil fuel use.

The commission may also draw on methods used to inform relevant communities such as those affected by the new Hinkley Point reactors in the United Kingdom.

It needs a hard nut scientist who knows his or her way through political minefields and can keep the objectives clearly defined.

Meeting the goals of time, cost and transparency will be essential for the public to have faith in the result.

* This story is part of an ongoing series in New Matilda. On Thursday, we'll publish the views of from environmental group's perspective.