As the excitement subsides on the Queensland election results, we need to take stock of what this means for the left in Australia. While the deep north of our country is a world away from Greece, there is a political trend here. But first let’s stay in Queensland.

It was just three years ago that the then Bligh Labor government was thrown out suffering a 15.6 per cent swing, one of the largest against a sitting state government in Australian political history. The Newman government lost with an 8.8 per cent swing against it.

Rapid changes of government are not the massive endorsement of the new party, as the victor so often claims. Such a quick turnaround is a rejection by the voters of destructive government policies, whoever brings them in.

In her election night speech, Labor leader Annastacia Palaszczuk singled out the Newman government’s asset sell-off plan as a key reason for the massive vote switch. But it was just three years ago that the Bligh Labor government angered the Queensland public with their grand privatisation plan to raise $15 billion from the sale of rail, motorways, port facilities and forestry plantations.

Labor politicians long ago learned to present a more progressive face when they are in opposition. The current stand out example is their position on universities, where they went from the Gillard government proposing $2.3 billion cuts to being a vocal critic in opposition of Pyne's plans to reduce the higher education budget by billions of dollars.

In NSW after the 2011 election when Labor went into opposition they dropped their privatisation plans that so dominated their days in government.

Modern Labor uses these chameleon tactics to make a quick recovery from opposition to government. Labor has mastered these manoeuvres over the past few decades.

In 1988 NSW Labor was bundled out of office, losing 15 seats after suffering a 10.3 per cent swing. Yet they defied predictions of years in the political wilderness. Three years later the Coalition were forced into minority government after suffering a 4.8 per cent swing, and at the next election in 1995 Labor were back in power.

The party was voted out 16 years later after successive Labor leaders tried to push for electricity privatisation, and the government failed to adequately resource key public health, education and transport services.

How do we break out of the current Australian electoral cycle of swapping one party beholden to market-based "solutions" and delivering for the big end of town, for another party that takes just a slightly gentler approach, or appears to in opposition? 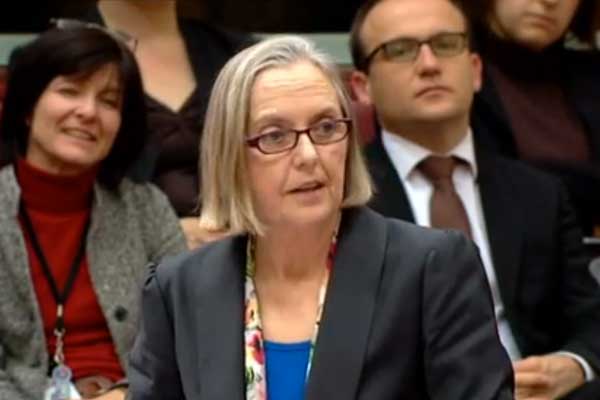 Labor is not a mirror image of the Coalition when it moves into government, but over the century it has been forming governments at the state and federal levels, time and time again it has failed to live up to its own policies and people’s hopes.

Right now Labor talks about a commitment to tackling climate change, but the coal companies are like a protected species. When in government it has weakened planning laws to the benefit of developers and attacked single mothers. FOI, privacy, workers’ rights and cleaning up electoral funding barely advanced under their watch.

The appalling mistreatment of asylum seekers continues. The list goes on.

Current European political movements hold up an alternative electoral path for the progressive side of politics.

In Greece, Syriza (Hope) has just formed government having mobilised massive community resistance to austerity and depression-level unemployment. Their vote went from 16 per cent in 2012 to 36 per cent in last month’s election, overseeing the implosion of PASOK, the Labor Party equivalent in Greece.

Since it formed government, Syriza has moved quickly to stop planned privatisations; it has lifted the minimum wage back to its previous level and is re-employing sacked public sector workers.

In Spain a new grassroots party, Podemos (We Can), has policies similar to Syriza in the fight against austerity. It is also exploring new ways of democratic membership involvement. Formed over one year ago, it is now the second largest Spanish party by membership and its public support is neck and neck with Spain's largest social democrat party.

Back in Australia these developments give those on the progressive side of politics encouragement and build our hopes. But do they have any direct application?

The growth of a united anti-business-as-usual left in Spain and Greece is in response to the imposition of extreme austerity measures and sustained community resistance, especially in workplaces. While the objective conditions are different here, there is a strong message for the Australian left that we too need to challenge how our economy is run, and who it serves.

Big business in Australia – irrespective if it is mining companies, banks, the supermarket duopoly or developers – are never satisfied with their rate of profit. This is what Labor are too timid to challenge; to reassess how our economy operates so it meets people's needs; to untangle the interdependence between the state and corporations.

The exploitation and inequality within and between societies, the threat of climate change and environmental damage, provide the clear proof that it is wrong to allow companies that chase profits to dominate our economy and political life.

As the left steps up its efforts to defeat the federal Liberal/National government we need to encourage voters to follow the Greek example, and reject the old electoral script of swapping one major party for the other.

As a member of the Greens I think our party provides a pathway to a fair and just society with strong environmental protection. Winning broad-based progressive support for the Greens is a way forward. ‘How’ is the hard part.

We are likely to have greater success if our work directly challenges how the economy is structured, and who it serves.

* Lee Rhiannon is a Greens Senator for NSW in the federal parliament.