Commentators often look at court cases like a football game, with winners and losers. But the recent High Court Decision of CPCF v Minister of Immigration and Border Protection about the legality of holding 157 Tamil asylum seekers on a Customs vessel and taking them on a pointless voyage to India was much more nuanced than that.

Our client, CPCF, a Tamil whose name has been anonymised for his safety and the safety of 156 others, had been taken into detention when their boat was intercepted by Customs and Border Control officers close to Christmas Island in June 2014.

CPCF challenged the legality of the month he spent in detention while the Minister for Immigration and Border Protection negotiated with various governments to return or resettle the group.

Ultimately the Minister gave up on his efforts to unload the detainees in Sri Lanka or India and took them to Australian Territory, before removing them to Nauru where most of them still reside in miserable conditions.

As a result of CPCF’s High Court Challenge the Australian Government hurriedly pushed through a raft of amendments to the Migration Act and the Maritime Powers Act to allow much greater flexibility and discretion in removing asylum seekers from the high seas to other places.

But the amendments failed to remove the one protection that the High Court found is still effective, and which stops the Australian Government from leaving a person in a place where they would be at risk of harm.

The CPCF decision and the recent amendments now threaten the government’s ‘Indonesian Turn Back Policy’.

Few people are aware that the turn back policy can require men, women and children without navigational experience to be deposited into tiny boats on the high seas in order to find their way to land.

That practice is now open to a legal challenge because the High Court has found that a maritime officer must not put a detainee in a place that is not safe (under s.74 of the Maritime Powers Act) and because the government’s own amendments specifically redefine a vessel as a ‘place’.

During the course of the CPCF case, the Commonwealth argued that the Government’s National Security Cabinet could order Australian maritime officers to take asylum seekers, who had been intercepted on the high seas, to any place they commanded, even back to Sri Lanka where the Tamil asylum seekers claimed that they faced persecution or a serious risk of physical harm or death.

The case was not about the morality of our Government’s position, its focus was on the whether the exercise of government power was valid.

Although the High Court ultimately validated CPCF’s detention during the course of his futile passage to India, a detailed reading of the judgment reveals that a majority sent a clear message to the Government about the limits of its power under the Maritime Powers Act.

Justice Crennan conveniently lists a number of the limits:

She went on to say, “These limitations make it plain that the defendants are not empowered to take someone in the plaintiff’s position to any place on the earth’s surface”.

In claiming a “win”, Abbott Government Ministers overlook the complex interplay between the legal questions that the Court had to consider and the way they were reconciled by the judges. 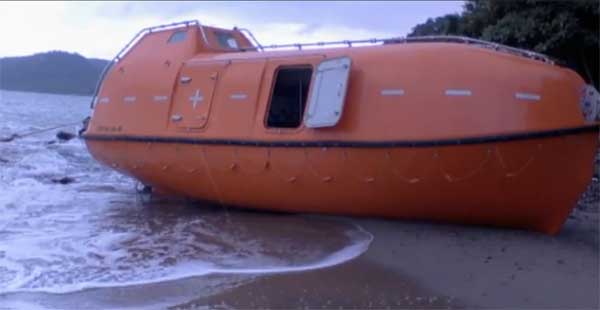 Despite the natural reluctance of the High Court to challenge and confront the Executive, the decision sets the boundaries for the safe treatment of asylum seekers in their care and control.

It is enlightening to examine how a majority on the High Court bench dealt with the controversial legal issues:

1. Non-Refoulement and the Safety of the Individual

Whilst the court was not prepared to incorporate the International prohibition against refoulement into Australian Law, it did address the personal safety of asylum seekers like CPCF by applying s.74 of the Maritime Powers Act, which prohibited CPCF from being taken to an unsafe place. There is an obvious overlap between the principle of non-refoulment and the prohibition on leaving a person in a place that is unsafe. The Court observed the intersection between Australia’s obligations under the Refugee Convention if CPCF was to be returned to Sri Lanka.

Justice Gageler said: “There is no reason to read [s74’s] reference to safety narrowly or technically. A person cannot be safe in a place if the person is exposed there to a real risk of harm for any reason, including but not limited to a reason which would give that harm the character of persecution within the meaning of the Refugees Convention.”

Having set the boundaries of the legal power, the Court did not have enough evidence to form a view that India was an unsafe destination for CPCF. The case may well have been decided differently if the intended destination was Sri Lanka.

The Court found that the arrest and detention powers under the Maritime Powers Act are purposeful powers (akin to military powers at time of war) which are intended to allow a maritime officer (whether acting under orders or not) to take someone from a vessel on the high seas and leave them somewhere safe.

It is disappointing that the Court found that the rules of procedural fairness, like a right to a fair hearing, did not apply to the taking of CPCF. The Judges did attempt to temper this by observing that whoever made the decision to discharge CPCF needed to make enquiries to know certain details about him in order to evaluate and assess his safety in India.

As a consequence, if asylum seekers are intercepted outside of Australian Territory in the future, government officials will need to seek information from the detainees to assess whether they are at risk of harm in the place that the decision maker proposes to send them.

3. A Futile or a Justifiable Voyage to India?

The High Court bench split over whether taking CPCF and the other asylum seekers towards to India, whilst negotiations between the two governments were underway, was valid.

4. The Timing of CPCF’s Detention?

CPCF’s detention could only be legal if it was for a reasonable time and it had to be associated with his removal to another place.

Whilst the duration of CPCF’s detention was found to be reasonable in this case, there are serious ramifications in this decision for another class of detainee, specifically those held in immigration detention onshore with adverse ASIO clearances.

Although these individuals have been found to be legitimate refugees, the Minister will not let them out and they have no hope of release because they cannot challenge their ASIO determinations or even know the basis of the claims against them.

These are legitimate refugees who are currently rotting in detention indefinitely, and questions arise about whether they are being held for an identified statutory purpose and whether that purpose is reasonably capable of being achieved.

The High Court validated the Government’s actions in CPCF because CPCF could not prove that India was an unsafe destination, and because a majority of the judges found that the voyage to India was not futile because the Australian Government was actively in negotiations with the Indian Government.

It followed, therefore, that the month in which CPCF and 156 others were detained was not unreasonable in the circumstances.

* George Newhouse is a prominent Australian human rights lawyers, and a Special Counsel with Shine Lawyers.