The Construction, Forestry, Mining and Energy Union (CFMEU) has forced the federal government to investigate claims foreign workers at an ethanol plant on the NSW South Coast have been working up to seven days a week for as little as $4 an hour, while living in “cramped and degrading conditions”.

The shocking revelations were uncovered by the CFMEU last week, at the Bomaderry Ethanol Plant on the south coast of NSW. The site is owned by the Manildra Group, a large Australian company and one of the nation’s most generous donors to the three major political parties.

The Chairman of Manildra is Dick Honan, ranked 116 on BRW’s Rich 200 List. There is no suggestion from New Matilda Mr Honan had any knowledge of the scam.

But the CFMEU believes the scandal may be just the tip of the iceberg – National Secretary Michael O’Connor told New Matilda overnight that the union believed the worker abuse was part of a nation-wide network of exploitation, where foreign workers are being drastically underpaid and subjected to appalling and illegal conditions.

Mr O’Connor has already notified federal Minister for Immigration Peter Dutton of at least two other sites where foreign workers appear to have been ripped off – at Narrabri in the NSW north-west, and at Manildra (the town) in Central NSW.

Last week, the CFMEU discovered 29 Chinese and Filipino workers, who are at the centre of the scandal, constructing a feed pellet mill at the Bomaderry Ethanol Plant. They were employed under sub-class 400 visa arrangements, and contracted to work at Manildra through a Taiwanese company called Chia Tung Development Corporation.

“It was our members themselves who blew the whistle on it,” CFMEU National Secretary Michael O’Connor told New Matilda earlier today.

“Organisers went to the job and the non-visa workers said ‘We think there’s some problems with these visa workers,’” he said.

“[A CFMEU organiser] investigated and found a whole range of award breaches, conditions breaches, and issues with where they were staying, along with a whole lot of other matters,” O’Connor said.

According to the CFMEU, the foreign employees have been working for 10 or 11 hours a day, up to 7 days a week and taking home between $40 and $100 per day, with virtually no workplace entitlements.

The workers have not received any form of allowances, including penalty rates for overtime and weekends, and it appears they were not covered by work insurance, the CFMEU said.

In a letter to Manildra Group, the CFMEU identifies a swathe of alleged illegal activities, including pay deductions for living expenses, meals and travel. Concerns have also been raised over the “cramped and degrading” accommodation provided by the workers’ employer.

“[My understanding is] there was an average of three to a room,” O’Connor said.

Of the 29 workers, 13 were Chinese nationals, and 16 were Filipino.

“Most, if not all, of the Filipino workers can speak English, so we were able to communicate more effectively with them,” O’Connor said.

Mr O’Connor said skilled migration visas such as 457s often lead to the exploitation of workers.

“We’ve always put the view to successive governments that this is a regular occurrence, not a one off,” O’Connor said.

“Workers under these visa arrangements are vulnerable because they’re desperate to keep their job and are worried about being kicked out of the country.”

And that may be what happens to a separate group of workers also discovered by the CFMEU over the weekend, in the north-west NSW town of Narrabri.

The eight foreign workers, who O’Connor said “certainly look like they were working for the same Taiwanese company” were evicted from their accommodation over the weekend.

“It looks like an attempt to get them out of the country before the exploitation was discovered,” O’Connor said.

O’Connor has written to the Minister for Immigration and Border Protection, Peter Dutton – the man responsible for temporary skilled visa workers – calling on him to investigate the matters.

“We have now learned from the workers themselves that such practices are occurring in other parts of the company’s operations throughout Australia,” O’Connor writes in the letter.

“We are therefore seeking an urgent investigation by your department into the operations of the Manildra Group across the country, as well as any sub-contractors, including the Chia Tung Development Corporation (their ostensible employers), and any migration agents associated with the workers.”

Mr O’Connor said there appeared to be “a deliberately complicated web of companies across the country set up to hide what is outrageous exploitation of vulnerable workers”.

Mr O’Connor (pictured below) said he hopes the fact “the Manildra Group has donated $285,604 to the Liberal National Party over the past two years [doesn’t] prevent the minister from urgently stamping out what amounts to modern day slavery”. 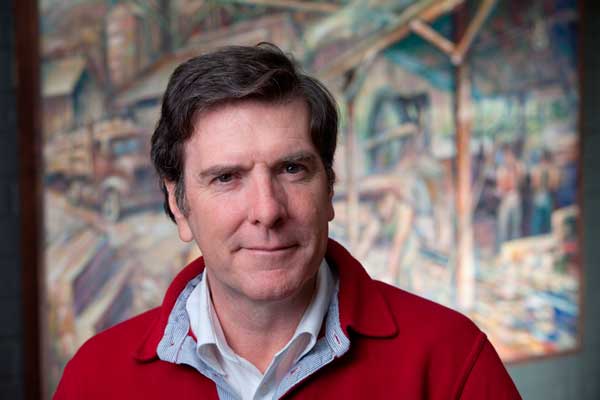 The union has offered to assist Minister Dutton with any investigations.

In a statement issued to New Matilda last night, a spokesman for the Assistant Minister for Immigration and Border Protection, Michaelia Cash said the government had begun investigating the claims.

“The specific allegations raised in relation to workers at the Manildra Ethanol Plant in Bomaderry have been referred to both the Fair Work Ombudsman and the Department of Immigration and Border Protection for investigation.”

New Matilda was unable to gain comment from Manildra Group at the time of press, however the company earlier issued a statement to the ABC.

“The Manildra Group has a contract with Chia Tung for the supply and installation of a pellet feed mill on the Manildra site at Bomaderry. Chia Tung has provided their own construction employees,” the statement said.

“Manildra Group has become aware of certain allegations made by the CFMEU about Chia Tung's treatment of its employees.

“We take this matter seriously and are making enquiries of Chia Tung as to the allegations.”

Manildra Group has previously been at the centre of a major political storm in 2003, after Prime Minister John Howard delivered a series of generous subsidies to the ethanol industry via its then Employment Minister, Tony Abbott.

Manildra remains a major supporter of the three major political parties, having donated at least $3 million to the ALP, Liberals and Nationals since 1998.

Despite its denials of any knowledge of the exploitation of the Bomaderry workers, Manildra doesn’t appear to be completely out of the woods just yet.

In his letter to Minister Dutton, CFMEU National Secretary Michael O’Connor noted that the union had “already learned of a similar situation at [Manildra’s] facility in Manildra itself, and will provide more information as it comes to hand.”

And for the government’s part, despite the growing scandal, Minister Cash’s office was last night standing by the foreign worker visa program.

“The Coalition Government’s increased focus on compliance within our skilled migration program is producing excellent results.

“This is a clear indication of this Government’s strong commitment to maintain integrity in Australia’s migration program.”

But Mr O’Connor said the CFMEU believes that many of the workers caught up in this exploitation scandal are on subclass 400 visas – “the very visa that the government wants to expand to 12 months and make it even easier for employers to get”.

“Instead, the government should stop employers like this from rorting the system, banning the worst offenders from taking on migrant workers, and put in place proper labour market testing to make sure that local workers can get a start and don’t get undercut,” Mr O’Connor said.

* New Matilda will bring you a fresh update on this story later today.