These days, Queensland Premier Campbell Newman sees only the red of the state’s deficit. But not so long ago, he was seeing green.

At a 2011 Australia Day awards dinner, when Newman was the Lord Mayor of Brisbane, Newman savaged the imminent expansion of Queensland’s coal industry.

These plans, so comprehensively renounced by Newman in 2011, he would later go on to approve as Premier of Queensland.

“Rather than digging huge piles of black stuff out of the ground a few hundred kilometres north of here to keep those lights on, perhaps it’d be better in the long term for our children, our grandchildren and generations to come that we actually set things up differently,” Newman said.

“We have a really strong vision that we want this to be the most sustainable city in Australia and there are many aspects to delivery in terms of that,” Mr Newman said.

The then Lord Mayor goes on to heap praise on Brisbane City Council’s status as “the largest purchaser of green energy on the Australian national electricity market”.

At one point in the video, Newman even appears to endorse a carbon tax.

“I guess that’s what we’re all about,” he said. 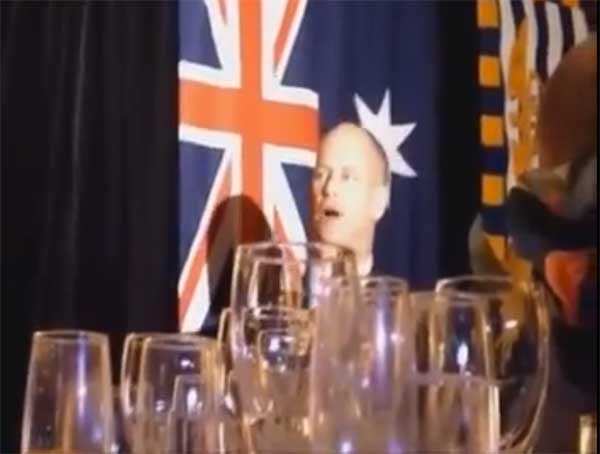 But Queenslanders would be forced to ‘guess again’ when Newman became state Premier the following year.

Rather than scaling-back Queensland’s coal industry – a necessity made abundantly clear by a new report released by the CSIRO today – Newman approved the Carmichael coal mine.

The open-cut mine, which many see as the floodgate for the Galilee Basin as a whole, will ship coal out of Abbott Point and through the Great Barrier Reef. It will be 60-kilometres long and several times the area of Sydney Harbour, and will produce around 60 million tonnes of coal each year, for between 60 and 90 years.

This represents a massive increase on the 284 million tonnes produced in the state in 2013 – around 20 per cent – and could commit Queensland to another hundred or so years of coal production.

It is just one of a swathe of mines planned for the region.

So Newman’s government will be directly responsible for digging up the very “huge piles of black stuff” to which he referred so contemptuously four years earlier.

But four years is a long time in politics… about the length of an election cycle, actually. Maybe that’s what Newman’s really all about?

To be fair, Newman can’t be held solely responsible for his government’s radical endorsement of fossil fuels. All Premier’s are forced to negotiate with members of their government, and would naturally pay close attention to the views of their deputy.

So perhaps Jeff Seeney, the current Deputy Premier, must cop some blame for what the newly formed Galilee Basin Blockade are calling “eco-terrorism”.

Last week the ABC revealed Seeney referred to climate change as a “semi-religious belief” during a meeting with North Brisbane Councillor Allan Sutherland.

Newman – who had been so adamant that “there is such a thing as climate change” back in 2011 – has evidently joined Seeney’s church.

But Benjamin Pennings, a spokesperson for the Galilee Basin Blockade (the organisation which uncovered the Newman video) has also suggested another reason for Newman casting out the devil of science.

“Campbell Newman has changed his mind dramatically on coal in the same time period when millions of dollars have been donated by coal companies to the Liberal and National parties,” Mr Pennings said.

“The Newman government has repaid this by spending billions of taxpayer dollars in Central Queensland on coal mining infrastructure we may never use.

“Taxpayers are even going to pay to dredge the Reef and dump the spoil on precious wetlands.” 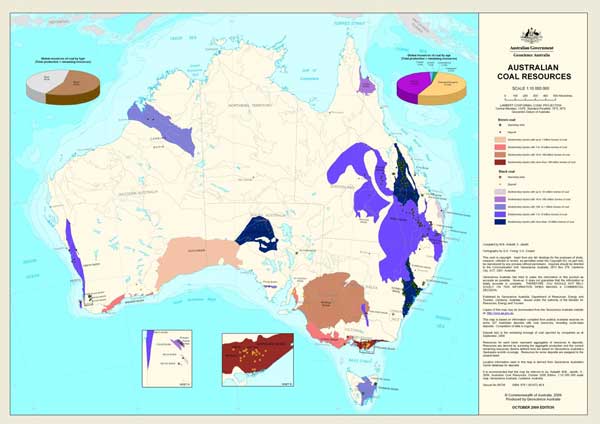 During a special Queensland election broadcast last week, Jones drew links between $650,000 received in donations from a coal company, and an approval that Newman had earlier promised not to grant.

Newman and Seeney have lodged a statement of claim in the Queensland Supreme Court in which they argue that Jones defamed them.

But some might suggest it’s the Premier – now faced not only with the potential loss of government, but the loss of his own electoral seat – who has lowered his own reputation.

The leaked video, which yesterday gave environmentalists something besides ‘Australia Day’ to celebrate, has emerged at an inopportune time for Newman, with less than a week before Queenslanders go to the polls.

Bad timing for Newman, perhaps, but the truth is he and his government have spent the last three years green-lighting developments which the formerly ‘green’ Premier rightly dismissed as unsustainable and reckless.