The Greens have renewed their attacks on the government’s higher education agenda after another private college became embroiled in the controversy surrounding the expansion of government funding to for-profit Vocational Education and Training (VET) providers.

With a Senate inquiry into private VET providers to begin in February, the ABC today reported inconsistencies in the number of students enrolling and graduating at Evocca College.

While Evocca denied the figures used by the ABC were correct, one student has come forward accusing the college of copying content directly from Wikipedia, raising questions about the quality of its teaching.

Greens Senator Lee Rhiannon today issued a statement blasting the “rorting” of private higher education providers and calling on the Senate inquiry to crackdown on the use of government funding.

“Figures highlighted by the ABC showing that only 19 students from Evocca College graduated in 2012, despite the fact the college enrolled 14,000 that year, demonstrates the serious problem at the heart of the for-profit education industry,” the statement said.

“The current funding system encourages private operators to enrol as many students as possible with little attention paid to the quality of the education being delivered or graduate outcomes.

“The VET FEE-HELP program (the equivalent of the HECS loan system for public universities) has exploded in size over recent years – growing nearly 30-fold in the past six years.”

The upcoming Senate inquiry originally named three private education providers in its terms of reference – Australasian Colleges, Group Colleges Australia and Vocation Ltd – but those references were withdrawn at the insistence of Labor, who supported the establishment of the inquiry. 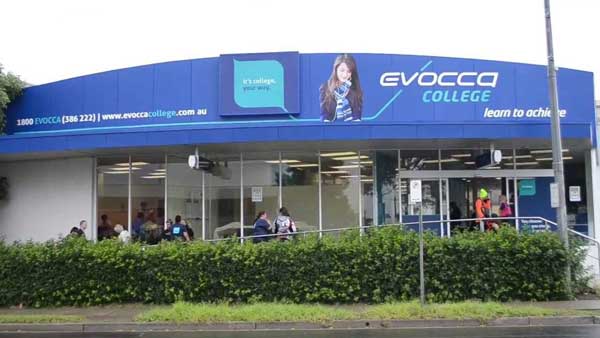 Evocca College was not one of the three institutions named, but the allegations the college face are likely to come under the scrutiny of the Senate.

There is no indication from the Senate yet whether the inquiry will also probe the how Frances Abbott, the daughter of the Australian Prime Minister, came to be awarded a secret $60,000 scholarship from the Whitehouse Institute, a private for-profit college.

The inquiry’s terms of reference include an examination of the cost and quality of the education provided by private VET providers, and the level of political donations.

The inquiry was welcomed by Australian Council of Private Education and Training CEO, Rod Camm who told New Matilda last year that rorts in the sector were not widespread.

“This is so important for individuals and for the country. This is not just an isolated set of allegations now, and I’m concerned to see there is quite strong action taken by the parliament,” Carr said.

Both Carr and Rhiannon are of the belief the inquiry will have ramifications for the government’s efforts to pass its higher education deregulation package, due back before the Parliament in February.

It includes opening a new pool of federal funding up to for-profit providers while cutting funding to public institutions, leading critics to warn the misuse of funds in the VET sector could be imitated by Higher Education Providers.

Education Minister Christopher Pyne’s office did not respond to a written request for comment, while calls to the office of the Assistant Minister for Education and Training Simon Birmingham went unanswered.