As many Australians on summer holiday grapple with decisions no more complex than whether to put another sausage on the barbie or choosing when to insert a swim into their cricket viewing, an important political debate is taking shape.

The Goods and Services Tax (GST) is to the Coalition in many ways what action on climate change is to Labor – that is, the electorate won’t accept what a majority of the party thinks is the best way forward for the nation.

Even if the policy makes sense, the massive scare campaign from political opponents and time taken for a consensus to develop within your own ranks renders the changes inoperable by the time they are put up as policy.

The GST has form. It famously sunk the hopes of John Hewson when he lost the so-called “unloseable election” in 1993, and it pushed John Howard’s political acumen to the limit when he lost the popular vote but gathered enough marginal seats to hold office in 1998.

Certainly, Queensland Premier Campbell Newman realises that either the Abbott Government or GST is political poison, actively using it as a point of difference between him and Prime Minister Tony Abbott, while NSW Premier Mike Baird has remained silent on the issue.

Federal Opposition Leader Bill Shorten is cashing in, deliberately mixing state and federal issues in the lead-up to the upcoming Queensland election. He will likely do the same for the NSW election, although a re-election of Baird is far more certain than for Newman.

‘‘Tony Abbott – you might hide from Queenslanders – but you can’t hide the GST policies,’’ Shorten said in Brisbane on Sunday.

‘‘Every one of those promises he has broken.’’

Abbott has welcomed a debate on the GST but for a government battling perceptions of fairness, he needs to tread carefully.

The GST is considered a regressive tax because the lower your income, the higher the percentage of that income you spend on the goods and services covered by the tax.

In this instance, beware the snake oil salesmen in January – all political wisdom points to the fact that the nation pays little or no attention to politics between Christmas Day and Australia Day.

Road testing policies before a final decision is nothing new, – and changes to the GST certainly qualifies as that. Indeed it is often smart politics when it comes to contentious policy settings and decisions. 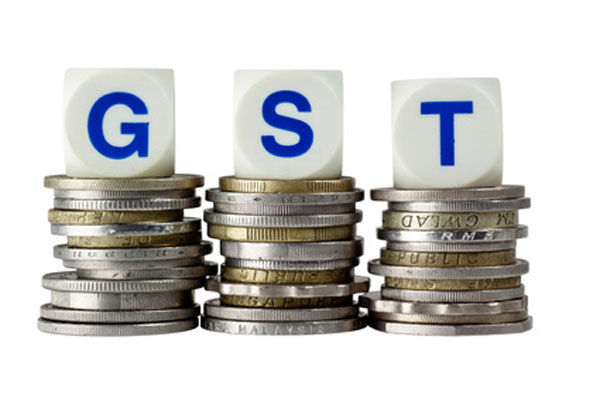 Putting something in the newspapers under the guise of ‘will be considered by cabinet’, or ‘in a submission to the economics committee’ allows the public to chew over a new direction before a decision has been made. Radio talkback, letters to the editor, and increasingly, social media chatter will offer as much information as any focus group on whether the new direction is palatable.

However, the Australian media runs on auto pilot this time of year – summer programming and reduced staff means the normal rules don’t apply.

Yet the hardheads of the Coalition are coming out of the woodwork one-by-one and musing on whether the GST should be extended to fresh food, education, financial services, healthcare and online purchases, and whether the rate and base should be broadened beyond the current 10 per cent.

Then there is also the debate about the carve-up of the GST, with Western Australian Coalition MPs wanting a bigger slice of the pie, while other states such as Tasmania and South Australia would lose out.

Federal West Australian MPs, not including cabinet ministers Julie Bishop and Mathias Cormann, are reportedly planning to make a submission to the upcoming tax white paper and their position is likely to place them at odds with Abbott and Treasurer Joe Hockey.

The most significant entrant to the debate is Trade Minister Andrew Robb, who said last week that the GST should be extended to products like fresh food and education, although he added that the Government did not have plans to change the tax before the next federal election.

Robb, federal director of the Liberal Party from 1990-97, knows only too well the pitfalls of a GST election as does Abbott, who worked for Hewson in the lead-up to the 1993 poll.

On Friday, Abbott said changing the GST would be “a big thing to do” and “the short answer is no”. He has also ruled out any changes in this term of Parliament.

Earlier in the week, he hid behind a political fig-leaf which was discredited http://www.smh.com.au/federal-politics/fact-checker/is-kevin-rudd-right-that-gst-could-be-changed-without-the-states-20130813-2rthd.html in the lead-up to the last federal election: “I certainly don’t mind members of parliament discussing the GST, but the GST simply can’t be changed unless all of the states and territories agree.”

Abbott’s lack of repudiation of Robb, a senior cabinet minister, signals either tacit approval or far worse – that he has lost control of his party room.

And regardless of Abbott’s comments, the debate is being pushed along in the media, with headlines such as Saturday’s splash in the Australian Financial Review: Momentum Builds for GST Reform.

Not surprisingly, the Business Council of Australia (BCA) and the Australian Chamber of Commerce and Industry (ACCI) think the rate should go up from 10 per cent.

On the other side of the equation, the Australia Institute says the GST base could be widened in a way that would not hurt the poor, by applying it to private school fees and health insurance.

There is little chance Abbott’s party room would agree to this in isolation.

Add to this the fact that health groups – including the Heart Foundation, Obesity Policy Coalition and Public Health Association of Australia – have slammed any proposal to extend the GST to fresh produce, saying such a move would have a negative impact on chronic disease and obesity.

News reports last week cited researchers from the University of Queensland in 2013 who estimated that applying the 10 per cent GST to fresh food would reduce fruit and vegetable consumption by about 5 per cent, and would produce an additional 90,000 cases of heart disease, stroke and cancer in the Australian adult population.

So what we have brewing is a right political mess.

There are Coalition members – some more prominent than others – frustrated that they are failing in prosecuting their case as perceived better economic managers.

There are structural problems with the Budget which need to be addressed, as confirmed again by MYEFO late last year.

Part of Labor’s solution was the mining tax and carbon tax, but they are now gone. Coalition MPs want to put the pressure on Labor to come up with alternatives but questions remain as to whether the GST is the right vehicle for the Government to pursue.

Abbott’s caution could be due to the Hewson experience, or the fact he realises this will straight away become a debate about truth and fairness rather than a way to strengthen the economy.

The debate, as it stands raises, more questions than answers.

What has the prime minister learned since his disastrous first budget?

Does he care about the fate of like-minded state premiers and perhaps most importantly, does he have control over his own party room?

Beware any information tested during a long, hot Australian summer, because you might just get burned.

* Darrin Barnett is a former Canberra Press Gallery journalist and Labor staffer. He writes as a fellow of the McKell Institute.