Amid some of the atrocious reportage surrounding Monday’s siege in Martin Place, one media outlet again distinguished itself as a bastion of ‘journalistic’ unscrupulousness. The Daily Telegraph, in its haste to capitalise on the public’s fear and uncertainty, rushed out its now notorious 2pm print edition, declaring that Sydney was in fact under attack by Islamic State.

Peddling fear, falsehoods and innuendo is nothing new for the Daily Telegraph. And yet, this headline felt like a new low, even for this rag. Such alarmist, inaccurate and inflammatory reporting served only to foster fear and hatred in the community, undermining efforts by authorities to encourage calm and unity during such an ordeal.

Even more baffling than the headline itself is the apparent impunity with which the paper published it. While some reputable publications have come out in criticism of this brazen misrepresentation of the facts, The Daily Telegraph has not been censured in any way as far as I’m aware.

I’m not sure if this is representative of the unparalleled power of the Murdoch empire, or simply the wretched standards we have come to expect from our media, but surely there must be some benchmark of journalistic integrity by which the media must abide.

The problem appears to lie in the fact that The Daily Telegraph purports to be a newspaper, which in turn publishes news. This surely must be its raison d’être. And yet, the word ‘news’ implies information about true, recent and important events. But the dramatisation and fictionalisation of news renders such news incipient, and merely a foundation upon which to sculpt a fanciful tale.

If the newspaper’s many readers are at least aware that they are reading little more than titillating fiction, then who am I to cast aspersions on their taste in literature. But if readers believe that they are in fact perusing a true account of the facts, then surely this is a gross deception perpetrated on a grand scale.

I must confess that I have some history with this tabloid. In 2004, my father, besieged by the media and beset by mental illness, underwent surgery to remove a frontal lobe brain tumour the size of a golf ball. The tumour was wreaking havoc in the executive centre of his brain, giving rise to erratic behaviour and exacerbating his mental illness. 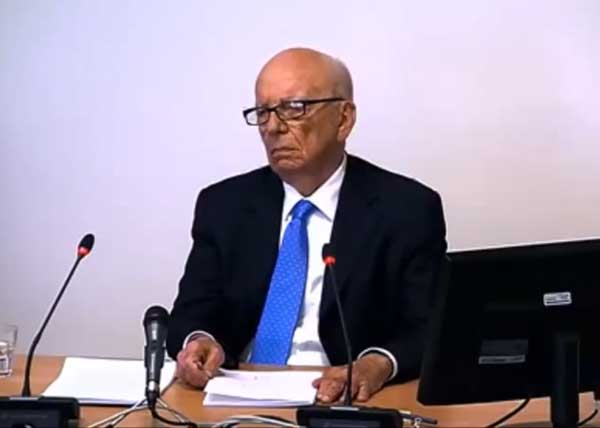 While in recovery, his face still swollen and his cognitive skills still impaired, a Daily Telegraph reporter I won’t name gained unauthorised access to his hospital room. He proceeded to conduct an ‘interview’ with my father, who would have been nothing more than an incoherent, disoriented interlocutor.

From this exchange, this cretin proceeded to file his story, telling readers that my father had in fact undergone cosmetic surgery – a face-lift I think it was – presumably in an illegitimate and duplicitous attempt to avoid the weekend detention that he had been sentenced to.

This was an egregious distortion of the truth, an indictment of the relevant neurosurgeon’s integrity, and a deceit perpetrated upon readers of The Daily Telegraph. Naturally I was outraged, as was my family and all those aware of what was in fact a grave medical condition, but what can you do? To sue for defamation, you need pockets as deep as a media mogul, skin thicker than a ruthless octogenarian, and the energy of a megalomaniac hell bent on world domination.

The reality is that an adversary like News Ltd is simply too big a monster to slay. And just like the Lernaean Hydra of Greek mythology, if you ever did manage to cut off one of its heads, two more would grow back in its place. It’s a study in futility.

And so the serpent has struck again, this time in the midst of a painful saga that was still unfolding. While touching sentiments such as #illridewithyou were emerging across social media, demonstrating all that is good in Australian society, the Murdoch juggernaut instead opted to incite angst and contempt, encouraging all that is bad. While other chose to unify, this newspaper sought to divide.

It should come as little surprise then that Rupert Murdoch’s first tweet in the aftermath of the siege in Martin Place spoke not to his regret, his sympathies or his horror, but rather to his pride that the Daily Telegraph was the only media outlet to catch the bloody outcome at 2am.

“AUST gets wake-call with Sydney terror. Only Daily Telegraph caught the bloody outcome at 2.00 am. Congrats.”

With compassion like that at the head of the empire, it’s little wonder that its many minions find themselves at the bottom of a deep moral abyss.