We don't actually know anything about what is going on at the Lindt Shop in Martin Place, beyond the fact there's a siege, some hostages, and a flag in the window.

But why should that stop us from bringing you the news?

So, in the spirit of Australian mainstream news reporting, New Matilda brings you 10 predictions (which we're parading as fact) that will either definitely, probably, possibly, or possibly not unfold over the next few days.

Stand by for the Muslim bashing
1. Across Australia, but particularly in Sydney, there will be an immediate spike in the number of reports of abuse and violence directed against Muslims, in particular Muslim women.

A boost in the polls
2. Tony Abbott will enjoy an immediate lift in the polls. There’s nothing like a little fear and loathing to bring the punters back on side. But it will likely only be a brief boost – you can only make sausages look like rib fillet for so long.

Small targets, smaller minds
3. Bill Shorten and Labor will agree with everything that the government says –small target strategy from the self-proclaimed big thinkers.

When in doubt, make it up
4. Countless media identities and journalists will disgrace themselves and their profession by reporting wild speculation as fact. When you’re reporting a big story on a 24 hours news cycle, and you have no idea what’s going on, you need to fill the gaps. Anything that moves is news, and if it doesn’t move, give it a push. 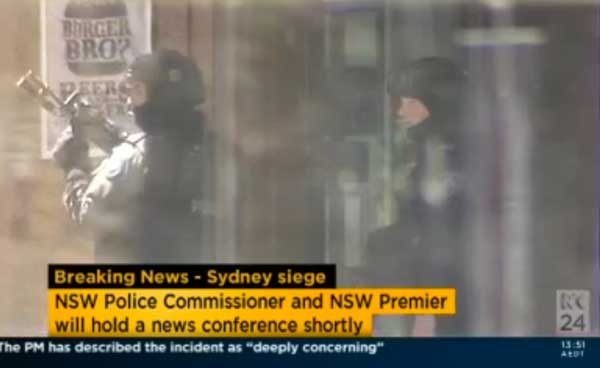 The rules are there are no rules!
5. Fairfax’s reporting will be as sensationalist and Islamophobic as News Corporation’s. ABC will only be a heartbeat behind (having already broadcast an interview this morning with a former adviser to Joh Bjelke-Petersen who speculated – or in his words used ‘deductive reasoning’ – that the hostage-takers had not planned on ending up at the Lindt store, but were trapped there). During big news stories, the rules of journalism are seen more as ‘broad guidelines’. 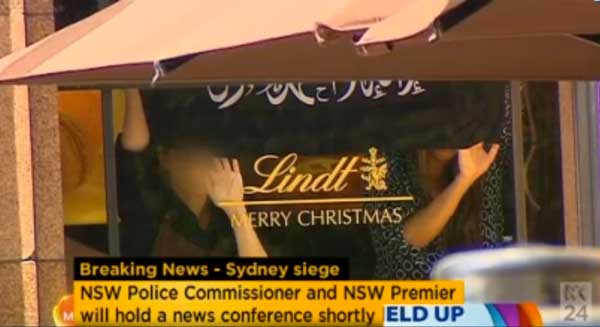 More Muslim bashing
7. Just as Christian churches all over the nation were attacked in the immediate aftermath of the 1996 Port Arthur siege, Mosques around Australia will be vandalized. Because, naturally, if the siege is in fact being perpetrated by Muslim extremists, then all Muslims (and all symbols of Islam) are fair game.

It's all about Lakemba
8. Google News mentions of the suburb of ‘Lakemba’ will skyrocket over the next 48 hours, regardless of whether there are any links to the suburb.

Thank goodness for our leaders
9. Corey Bernardi will say something bone-jarringly stupid and offensive about the burqa. Jacquie Lambie will join him. Meanwhile women wearing the Hijab will be the ones targeted for actual violence.

And thanks to the coppers
10. The NSW Police – for all their occasional failings – will distinguish themselves throughout this incident, and lead the call for community calm.

Bonus prediction: Headbands will now be 'a thing'.

And a bonus Christmas wish
11. New Matilda sincerely hopes that NO victims emerge from this incident. Both from inside the Lindt store, and from outside it.