The self-appointed “Prime Minister for Aboriginal Affairs” Tony Abbott has reiterated the legal fiction of “terra nullius” stating that Australia was “nothing but bush” before British invasion and called pre-colonisation civilisation “extraordinarily basic and raw”.

Mr Abbott made the comments to an international business breakfast in Sydney this morning in an audience that included British Prime Minister David Cameron, who was in town before the G20 summit in Brisbane this weekend.

While Mr Abbott has said he would make lifting the disadvantage of Aboriginal and Torres Strait Islander peoples a priority for his government, he has again wiped the oldest continuing culture on earth from the history books.

“As we look around this glorious city, as we see the extraordinary development, it’s hard to think that back in 1788 it was nothing but bush and that the Marines, and the convicts and the sailors that struggled off those 12 ships just a few hundred yards from where we are… must have thought they’d come almost to the Moon. 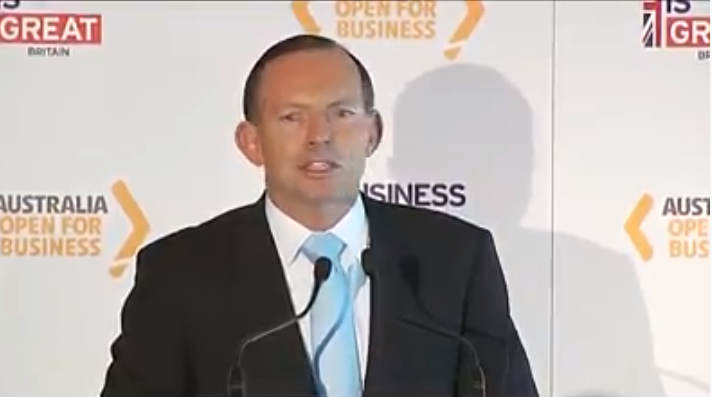 But Mr Abbott did not mention the hundreds of Aboriginal nations who made this land home for almost 60,000 years, who managed the vast swathes of country under an extraordinary and complex land management system that incorporated aspects of their spirituality.

He also did not mention that the belief there was nothing in Australia but bush was overturned in the 1992 Mabo High Court decision, which paved the way for the Native Title Act, a weaker form of land rights.

Aboriginal people haven’t been seen as "flora and fauna" since the 1967 referendum.

This isn’t the first time Mr Abbott has made some questionable comments about black history.

Earlier this year, he named white settlement as Australia’s “defining moment” despite it leading to thousands of Aboriginal deaths, as well as the stealing of Aboriginal land, children, wages and remains.

"It was the moment this continent became part of the modern world."

As Opposition leader, Mr Abbott also said Aboriginal people had to move on during an interview on Survival Day, where First Nations mourn the atrocities that occurred following the arrival of the British.