“The way of the reformer is hard."

It’s a measure of the smaller and meaner dimensions of Australian democratic debate in 2014 that his passing has immediately spurred an outpouring of grief and remembrance.

Even before his death, Whitlam assumed an almost mythical position in Australian political memory. His very name is one to conjure with – an allusion to social democracy and political liberation, and soundtracked, inevitably, by Paul Jones’ and Mike Shirley’s election jingle, 'It’s Time'.

Whitlam was born in 1916 to a middle-class family of upward mobility. His father was a distinguished lawyer who later became a Commonwealth Crown solicitor, and as the child of a federal public servant, Whitlam spent much of his youth in middle class surrounds. As a young man he lived in Kew, Mosman and finally the adolescent capital of Canberra, before going on to study law at the University of Sydney, interrupted by three years in the air force after 1942. 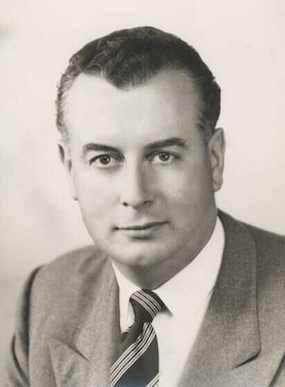 A family like this was almost the caricature of the Menzian Liberal classes, and indeed suspicion of Whitlam’s origins would always linger in a party led by train divers and labourers like Ben Chifley and Eddie Ward. But Whitlam’s father was an early proponent of human rights, and Labor also contained figures like the extraordinary Herbert Vere Evatt, a legal prodigy committed to liberal internationalism and the creation of a new United Nations.

The end of the Second World War saw a flood of progressive optimism in the English speaking democracies, with Labor, Labour and the Democratic Party holding power in Australia, Britain and the United States. It was a time of great commitment to the building of a fairer and better society, particularly by returning veterans, who did not wish to repeat the geopolitical mistakes of the 1920s or the economic ruin of the 1930s. When, in 1945, Whitlam joined the Australian Labor Party, he was but one of a wave of youthful talent throughout the western world committed to the principles of full employment, a managed economy and social democratic reform.

But Whitlam’s future in the Labor Party was to be marked by long frustration. In 1949, after a tumultuous coal strike and the failure of Chifley’s plans for bank nationalisation, Robert Menzies led the Liberal Party to victory. Characteristically, Labor struggled in opposition, losing a number of close elections under Evatt as leader, and then catastrophically splitting in 1955.

Menzies and his unique blend of conservative social values and protectionism would go on to dominate Australian politics for more than two decades after the war.

This was the Australia of Donald Horne’s Lucky Country – a prosperous and complacent place that was also intellectually provincial, racially segregated and profoundly disconnected from its Asian neighbours. Australia, Horne wrote, was “run mainly by second rate people” who “so lack curiosity about the events that surround them that they are often taken by surprise.”

Horne was mainly criticising Menzies and the unadventurous business leaders he rightly saw as cosseted by industrial protection. But there was no shortage of second-rate talent in the ALP of the 1960s, either. Then as now, the party was notoriously controlled by union bosses and factional warlords. Riven by old hatreds and vendettas, the party remained wedded to outdated policies including nationalisation of industry and the White Australia policy.

In 1963, these rigidities were famously encapsulated by a Daily Telegraph story commissioned by Alan Reid. It featured a photograph of Whitlam, then deputy, and his leader Arthur Calwell marooned outside the Kingston Hotel, while the party bosses in the ALP federal committee met inside to decide the party’s election platform. Throughout the 1960s, Whitlam, allied with younger party reformers such as John Menadue, John Button and Race Mathews, worked hard to effect internal Labor Party reform.

As Paul Keating wrote today in a short statement about his passing, Whitlam “renovated the Australian Labor Party, making it useful again as an instrument of reform to Australian society.”
Even when Whitlam came to lead the opposition in 1967, success would prove elusive. Though Menzies departed, the Coalition held stubbornly to office in 1966 and 1969, winning narrow majorities even as Australian society convulsed with new social movements like feminism, Indigenous activism and the anti-Vietnam War movement.

Whitlam’s legacy, then, is as much to do with the peculiar contingency of his long-delayed electoral victory as it is the substance of the reforms he introduced. By 1972, the appetite for change in Australian society was palpable, and Whitlam’s own thwarted ambition was finally afforded the opportunity to implement a profoundly progressive program of social and legislative reform. When it came, he seized it with both hands, embarking on a whirlwind of legislative change that has never been matched, before or since. Appointing himself and deputy Lance Barnard to all the cabinet positions for the first fortnight of his government, Whitlam ended conscription, recognised communist China, applied sanctions against South Africa, and embarked on an ambitious program of support for the arts.

The reforms rolled on once his full cabinet was sworn in: the establishment of legal aid, the abolition of university fees, the creation of a national art gallery, and an ambitious agenda of nation-building including rail and road grants and the development of Albury-Wodonga.

The Whitlam government’s reforms were social democratic in character and legislative in their achievement. For the first time in Australian politics, feminism received an official recognition, in the form of an office for women in the Prime Minister’s Department. Women were appointed to senior bureaucratic posts.

In perhaps his greatest contribution to the reduction of social misery, Australia’s archaic divorce laws were finally liberalised, allowing for the “no fault” dissolution of marriages. “The only test of a marriage is whether both parties agree to maintain it,” Whitlam said.

Australia’s dismal history of race relations was also addressed. The White Australia policy was finally ended, allowing meaningful multicultural immigration for the first time since federation. The Racial Discrimination Act established the right of all Australians to equal treatment under the law, regardless of their race or ethnicity. A department of Aboriginal Affairs was created, as was an Aboriginal Land Rights Commission.

Most famously, Whitlam travelled to Wave Hill in the Northern Territory to exchange a handful of sand with Vincent Lingiarri of the Gurindji, symbolising the return of the Vestey pastoral lease to Aboriginal hands.

Whitlam’s social and economic reforms were every bit as important. Funding was ploughed into education, including to non-government schools for the first time. Universities were greatly expanded, as was funding to the arts and culture. A national, universal public health system was created.

But Whitlam also reduced tariffs, something which is almost forgotten these days. In doing so, Whitlam’s government laid the foundation for Australia’s modern mixed economy, in which public provision of essential services blends with the free operation of private enterprise.

Of course, the Whitlam government will forever be remembered for its turbulent end. The bold reform decisions had included big increases in public spending; these ran head on into the global economic crisis of 1973-74. The result was galloping inflation and deteriorating unemployment: the dreaded stagflation that so immiserated western economies in the second half of the 1970s. It was Whitlam’s unique misfortune to be implementing a social democratic agenda at the very moment that the post-war Keynesian moment was ending.

Whitlam was also up against a conservative opposition that remained fundamentally unable to accept the legitimacy of a Labor government.

Despite several election victories, the Coalition routinely blocked Labor policies. Scandals didn’t help: the desperate search for international finance culminated in the notorious Khemlani loans affair. After Malcolm Fraser became opposition leader in 1975, the Coalition took the nuclear option of blocking supply – voting against the government’s Appropriation Bills in an attempt to shut down the federal government.

Whitlam’s resulting dismissal by Governor-General John Kerr (his own appointee) has, of course, coloured assessment of his government ever since. But it is entirely possible that the Whitlam government would have been defeated in 1977 anyway. As the extraordinary events of November 1975 fade from memory, the lasting legacy of Whitlam’s government emerges unscathed.

One way to measure that legacy is the degree of animosity that Whitlam’s achievements still generate amongst right-wing politicians and think-tanks. In 2013, the Institute for Public Affairs’ John Roskam published a think piece calling for an incoming Abbott government to “be like Gough”.  He helpfully provided no fewer than 75 neoliberal and conservative policy positions which the Abbott government could adopt (number one on the list? “repeal the carbon tax”). The substance Roskam’s agenda was, in essence, to roll back forty years of progressive achievement and return Australia to the pre-Whitlam era.

Within days of gaining office, Tony Abbott had begun to break his stated election promises and implement many of the ideas put forward by Roskam and the IPA.

Since 1975, Whitlam’s achievements have never been under greater attack than today. The Abbott government is re-privatising higher education, and is attacking universal health care with a $7 co-payment. It has already had a go at rolling back the Racial Discrimination Act. It remains viscerally opposed to environmentalism, to feminism and to any meaningful advance of Aboriginal and Torres Strait Islander equality.

Indeed, Whitlam’s passing shows that the ideas that he stood for – of social democracy, of universal social provision, of progressive law reform and of a cradle-to-grave welfare state – are now in eclipse. Just as in the 1950s, a conservative government is making Australia a less equal society. The Labor opposition is helmed by a weak and ineffectual leader, and there is a 1950s split in the progressive vote between Labor and the Greens (although at least the ALP can still rely on Greens preferences).

Beyond these observations, Whitlam’s death also brings to the fore the creeping generationalism of Australian politics. As a thirty-something, I am too young to remember Whitlam as an active politician. To Australians in their teens and twenties, we may as well be talking about Billy Hughes.

Hence, for most younger Australians, Whitlam’s memory has already assumed a mythic character. If he is anything to younger progressives, he is a kind of folk hero from a time of progressive politics, before terrorism, before the internet, before the triumph of money as the sole measure of social worth.

In that respect, the end of Whitlam’s long and distinguished life is a wake-up call: a reminder of what's possible when citizens and politicians look to something greater than the advancement of a single person or a single social class. Let us hope it helps Australia to recall a time when progressive politics was still optimistic and forward-looking.

Despite the many challenges faced by those seeking a fairer and more just society today, Whitlam is a reminder that genuine passion and commitment can still triumph in the pursuit of social goals.