The scale of destruction is staggering. Yesterday with the truce, we were able to go to Beit Hanoun and Shujayah, small towns that are found close to Erez, the crossing point into Israel.

It's really not the same seeing footage of the destruction and to have it in front of you, making eye contact with people who are searching under the rubble for cushions, blankets….

In Beit Hanoun and Shujayah, there were mostly apartment blocks, much like in the suburbs. The closer to the border, the more impact of the shelling and tank fire you see.

These were areas where the Israeli army had told inhabitants to evacuate.

The last block is a skeleton of poles holding a few layers of concrete. People are sat in front of the ruins – dazed.

They left with their children and the clothes they had on. Now they come back and see that everything is destroyed, burned.

These are the poorest neighborhoods of Gaza, where rent is cheaper because they are the most exposed to shelling. It is the poorest who have lost everything.

In Beit Hanoun, whole streets are no more than piles of rubble. Residents have written on banners or sections of walls that are still standing. 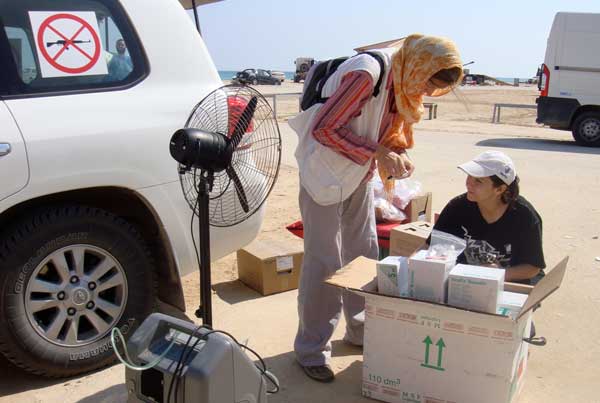 In Haiti after the earthquake, I saw the same level of destruction, except here it is not because of a natural disaster.

The Wafa hospital was bombed, the walls of a center for children with Down Syndrome have holes everywhere.

In contrast, the Kamal Edwan hospital was not affected. During the war, it served as an advanced medical post. It treated minor injuries and transferred the most severe cases to Shifa Hospital in Gaza City.

We, Médecins Sans Frontières, had made a donation of solutes, compresses, gloves and mattresses because they also lacked beds.

Now they care for those wounded by the conflict, in addition to the usual patients, the chronically ill.

The wards are always full and displaced families come to sleep there at night. 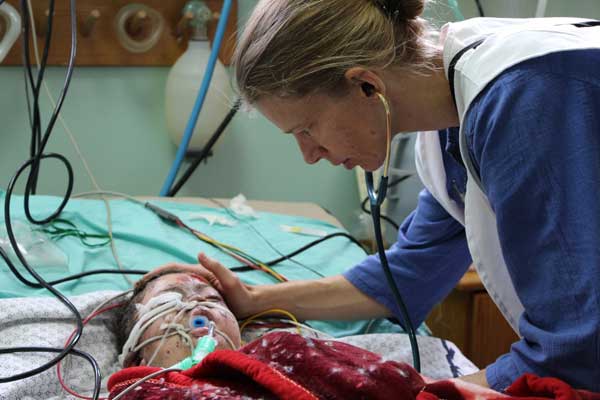 During the day, those who have been displaced take advantage of the cease-fire to retrieve belongings in the ruins of their home.

Internally Displaced Persons (IDPs) also live in schools, in shops that owners open to their relatives. Others are crowded into apartments. People showed us their homes, well what's left of them. It's heartbreaking, but what can we do? It will take years to rebuild everything.

Today, it's quiet. There are only drones circling above our heads, permanently, in peace-time and during conflict. Night and day you can hear their continuous hum.