Thirteen Victorian and Australian legal, human rights and civil society organisations have this week called for a transparent review of both the new Victoria Police Act 2013 and the Independent Broad-Based Anti-Corruption Commission Act 2011 in order to ensure Victoria’s legislation complies with the International Covenant on Civil and Political Rights.

In a four-page joint letter, addressed to Premier Denis Napthine, the Attorney General, Leader of the Opposition and shadow ministers, the organisations urge a substantive response by the State of Victoria to the recent findings of the United Nations Human Rights Committee on the long-running case of Victorian woman, Corinna Horvath.

Ms Horvath was brutally assaulted, along with her friends and partner, by a group of police during an unlawful raid on her home in March 1996.

The police officers’ gross acts of violence left her with a fractured nose and tooth and rendered her unconscious, after which she was unlawfully arrested and detained. Her injuries required surgery and five days in hospital. 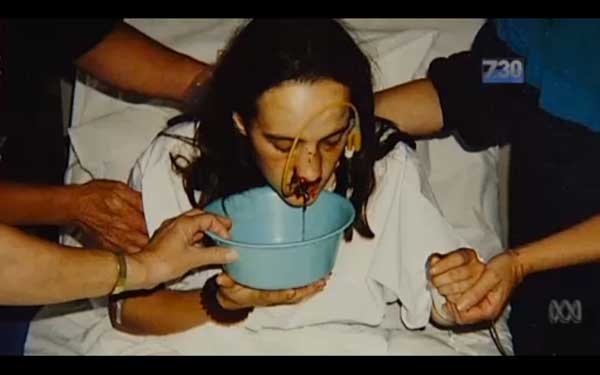 In late March this year, the UN Human Rights Committee delivered a powerful condemnation of the failure of Victoria’s laws to provide adequate remedies to victims of police violence in the of Horvath v Australia (‘Horvath’) decision.

The Committee found that Australia (and by necessity, Victoria) is under an obligation to:

2. Amend the law to guarantee that victims of police human rights abuses are adequately compensated; and

3. Ensure that allegations of human rights violations are promptly and thoroughly investigated by an independent, effective and impartial complaints body.

According to the joint letter, “Victoria’s inadequate response to complaints of misconduct by police has been a recurring issue in Victoria for decades and is damaging to not only community trust in police, but also public confidence in societal institutions.”

The UN decision addresses critical policing issues that have plagued the Victorian community for decades, including ongoing impunity for police violence, the need for victim centred accountability mechanisms to be reflected in our laws and the need for a properly resourced, impartial investigative body independent from Victoria Police to promptly and effectively investigate complaints of police misconduct.

If the Victorian and Australian Governments take their obligations under international law seriously, the UN Human Rights Committee’s decision should bring an end to the practice of police investigating themselves in relation to allegations of serious misconduct and ensure greater policing standards by our force, for the benefit of all Victorians.

For Corinna Horvath, who was 21-years-old when eight police officers stormed her home then proceeded to bash, handcuff and drag her unconscious outside to a police vehicle, reform of the law is too late.

But as she told ABC 7.30, “It’s bigger than me now. It's not about me. It's about everybody else who ends up in my position.”

The injustice remains for so many of our clients and other Victorians who suffer at the hands of police members.

The first, there is no obligation upon the State to discipline police officers found guilty of serious misconduct by our courts.

In Corinna’s case, despite the County Court and Supreme Court of Victoria finding the offending police liable for trespass, assault, wrongful arrest, false imprisonment and malicious prosecution, the police were never disciplined. 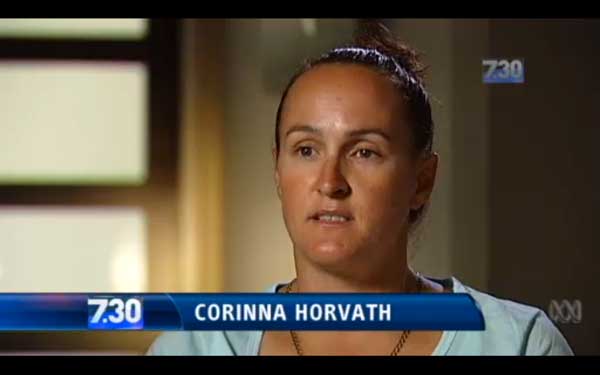 The complaint brought to the Ethical Standards Department of Victoria Police was dismissed and never reopened.

If a teacher seriously assaulted a student and was found to have committed assault by a court of law, it is hard to imagine that they would not be disciplined – the community would not accept the Education Department promoting them or quietly moving them on to another school.

When it comes to police misconduct, however, all too often impunity reigns.

Again, turning to Corinna’s case, a number of the officers who assaulted Corinna all those years ago and were found guilty of multiple abuses of power were promoted and are still serving today in senior positions.

The second flaw in our police justice system is this: Whilst it does expand the responsibility of the State for unlawful actions of its police officers, the new Victoria Police Act 2013 (which only came into operation on July 1 this year) still fails to adequately provide a remedy.

Under the new Act, the State will be liable for torts committed by police officers in the performance or purported performance of their duties unless the conduct giving rise to the tort involves “serious and wilful misconduct”.

Many police torts may fall under this exception for serious and wilful misconduct. Perversely, the worse an officer’s conduct, the more likely it will be that the State will not be liable under the exception.

These requirements create significant legal and practical barriers to obtaining compensation for police wrongs and impediments to fulfilling the human right to an effective remedy.

In light of Horvath v Australia (2014), the Victorian Government should remove the exception for serious and wilful misconduct.

Thirdly, police remain principally responsible for investigating themselves, and all too often they find themselves innocent of any crime.

This is a disservice to the community and places our community in danger of rogue officers who are protected by the force and the State.

Instead of police investigating police, we need an adequately resourced independent authority to investigate complaints of police abuse.

Although the Independent Broad Based Anti-Corruption Commission has the power to investigate police misconduct, it largely restricts itself to allegations of corruption, and the overwhelming majority of misconduct complaints received by IBAC are referred back to police for investigation.

The current approach benefits no member of the community except for police officers who abuse their power.

The reputation of the entire force, and the trust and safety of the community is undermined through the persistence of the State trying to defend a system that has now been undermined by the UNHRC’s decision.

So where to now?

The UNHRC has directed Australia to review its legislation to prevent future breaches of the ICCPR and provide an effective remedy to Corinna Horvath.

It’s now up the Victorian parliament to put this in place.

Reforms to our police misconduct processes will instil confidence in our force and ensure ‘bad eggs’ don’t smear the reputation of the entire police force.

Police officers who have seriously injured others should not be on our streets, and Victoria, the only state with a Charter of Human Rights, can and should be a leader in the protection of our human rights.