Joe Hockey recently stated that Australia needed to be a nation of “lifters, not leaners”.

This thinly veiled attack on the poorest and most vulnerable members of our society is consistent with the ideology contained within the government's latest budget.

This rhetoric is regularly affirmed by mainstream media outlets, with programs such as A Current Affair spending a considerable chunk of air time attacking “dole bludgers”, people who are able to work but choose not to, having their income handed to them by the tax payers.

Liberal Senator Fierravanti-Wells described being on Newstart and income support as a “lifestyle choice”.

What these demagogues fail to realise is that these “dole bludgers” who live the lives of leisure that the right-wing regularly characterises them as having, actually live well below the poverty line, the top payments rarely exceeding $300 a week.

In contrast, a backbencher in Parliament earns more than eight times that amount, totalling $190,550* a year before allowances (the allowances alone total the amount of money a top end Newstart recipient gets in a year).

This does not begin to cover the superannuation schemes, the offices, the communications costs and the travel expenses, all supplied by the taxpayers.

Naturally, most of these payouts are doubled for the Prime Minister (who earns half a million dollars every year) and other frontbenchers.

This certainly conflicts with the cries of this government demanding the “age of entitlement” come to an end.

While the rest of the country are being told to tighten their belts, our politicians enjoy a privileged and luxurious lifestyle, their incomes exceeding that of their peers in the United Kingdom.

Despite the LNP's hard line approach to fiscal conservative politics, it appears these ideals do not extend to their own pay packets.

Compare this to Uruguayan President José Mujica, who refuses to live in the Presidential Palace or accept a motorcade.

Instead, he lives in a one-bedroom home on a farm owned by his wife and insists on driving himself in a 1987 Volkswagen.

He also donates over 90 per cent of his $12,000 a month income to charities who support the impoverished and small entrepreneurs, opting to live on the same average earnings of his fellow Uruguayan citizens. 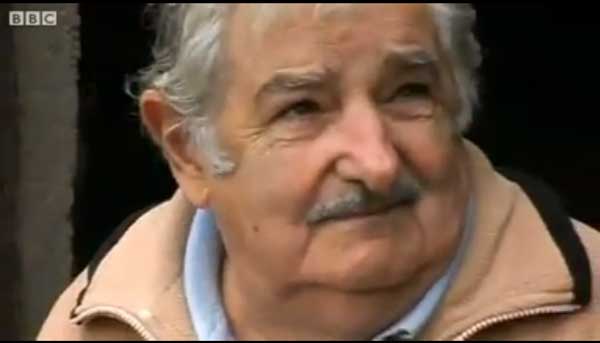 Imagine if our local politicians did the same. It would certainly lend more credibility to the idea that they are pursuing political careers for their want to serve the public, rather than securing themselves a tidy pay packet and pension deal.

But who are the lifters this government champions? Given that Australia is largely a resource-based economy, one could be forgiven for thinking the mining industry would fall into the category of “lifters”.

However, according to the Australia Institute, the mining industry received government subsidies of up to $4.5 billion dollars in the past year alone.

Receiving over $400 million in direct subsidies, the cost to the taxpayer is compounded by infrastructure the industry relies on, as well as tax cuts and loopholes to which the ordinary Australian has no access.

Australia's largest coal miner, Glencore, paid virtually no tax at all over the past three years, despite its $15 billion income.

They achieved this by taking unnecessarily large loans from their overseas associates, almost guaranteeing that not a single cent earned by them will stay inside our borders to benefit the Australian public.

Surely then the high income earners are helping to lift the burden of Australia's debt? With their sizable incomes and higher tax rates, they must be contributing at higher rates than the lower and middle income earners.

Unfortunately, this is simply another falsehood.

In 2010 in a report from the Australian Tax Office, 2,600 individuals identified as high wealth individuals contributed just 1.2% of the tax paid by individuals and 5% paid no tax at all.

How can the LNP justify the highest of income earners paying no tax whilst demanding more of low-income earners who already struggle to make ends meet?

These assessments by the ATO do not take into account the significant deductions made by these wealthy individuals, as well as access to tax planning opportunities that facilitate tax minimisation.

Also omitted are the resources to support their lifestyle that don’t include taxable income, which includes assets such as home and business properties, as well as high-end private transportation.

An Oxfam report released recently detailed the wealth of the top one per cent of Australians, who now own as much money as the bottom 60 per cent of income earners.

The report also noted that the top nine richest Australians (which includes mining magnate and strident LNP supporter, Gina Rineheart) have a net worth of US$54.8 billion, which was more than the combined bottom 20 per cent of the population, or 4.54 million people.

Roosevelt Institute Senior Fellow and Nobel Prize Laureate economist Joseph Stiglitz has warned the world the price to be paid for growing inequality, which will be a weakening economy and a reduction in economic growth.

This certainly flies in the face of Joe Hockey's claims that the LNP will create “equality of opportunity” for Australians.

Economic modelling by National Centre for Social and Economic Modelling has found that the lowest income earners will be the hardest hit by Mr Hockey's federal budget, with the possibility of losing up to 15 per cent of disposable income for those earning under $60,000 per year.

The lifting appears to be done by those in our society who are least equipped to bear the weight of such economic burden.

This reduction of disposable income will inevitably affect our economy.

Lower income households and individuals spend a far greater percentage of their money than that of millionaires and billionaires.

Venture capitalist and entrepreneur Nick Hanauer points out that the “annual earnings of people like me are hundreds, if not thousands, of times greater than those of the median American, but we don’t buy hundreds or thousands of times more stuff. My family owns three cars, not 3,000… I can’t buy enough of anything to make up for the fact that millions of unemployed and underemployed Americans can’t buy any new clothes or cars or enjoy any meals out.”

With the LNP seemingly embracing American-style policy in its latest budget, this should be of great concern for those hoping to grow and expand Australia's economy.

Whilst A Current Affair may continue to vilify and demonise welfare recipients as “lazy, dole bludgers”, very little has been said about the taxpayer supplied incomes of our politicians, nor any mention of the significant amount of money dedicated to corporate welfare, which only benefits the wealthiest and most elite of our society.

Make no mistake, the LNP does support welfare, but only if it goes to their wealthy campaign financiers and political contributors.

Those who struggle to make ends meet will continue to be ignored and denigrated by our government.

This is no longer the country of the “fair go” or the champion of the “Aussie battler”.

Australia is now becoming the country of the oligarchs, the plutocrats and the crony capitalists.

* NOTE TO READERS: This article has been corrected. The original base salary of MPs was out of date.