One of Australia’s most loved, albeit retired, TV personalities, Andrew Denton has made a brief return to the screen to deliver a stinging rebuke to the Abbott Government.

But it was no ‘party political’ spray from Denton, long-time host of ABC’s Enough Rope and a two-time nominee for the Gold Logie. Denton also took aim at the Labor Party, who he describes as “unelectable” and the Greens, who he labels ‘strategically ineffective’.

Denton’s appearance is featured on Pedestrian.Tv, a video website which claims the highest traffic for Australians aged 16 to 35, was listed on the BRW Fast 100 List and has been a finalist in the Mumbrella Awards Media Brand of the year category.

Denton’s comments begin with the trademark humour he’s famous for: “Do I have a message for Tony Abbott? Yep, duck.”

“It’s the great tragedy… of our time, that we have the most radical right-wing government that we have ever elected in the history of our country, and a Labor party which apparently stands for nothing.

“I think there’s a lot of people in the middle, both Liberal and Labor, who are really alarmed at the choices we face.

“So it’s not just a case of what Tony Abbott’s doing, even though he’s the man in power. There are great questions about the viability and the future of the Labor Party in this country.

“What makes that even harder is the Greens who have tremendous rhetoric, are strategically not very effective in what they do.”

“Were I the Prime Minister, the one thing I wouldn’t be doing is attacking education, because as studies have shown, the greatest wealth and strength of any nation is not its army – it’s its intellectual capital,” he says.

“If we want to be competitive we need to be smart.

“While I accept that the previous education funding model many not have been as effective as we thought, I don’t think taking billions of dollars out of education as a starting point is a good thing for our future.” 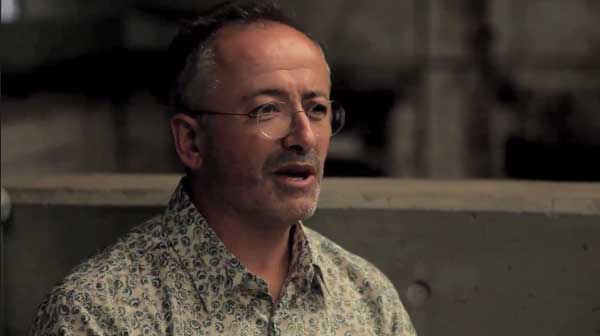 Denton, who wields strong influence with younger audiences, also had a message for the government on its funding cuts to the ABC, and in particular for news Limited, an “American company run by an American citizen” which had led a
“blatant and commercial campaign to cut the ABC down”.

“[News Limited] is a company which doesn’t have your interests at heart; which is about its bottom line profit; which has meddled in the politics of this and other countries for its own gain; which has been responsible for some of the great journalistic outrages [of our time], the phone hacking scandal in England being the most recent.

“That’s what’s actually happening here. This is not just about a political ideology which the Liberal Party had, it’s actually about an attempt to take away from Australians their voice, their critic and their questioner of those in power, and replace it with an American multinational with an extremely dodgy record and a very low moral compass.”

At its peak in 2004-05, Enough Rope was one of the highest rating programs on Australian television, routinely attracting more than one million viewers to the ABC each week.

Denton announced his retirement from the industry just over a year ago, after his company Zapruder's Other Films merged with production company Cordell Jigsaw.

"When we shook hands and merged 18 months ago, it was on the understanding that I was keen to take a long break," Denton told the Herald.

"Now I’ve decided to make that a break from television altogether.

"It’s been a full-on 13 years and, for the next little while at least, I am going to try my hand at being Australia’s most unlikely, least-laid-back, hippie."

Denton, however, may one day return to our screens more permanently – his buyout from Zapruder came with a ‘first look’ clause if he ever makes a return to Australian television.

We live in hope….